For the last three decades or so there are around 10 thousand Indians (PIOs/NRIs) living in Sweden. The community comprised of Ugandan Indians ousted by Idi Amin in 1971, qualified academics, small traders, skilled and semi skilled workers. Later in the 1990s a large influx of IT professionals took place apart from professionals of business houses having businesses in Sweden. Some of them are really doing well with Vicky Chakravorty on the top.   Another very successful businessman, I know, is Sami Sood. There are many more who have done well. The profile of the community is quite good particularly in terms of  general living standards as compared to other developed countries. 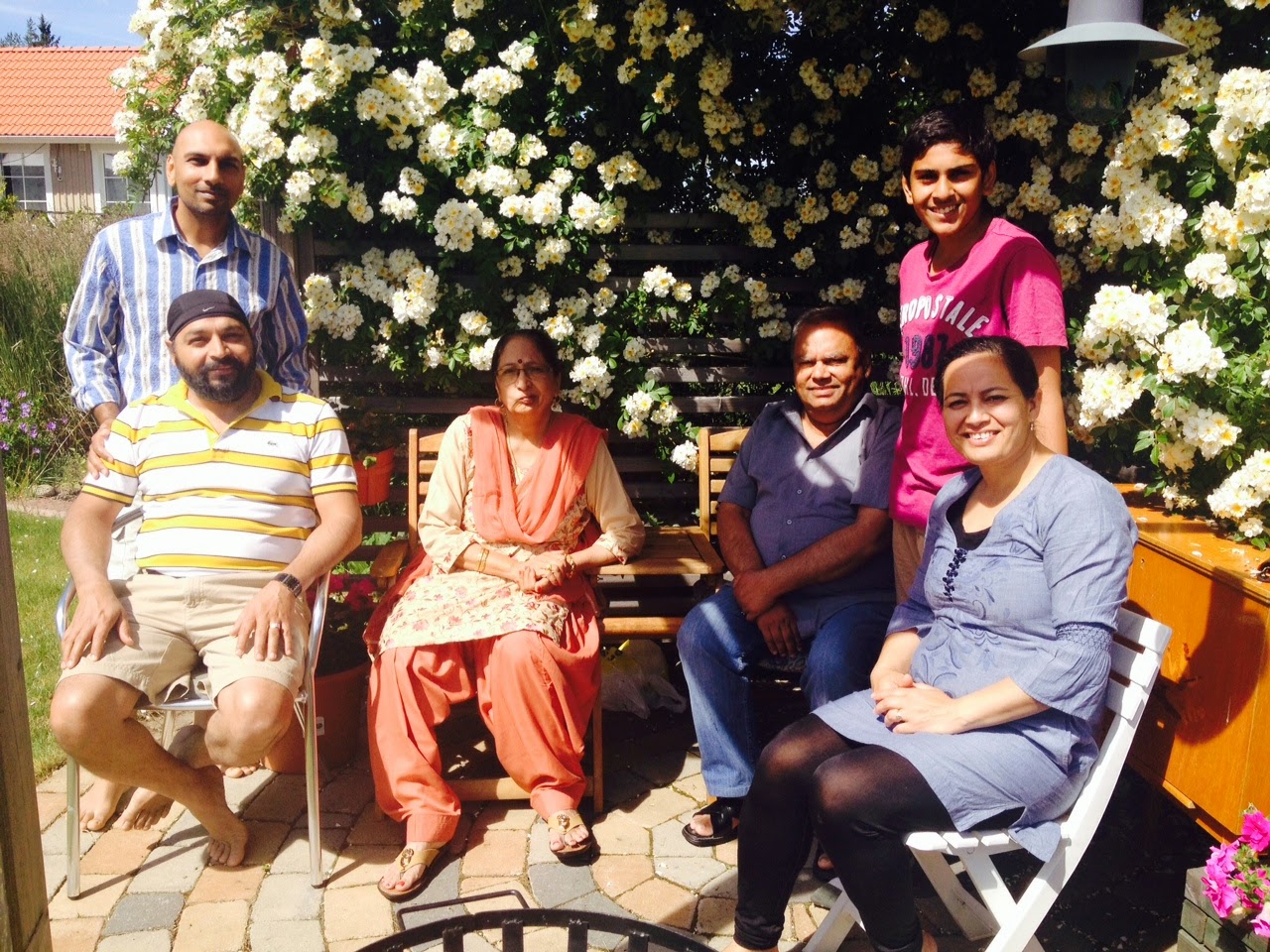 Yesterday, July 11, Inderpal Singh and his gracious wife Poonam, a close friend of my son Naresh, invited us for an informal family breakfast at his newly built beautiful and spacious villa at Knivsta on the way to another big city Uppsala. It was a an enjoyable drive and morning with Inder. After instantly made hot Puree and Chhole served in their spacious and well equipped kitchen we sat and played in their beautifully laid garden. My grand children Pallavi and Arvind were 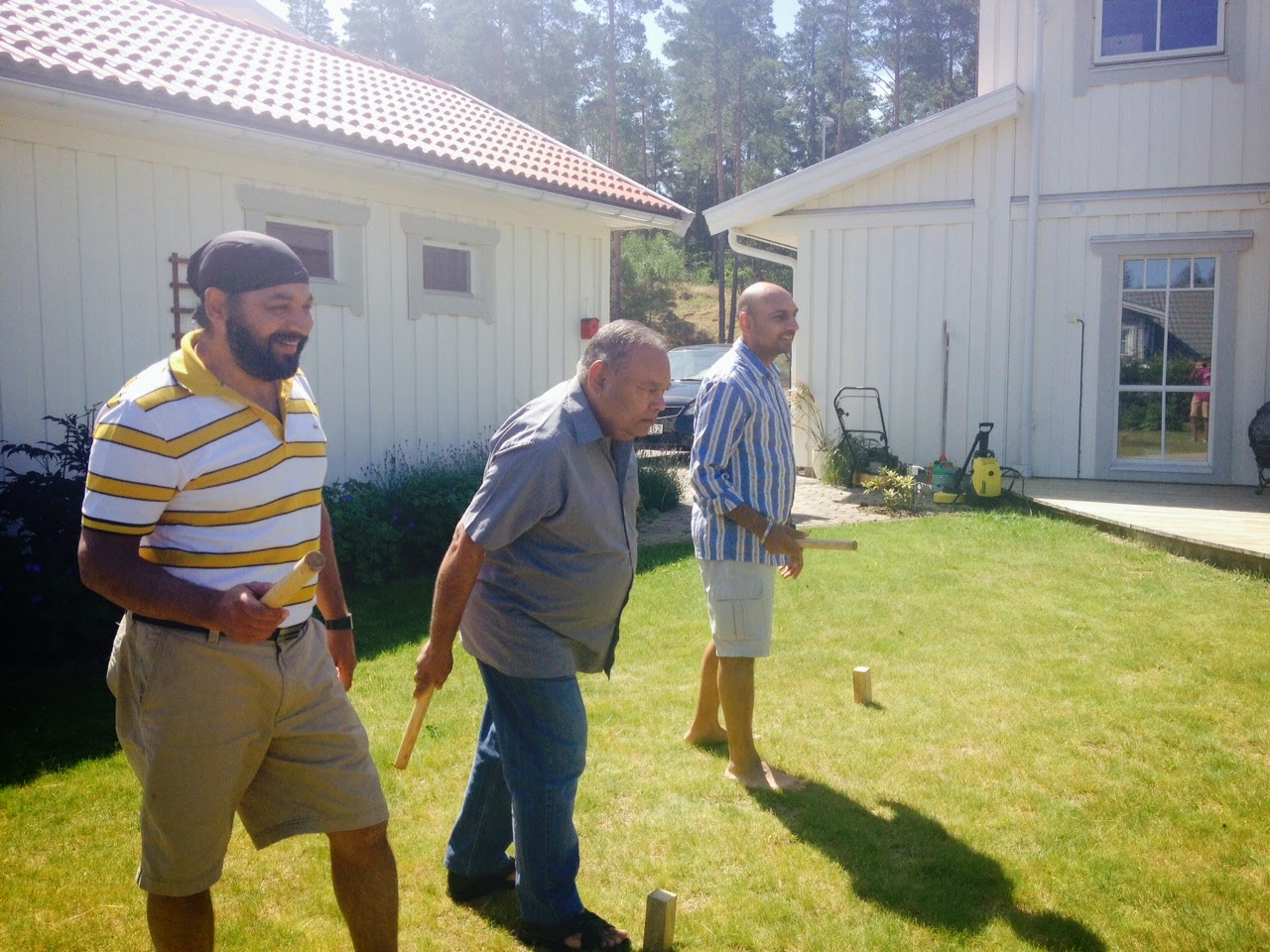 particularly happy to play the game of Boule, said to be a French game to be played in home lawn. Inder is a young qualified Engineer who has done well in business . I was told that he was declared as one of the pioneer businessmen of the year in Uppsala commune. I felt good.

It is already half past six in the evening, in a short while we will go to a friendly dinner with Anju and Sunil Bruta.

Posted by ramesh chander at 7:38 PM