Dealing with China – Out of the Box Diplomacy

Dealing with China – Out of the Box Diplomacy

Much has happened since 1962- October 20 of 1962 is still alive in the collective memory of India when China humiliated us in a short war in Ladakh and NEFA regions, in shaping relations between India and China. China was always aggressive and dominating in dealing with India and its leadership and more so after the events of 1962. India on the other side opted to be accommodative and reconciliatory to ‘appease China’ and buy peace as often analyzed by experts. But it has been amply demonstrated and proved that peace and respect 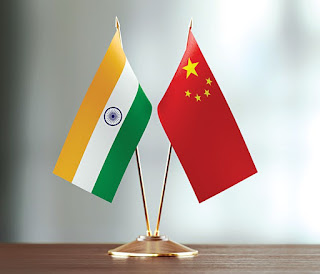 cannot be purchased, it has be earned and preserved by one’s own strength. India has failed; it seems, to convince China of its bona fide credentials to establish good relations with China as good neighbors to mutual advantage. What could be done? Nothing, as ‘we cannot change our neighbors’. We are to live with them. China’s policy is clear and loud. It wants India to remain on toes and distracted to find its due space in the comity of nations on one hand and keep India engaged in non-productive pursuits to retard its internal development and prosperity. It will remain so and we are to live with it.

I have no intention of going into the usual facts and figures but to confine my observations to the ground realities with particular reference to the ongoing standoff – military, political and diplomatic – of which there is no solution in sight. There is also no point in harping on the said mistakes and errors done by our leadership from Jawaharlal Nehru to Manmohan Singh and the views of leaders like Sardar Patel, Babasaheb Ambedkar, Ram Manohar Lohia and the so called ‘nationalists’ of the BJP and RSS. PM Narendra Modi’s government enjoys an overwhelming majority in the parliament. PM Narendra Modi is assertive and decisive. His Ministers like Dr. S. Jaishankar and Hardip Singh Puri are consummate diplomats with proven track records as practitioners of diplomacy. It is time to act with ‘Out of the Box’ approaches to deal with China. We need to modify our China Policy accordingly. We are a democratic polity. The government ought to take the opposition into confidence and try to develop consensus on these issues. The opposition parties would, hopefully, understand the imperatives and behave responsibly in the larger interests of the country.

With this, not as an expert but an ordinary citizen, I come to the crux and list some of the points which could be considered as ‘Out of the Box’ which may be considered to deal with China as a dignified big country and also a responsible member of the international community. It is said that external policy of a country is an extension of its internal situation. First of all, we are to take care of our internal situation – social and communal cohesiveness, secular and

democratic edifice, economic development to better economically and socially marginalized sections of the society, economic self reliance and vocal for local as visualized by PM Narendra Modi and rightly so, impetus to ‘Make in India’ to strengthen the industrial base, mutually beneficial foreign trade. Once India becomes self reliant internally, we would be ready to face our external challenges more effectively including our on going and unending problems with our hostile neighbors like China, Pakistan and others. Here, I would confine this piece to only China with some suggestions ‘Out of the Box’ diplomatic, political and military responses.

-         Being ‘goody-goody’ with China has not worked. We are to learn to pay back in the same coin. Offence is also a mode of defense. We should not shy away from blaming and shaming China wherever and whenever such an opportunity arises to counter China’s considered approach and agenda on issues like – support to Pakistani terrorism against India, Kashmir issue, NSG, UNSC, instigation to neighbors etc. Why we should not exploit the human rights situation in China with particular focus on Uyghur’s in Xinxiang, Tibetans in Tibet? Indian Muslims and Tibetans living in India should be encouraged to interact and cooperate with their brethren in China with a view to stand with them in addressing their problems with China. We may always justify it as we are a democratic polity and an open society.

-         Accord Dalai Lama his due as a Head of the Tibetan Government in Exile. Support Dalai Lama in his crusade to safe guard autonomy and special status within China, keeping in line with our current policy on the status of Tibet.

-         Establish robust relations with Taiwan under the given situation and our adherence to ‘One China Policy’ like the USA.

-         Nail China on its willful repressive handling of situation in Hong Kong in consultation with the UK and other stake holders. We may always justify it as Hong Kong is the home of several lakhs of people of Indian origin.

-         Encourage people to people contacts among Chinese Buddhists and their Indian spiritual counterparts and brethren.

-         Work and cooperate with the USA, UK, Russia and EU to contain China in its ‘expansionist’ policies.

I know that it is easier said than done. These are sensitive and difficult issues which require ‘Out of the Box’ approaches to deal with our hostile and cunning adversary. But it is also a fact we are to deal with these problems willfully created by a hostile neighbor. Our China Policy requires an overhaul which only a strong and stable government can do by engaging the opposition and intelligentsia of the contrary in the process. Political will supported by our diplomatic skills is the answer. Hard decisions are needed with a pro-active approach rather than responding to the situations created by our adversaries. There is no other way. These are the personal views of a novice.

(How long will you remain silent? Create taste for complaint!
You should be on the earth, so your cries be in the heavens!)

Posted by ramesh chander at 4:12 AM No comments: