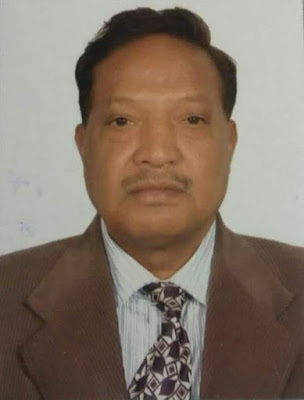 We are passing through a difficult time. This is for the 5th time in a short span of about 2 months that I had to write an obituary of my friends and people of sterling worth for the community and the society at large. Today it is for my close friend and an active and untiring community activist, Janak Raj Chauhan, about 65 years,
who succumbed to various ailments like diabetes on June 7. For the last couple of months, he was confined to bed due to acute fallout of diabetes. Though he was suffering from the disease for a couple of years yet he remained active and participative in all sorts of community activities with lot of grit and sense of involvement. We all will miss him and his always enthusiastic approach to deal with matters at hand.

I came know Janak only recently on my return to Jalandhar after retirement from diplomatic career in 2010 through my friend Ram Lal Dass. Janak took voluntary retirement from his coveted position of an officer in the Bank of Baroda a couple of years ago. Janak was the Convener/Patron of Society for the Poors’ Economic Development (SPEED) and he invited me to join them in their endeavors to do something concrete for the empowerment of the weaker sections of the society. It was a pleasure to work with Janak. I found him a man of commitment and total engagement with cross sections of the civil society with regard to his work for the community. It was Janak who introduced me or revived my connection with his associates and well-wishers like Principal Dr. V.K. Tiwari, Principal Dr. K.C. Mohindru, Prof. K.K. Ghai, DGP 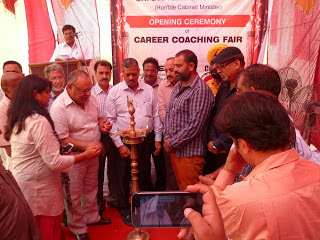 (Retired) Lubhaya Ram Jassi, IPS, Tax Commissioner (Retired) Joginder Baghe, IRS among others in the process. From this one can understand Janak’s level of engagement with the who’s Who of the civic society in and around Jalandhar.  Some years ago, Dr. Kshipra Uke and her husband Dr. Shankar Das, both scholars of the JNU, visited us in Jalandhar with regard to revival of Babasaheb Ambedkar’s unfinished task of establishing School of Politics in Jalandhar. Janak was very helpful in facilitating their work. With the help of one of his associates, Rajesh Virdi, he found a site in a close by village in Kale Bahian for the school and even made arrangements for the stay of interested students, who came from different parts of the country for the interview, at the Punjab Press Club. Janak, under the aegis of SPEED, arranged an introductory function for the visiting JNU scholars at Ambedkar Bhawan, a nerve centre of the community activities. Unfortunately, the school project could not take off, in spite of Janak’s unstinted support. Just to know a bit more about Janak, I spoke to our common friend, Ram Lal Dass before writing this obituary of our dear friend. Ram Lal Dass, who used to speak about some funny habits of Janak just in a lighter vein as a good friend, spoke very high of the departed soul. He told me that Janak was a gem of a man. He was a student activist, an alumnus of Jalandhar DAV College, from college days. They used to train poor students, particularly of dalit communities, for bank examinations for employment even after joining service in different banks. Janak Raj remained active during his service in the BoB as an office bearer of employees union to safeguard the interests of the employees. Janak Chauhan was a much respected person among his colleagues. I found that Janak was having and maintaining a close liaison with the media including Doordarshan and the community outfits like Desh Bhagat Memorial in Jalandhar. I recall that he invited me one day to his home near Maqsudan for recording an interview for a TV channel run by his close friend and associate Channa Sahib and enjoyed his hospitality over piping hot pakoras and masala tea.

I close this with heartfelt condolences to the bereaved family of my friend Janak Raj Chauhan. Janak was an asset of the family and the community. His going has created a huge vacuum which would be difficult to fill.