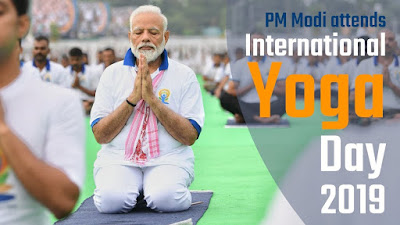 Even before independence of India from the British rule in August 1947, Indian intelligentsia remained engaged and active in spreading the message of oneness and solidarity based on the traditional wisdom “Vasudhaiva Kutumbakam” Soft power essentially refers to
a country’s ability to attract other nations through its culture, foreign policy and political values, rather than the use of military might. Home to one of the world’s oldest surviving civilizations and religions – Hinduism and Buddhism, its biggest ideological export, India's spiritual, artistic, and cultural impact make it a soft power.

The soft power of India has scattered her extensive social and civilizational heritage over millennia – Swami Vivekananda’s message of love and fraternity, Rabindranath Tagore’s international humanism. The Gandhian concept of non-violence, Nehru’s five postulates of Panchsheel (Peaceful Coexistence), Sarvapalli Radhakrishnan’s teachings of Indian philosophy, Dr. B.R. Ambedkar’s untiring efforts to establish a domain of equality and eradication of caste based discrimination and instill the values of ‘liberty, equality, justice and fraternity made India an important player in the comity of nations with considerable clout as a soft power globally. The religious leader of the Tibetans, His Holiness Dalai Lama explained, “India’s great tradition of religious tolerance can be a role model for the entire world”. The soft power has now been graced as the essential factor of the overall power of a nation. Soft power has also become an important and essential element in determining India’s foreign policy and strategic decisions.

In the recent years, it is a matter of great satisfaction that India, has and rightly so, demonstrated its worth as a ‘soft power’. Obviously, India’s foreign policy is fully geared to meet the challenges and demands of emerging international scenario. The first Education

Minister of India, Maulana Abul Kalam Azad founded the Indian Council of Cultural Relations (ICCR) in April, 1950 immediately after India becoming a Republic in January, 1950 on adopting and embracing the new constitution of India. ICCR, under the Ministry of External Affairs, has been doing a good job in establishing, promoting and nurturing cultural and educational relations with India’s counterparts internationally. India, in 2007, initiated the idea of promoting Non-violence - a ‘lofty Gandhian philosophy’ by declaring October 2, the birth anniversary of Mahatma Gandhi, as International Day of Non-violence under the aegis of the UNO. It was much appreciated in those days of ‘strife and tension ‘resulting in increasing violent
behavior throughout the world. With a view to ward off dangers to our mental and physical wellness, India took another appreciable initiative in promoting the Indian traditional and time tested system – Yoga for the benefit and advantage of humanity and convinced the UNO to declare June 21 as International Day of Yoga in 2015.

Soft Power is about winning the hearts and minds of people. It has come a long way and has the wherewithal of offering more to the world as a soft-power – the largest functional and vibrant democracy, one of the fast moving economies of the world. India can boast of having one of the best constitutions to govern the unique conditions of ‘unity in diversity ‘under the lofty tenets of equality and equitable order not only for India but for the world at large. 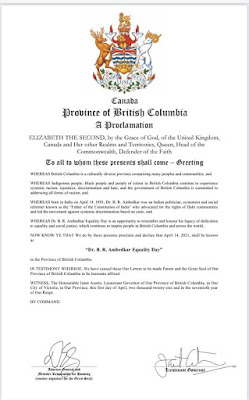 of Burnaby in April 2020 and the State of British Columbia of Canada in April 2021 proclaimed April 14 as Dr. B.R. Ambedkar Day of Equality. The Government of PM Narendra Modi is yet to take a decision in this regard and make a demarche to the UN to add yet another milestone in the journey of India as a ‘Soft power ‘and demonstrate strength of its diplomacy to support the “Millennium Goals” of the UN with regard to the equitable world order on one hand and to honour one of the greatest sons of India and messiah of dalits and weaker sections of the society and the world at large,  Babasaheb Ambedkar. India has been a proponent of freedom and equality throughout and stood against the scourge like Apartheid in Africa. Most of the countries in the under developed or least developed world are yearning for equality, social, economic and political. They would tend to support the Indian idea and proposal to flag the issue of equality through the UNO. In turn, India will gain in its stature as a ‘Soft Power’.

It will only be befitting and appropriate to take an early decision and urge the world body to declare April 14 as International Day of Equality. It is all the more appropriate and relevant when, as said by the Tribune in its Editorial on June 18, 2021, “It is (BJP), in some ways, India’s biggest Dalit party, with highest number of Dalit parliamentarians in both 2014 and 2019 and a strong vote base

among Dalit sub-castes. Union Minister Ramdas Athawale has termed PM Narendra Modi a “real Ambedkarite” and predicted his return to power in 2024. PM Modi would stand to gain much in strengthening his position and stature by taking an early and positive decision with regard to International Day of Equality and promote and strengthen India as a “Soft Power” to reckon with.

Someone has rightly said, as accessed from the internet, “India should figure out its strengths if it wants to resurrect its national image. Its ancient wisdom and spirituality should encourage other nations to acknowledge that India can have a great leadership role in the world. India definitely has the potential and holds immense opportunities to elevate its position further as a ‘rising global soft power’ that can further pave way for the country to become a ‘soft power-superpower’ of the 21st century.”

Greetings on the International Day of Yoga, June 21.

Posted by ramesh chander at 5:30 PM