a view to ensure that only competent and intelligent people adorn the position. As a result, it is a matter of satisfaction; a galaxy of personalities from the Indian social, political, academic, diplomatic, intellectual segments could make it the coveted position starting from S. Radhakrishnan to Mohammad Hamid Ansari.

The election for the next incumbent is due to be held on August 5, 2017. The candidature of two worthy personalities has been declared – Gopalkrishna Gandhi of the opposition under the UPA and M. Venkaiah Naidu of the ruling NDA. Both the candidates enjoy their own standing by their own right. There could not be two opinions on this. Gopalkrishna Gandhi, grandson of Mahatma Gandhi and C. Rajagopalachari, is an able administrator of the IAS, a suave diplomat, an intellectual and an erudite writer. One requires a lot of moral strength and commitment to contest for the high position in the face of visible defeat. Commenting on this he said, “Arithmetic is one thing and principle is another. Yet another comment on the candidature of Gopalkrishan Gandhi from Kunwar Natwar Singh, “Some defeats are more glorious than victories.”
I heard a lot about Gopalkrishna Gandhi in Kandy in Sri Lanka. He was the First Secretary at the Assistant High Commissioner in the early 1980s to look after the registration and repatriation of stateless Tamilians under the Lal Bahadur Shastri and Sirimavo Bandaranaike Pact. I joined at Kandy in January, 1986 after he left.  He was very popular not only among the poor Tamil plantation workers in the hills but also in the social, intellectual and political circles in and around Kandy. His novel “Sharnam” on the Tamil stateless tea plantation workers was very well received in Sri Lanka.

Similarly, M. Vankaiah Naidu is a clever and smart politician with a long Ministerial and parliamentary experience and background. He is a down to earth son of the soil known for his witty one-liners.  He was said to be the trouble-shooter of the BJP. As reported in the media, “Naidu had earlier ruled himself out of the race for Vice President saying that he neither wants to be Rashtrapati nor Uprashtrapati  and is happy being Usha’s pati.” He is set to make it to the Vice President’s appointed address at 6, Maulana Azad Road in Lutyens Delhi. I have had an opportunity to visit the sprawling residence of then Vice President, Dr. Shankar Dayal Sharma in 1990 along with an East German Minister before the German unification. M. Vankaiah Naidu is fully qualified and capable for the coveted position of the Vice President of India and the Chairman of the Rajya Sabha.

Social Identity: - Last week, I shared a Sufi rendition of Bibi Swaran Nooran, grand-mother of famous Sufi duo Nooran Sisters on my facebook timeline. Dwelling on the fact that the Noorans have roots in my native place Bootan Mandi at Jalandhar, I lamented  how the legacy of legendary Bibi Nooran was lost by the community. I commented on my facebook timeline, “Ramesh Chander Yes Sunil. Unfortunately, the Seths of Bootan Mandi did not give them their due space. They in turn also disassociated themselves on this count on one hand and their inferiority complex of their caste. They feel it would be good to hide it to gain favour or acceptance from the caste ridden society. But it does not work. Somehow our people who intend to hide themselves after their rise are wrong. What to do? “

My comments got many replies and comments. One of my friends from UK, Sunil Raju, who is fully alive and an awakened observer of the situation, was one among them. Sunil Raju made pertinent and relevant observations on the fact that how the so called empowered dalits have abandoned and ignored their brethren in the run up to gain false identity and recognition in the caste ridden society. I quote Sunil Raju:-

“Sunil Raju Ramesh Chander Bhaisaheb this is the most basic and biggest problem in our community as I see it i.e. inferiority complex. We don't discuss about it because we don't want to admit it. We hide ourselves in society and the extent we hide ourselves is almost directly proportional to the status one achieves in society. 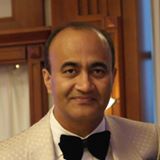 And other castes make sure that they don't lose any chance in denigrating our people based on caste.

This complex is primarily because of stigma associated with the caste and fear of persecution. Individual acts of coming out of the closet remain individual and as a result they mostly suffer individually too, because rest of our folks sit on sidelines dragging their heels (hun aap hi panga leya hai tan bhugtae attitude). It is similar to in past where if Dr. Ambedkar rally used to be held, many of our folks would just walk on side of the road, lest they are considered to be part of the group, in case if they meet someone they know, and if cajoled, they would say Jai Bheem half heartedly. Continuous bitching about reservations by high castes has contributed to it. Reservations on one side have given a foothold to our people in society then on other hand also brought down their morale through sustained notorious efforts by high castes to point out our people as "reservation-seekers". This is not justified. Reservations is our right and I see reservations as a thorn which should hurt caste ridden society so much that they see caste system as the cause of it, and then get rid of it through sustained methods.

Our people have to come out of the closet in force and together. There is absolutely no shame in which we are. We are survivors. The conditions our ancestors grew up in, if high castes are subjected to same for a year, they would end up in mental asylums. Our people have to shed negativity to the extent that not all so-called privileged castes are bad and not all our people are good. Times are changing and "fortunately" people of all walks of life are seeing the results of ideology being followed these days. This may be a blessing in disguise and masses are realizing what Ambedkar observed 60 years ago was right.

When we remain strongly positive, and respect ourselves, other people would respect us. We have to counter planned oppression by other castes, in a planned manner. We have to come out of the closet and until we do that, we would suffer individually and in isolation. Again and again, our society has given gems to the society and we are justice-loving, reasonable and rational people unlike others who believe in inequality of human beings, a sick, retarded and inhuman concept.
We should learn from Jews.”

I will close this by listing one quote from Dr. B.R. Ambedkar himself which tends to say a lot about the so called empowered dalits:

Congratulations to President–Elect Shri Ram Nath Kovind: - As expected, Ram Nath Kovind of the BJP and NDA was elected as the 14th President of India, the highest constitutional position of India.  My immediate family joins me in congratulating Kovind Sahib and his gracious wife Savita Behan who is a close friend of my sister Kamla Devi of Delhi.  Kovind Sahib’s candidature and election was a master stroke of PM Narendra Modi and BJP President Amit Shah which clearly hay-wired the opposition.  The opposition had other candidates in mind, but the BJP’s dalit card 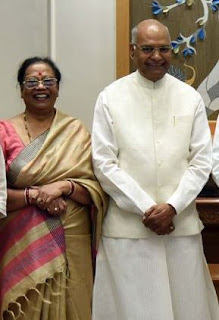 compelled the opposition to make Meira Kumar, another dalit, the sacrificial goat. Nonetheless, it is politics. Ram Nath Kovind is fully capable and able to adore the coveted post of the first citizen of India. One can only surmise whether Babasaheb Ambedkar and Babu Kanshi Ram would have been happy with the emerging situation of the growing dalit clout on one hand in the Indian polity and things remaining the same as far as the empowerment of dalits are concerned on the other. This question will remain. Ram Nath Kovind will become the second dalit Mahamahim after K.R. Narayanan though there is no reservation for this position. The potency of dalit vote bank tends to dictate more than the desirability in the Manuwadi mindset of the society at large. These are some of the relevant observations.

On July 25, 2017, Ram Nath Kovind will take the oath of office and start working as the President of India. I think, mindfully or otherwise, he is conscious of the fact that he should not be called a dalit President but it seems unlikely in the caste ridden society. The office of the President of India requires both confidence and commitment, besides political expediency. People are already talking about the skip of names of Baba Saheb Ambedkar and K.R. Narayanan from the first brief statement which the President-Elect Ram Nath made immediately after the election results on July 20. I hope that President Ram Nath Kovind would take care and try his best to instill confidence among the masses, particularly among the weaker sections of the society while performing his duty as an icon and stamp of the nation as envisaged in the constitution of India.

Without comment:-
“Imperial and ideological exemplars appeal to you. So, be Maharana Pratap in your struggle as you conceive it, but be an Akbar in your repose. Be a Savarkar in your heart, if you must, but be an Ambedkar in your mind. Be an RSS-trained believer in Hindutva in your DNA, if you need to be, but be the Wazir-e-Azam of Hindostan that the 69 per cent who did not vote for you, would want you to be.”
Gopalkrishna Gandhi in an open letter to PM Narendra Modi in May, 1914