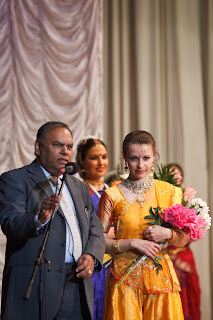 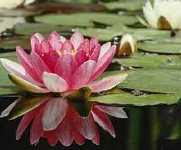 india is a big country with over one billion people. india is the biggest democracy in the world. india is one of fast emerging economies of the world. india has come a long way in its development since its independence in 1947 but it has arrived if not yet reached.

besides political, economic, diplomatic aspects of india's standing in the world, india has enormous soft power of culture to recon with. some of these, like spirituality, yoga, ayurveda, fine arts ( classical music and dance), could easily be passed as indian brands. indians should be proud of this and shall exploit this soft power of india in attaining the desired space and place in the international coommunity at large.

i mention here about two recent events in minsk. the indian embassy organised 'rangoli- a concert of indian music and dance' at the belarus state academy of music on april 17, the anniversary of establishment of diplomatic relations between india and belarus. the concert was fully performed by the local belaruian artists. the auditorium was full to capacity. the concert was coordinated by the two young artists: ms alena sipach who studied kathak and ms. ludmilla khatuleva who mastered bharatnatyam in india under the sponsorship of the indian council of cultural relations some years before. these two beautiful accomplished ladies run dance schools in minsk which are popular and sought with more than 150 students. the of yoga demonstration and sitar vadan with tabla, again by the local talent only, provided perfect interludes at the concert which climaxed, with thunderous applause, with the bollywood song 'थोड़ा सा पगला, थोड़ा सयाना ! the second, in quick succession, was the concert of the 'art of loving' of the world famous sri sri ravi shankar. it was conducted by mata urmila devi from switzerland on april 27. there was a total devotion in the crowd of 700 plus at the concert. i felt that the mission of love and human values of the 'art of living' was the need of the strife torn society. india is well placed to take the lead, with its tradition and culture, in contributing to the peace and harmony through the soft power and cultural diplomacy. i conclude with a couplet of urdu poetry: