Covid played havoc and snatched my friend and colleague Ambassador Ashok Amrohi, IFS of 1981 batch on April 26-27 at Medanta Hospital in Gurugram. President of Association of Indian Diplomats (AID), Ambasador  Bhaswati Mukerjee in a fulsome tribute to the departed soul in a condolence message rightly said, “Of the 1981 batch of the IFS, Ambassador Amrohi will be fondly remembered as a most helpful colleague and a very fine human being, a qualified medical doctor, he was affluent both in Arabic and French and known as a thorough professional diplomat. Warm and affectionate, he had an excellent sense of humour and a very positive approach” and yet another senior college Ambassador Banashri 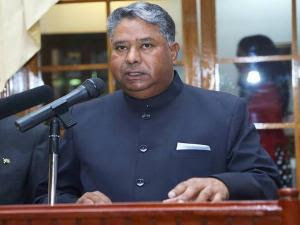 Harrison Bose thoughtfully wrote that with the demise of Ambassador Amrohi we have lost “the heart and soul of 1981 batch” and   further said, “He was a thorough professional and discharged any job that the Ministry entrusted him with devotion and dedication, achieving results. As a friend, he was a true treasure, someone with whom you could share laughter as well as tears. He doubled your joys and halved your troubles.”

The shocking news was shared with me on the morning of April 27 by Ambasador Bal Anand whose wife happened to be a distant relation of the wife of Ashok as such had first hand information. Ashok’s passing away is a personal loss to me which would be difficult to make up in the days to come. I met him and greeted each other several times in 1990-91 in South Block where I was sharing a room with his colleagues and batch mates. Later, I met him after a long time in 2009 & 2010 in Delhi during the Conferences of Heads of Mission (HOM) and came to know him rather closely particularly 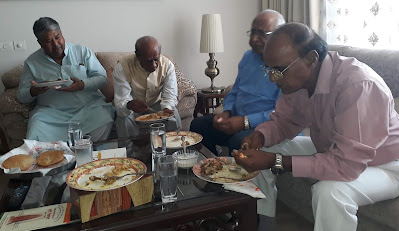 during our relaxed chats and ‘Gap-Shap” over the dinners hosted by the CII and FICCI etc. Our more intimate and personal rapport got stronger on our retirement. I vividly remember Ashok was a sharing host over two sumptuous lunches, along with my worthy colleagues in the IFS fraternity, at the Central Government facilities in Chankyapuri and India International Centre. They did not allow me to pay my share since I was there on visit from Jalandhar where I settled myself after retirement. I found Ashok a lively person with extremely pleasant demeanor.

Ashok did not know that I knew his father in Amritsar, Chaudhary Prabhati Ram, from my days of student activism in Jalandhar in late 1960s. When I told him this, he was happy with a sense of belonging. Chaudhary Prabhati Ram was a staunch Ambedkarite affiliated with the Republican Party of India, a brain child of Babasaheb Ambedkar and as such I listened to him several times at the Ambedkar Bhawan in Jalandhar. I recall, if my memory supports me, that he was against the politics of Sant Fateh Singh, Akali leader in those days on the issue of Punjabi Suba.  Yesterday I spoke to Lahori Ram Balley an octogenarian leader and associate of Chaudhary Prabhati Ram to know something more about the family of Ambassador Ashok Amrohi. Balley Sahib was saddened to learn about the demise of Ashok. He informed that though he did not have much formal education, Prabhati Ram was a businessman of standing dealing with some materials (sak – shell of babul tree) required for leather tanning. Balley Sahib said that he was a staunch Ambedkarite and a ‘dabang’ politician. Prabhati Ram played an important role in having the statue of Babasaheb Ambedkar in front of the Amritsar Municipal Corporation as a Councilor.  He provided good education to his children. One of the elder brothers of Askok, Lakshman Dass was an IPS officer of Haryana cadre. Ashok himself was a qualified doctor as an MBBS but choose to join IFS with a wider vision. While referring to his father’s association with Balley Sahib, Ashok told me that he had his district attachment in 1982-83 as a trainee IFS and visited Ambedkar Bhawan to pay respects to Babasaheb Ambedkar. Ambassador Ashok Amrohi adorned coveted positions of Ambassador/High Commissioner in Algiers, Mozambique and Brunei besides Head of the CPV Division of the MEA during his long diplomatic career in the IFS. Ashok will be missed greatly.

Posted by ramesh chander at 6:03 PM