Prime Minister Narendra Modi who has over 36 million followers on Twitter, used political humour and sarcasm to become broadly appealing and refashion his political style, according to a study of his tweets by a US university. The study has been published in the International Journal of Communication of University of Michigan. 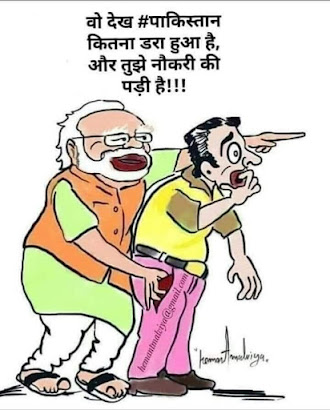 Sometime before, PM Modi lamented and said he missed wit and humour in parliament. One of the leading dailies in India recently captioned one of his stories ‘There is nothing to laugh about in Indian politics while writing about MP Shashi Throor’s latest book –  The Elephant, the Tiger & the Cellphone: Reflections on India in the 21st Century. Shashi Tharoor said in one of the essays in the book that the pickings were slim when it came to political humour.

Nevertheless, the show goes on. The electronic media in India is fully engaged in raising dust and heat to bake their own bread (Roti Sekna) in the name of free and fair press. So much so, on one of the debates on a national TV channel last week, one of the participants, an official spokesman of the main opposition party suffered a massive attack during the live debate allegedly on provocations and slanderous allegations by the official spokesman of the ruling party and died. I am reminded of a quote from President of the USA Harry Truman. He said, “My choice early in life was between whether to be a piano player in a whorehouse or a politician. And to tell the truth, there’s hardly any difference.”

I have observed, of late, people are scared of sharing political jokes particularly with regard to the ruling elite and also the communal formations. I think intolerance, though the vested interests would not agree, on the part of political leaders and also the Dharam Gurus is vanishing fast from our day to day life. It is unfortunate. Any criticism of judiciary is made to be as “contempt of the court”.  Any criticism of the government is projected as “anti-national”. Any disagreement with the majority community is dumped as ‘anti-main stream of the society”. Any advice to the minority communities is immediately frowned upon as ‘anti-secular”. The sense of humour in our day to day conduct is fast disappearing. The age old dictum of ‘Vaad – Vivaad – Samvaad”, the very edifice of an open and democratic society is getting diluted which is dangerous omen for the national health of Bharat. Wit and humour is important to ease the grimness of the situation. It costs nothing.

Anyway, let us do something on our part. Here is a strange case of nationalism in our country – when an Indian gets recognition or a coveted position abroad, we immediately jump to own him or her as a great Indian. An immediate example is of Kamala Harris who has been named as the running-mate of Democratic Presidential Nominee Joe Biden in the USA. But surprisingly, we refrain from 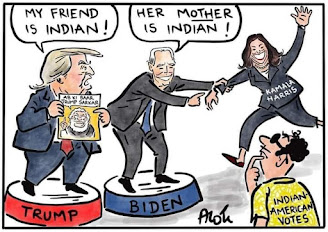 talking about Mother Teresa. Sonia Gandhi is still Mario Antanio and is disregarded and insulted by the so-called Desh-Bhakats day in and day out. It is one of the biggest jokes of our times. Yet another hilarious situation is the on-going case of allegedly unnatural death of film actor Sushant and her live-in partner Rhea. The whole country is up-in-arms, if one goes by the so called free and fair media, as if this is only important issue before the government and the society at large. These issues are floated by vested interests to distract public attention from the real issues being faced by the country. When will we mature and adjust our priorities for the over-all good of the society?

While the corona restrictions are being lifted further with effect from September 1, total tally of positive cases in India has touched 35 lakhs with 63 thousand deaths and daily increase of almost 70 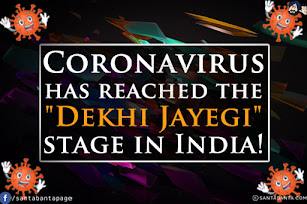 thousand of positive cases.  The reassuring feature is that recovery rate is more than 75%. God willing, we will have the much needed vaccine for the deadly virus in a couple of months. Meanwhile, Corona virus still remains a topic for jokes to lessen the grimness of the situation. Here we are:

A Santa-Banta joke on the social distancing:

I close, as usual, with a poetic assertion from my friend Paramjit, a poet of standing by any standards:

Posted by ramesh chander at 5:23 PM