P.J. Kurien: - I wanted to write about P.J. Kurien a couple of weeks ago when he retired from the Rajya Sabha and relinquished the office of the Deputy Chairman of the Rajya Sabha but could not do so. Being an Indian diplomat, I have had the privilege to meet and interact with P.J. Kurien in Stockholm where he visited in 1992 as a co-Chairman of the India- Sweden Joint Commission in his capacity as the Indian MOS for Industries. I found him a well meaning politician and a competent Minister as well as a good human being. He was relaxed like his Swedish counterpart both at the official meetings and social slots in the programme. The fort was held by my senior colleague Narinder Garg as the Charge d’ 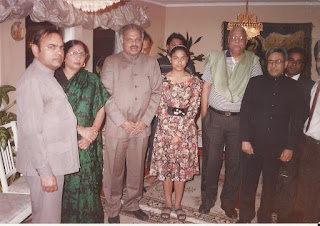 affaires and I was handling the visit as First Secretary taking care of the economic and commercial desk at the Embassy. On the last day of the visit, the programme ended in the afternoon after a brief boat tour in and around Stockholm, the city on water. There was no official engagement of dinner that evening. It was informally transpired between me and the C.d’A Narinder Garg that he will take care of Minister P.J. Kurien and Secretary Suresh Kumar and I should take rest of the delegation to my residence for an informal dinner. Narinder Garg was trying to maintain his notion of protocol sensitivities as I understood. Before starting from the hotel for my residence, the then Joint Secretary Siddharth Behuria went to Secretary Suresh Kumar’s room to inform him of the evening arrangement. Suresh Kumar was not inclined to stay back and wanted to go with the rest of the delegation.  We said it was fine and requested him to inform the Minister accordingly. He picked up the phone and told the Minister. Minister Kurien, a calm and quiet man, did not speak his mind and asked the Secretary to send Ramesh Chander, which is me, to his room. I went to the Minister’s room. With his usual pleasant demeanor, he asked in his broken Hindi why he could not come with others to my home. I was stunned and responded, Sir, it would be my pleasure to have you with us and added that these arrangements were made by the C.d’A keeping protocol niceties in mind. With a wide smile on his face, he said no, we will all go together or nobody will go. I was touched by Minister P.J. Kurien’s magnanimity. We went to our home in the outskirts of Stockholm, a posh area called Taby. It was an excellent and enjoyable evening with a frugal dinner prepared by my wife Vidya and my young daughter Vaishali.  It was a happy and pleasant conclusion of the Ministerial visit of Hon’ble P.J. Kurien which we still cherish. I take this opportunity and wish P.J. Kurien, a gem of a man, good health and further success in the years to come.

Sense of Morality: - The recent political happenings in Karnataka have again brought to the fore the issue of morality in politics. It seems the things are going down the drain. Politicians and the election managers are no more interested in means to reach the end as opposed to the thinking of Mahatma Gandhi and other forefathers of our country. The idea of ‘win at any cost’ is dangerous. Editor-in-Chief Aroon Purie of India today has rightly 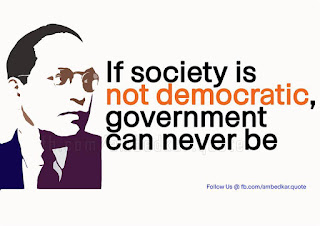 said in one of his latest editorials, “Morality has no place in Indian politics. You play to win.” The sole motivation and purpose of political parties and politicians is to grab power without any scruples. This is exactly what happened in the run up to form the government in Karnataka where the popular mandate resulted in a hung-assembly. It was a sad commentary on the functioning of our democracy which we proudly claim to be the largest in the world. The communal card, caste factor, religious polarization, money and muscle power has completely neutralized the sense of morality. I am reminded of Babasaheb Ambedkar, the chief architect of the Indian constitution, who attached all importance to morality in politics and said, “The education can hardly be the sole qualification for membership of parliament. If I may use the words of Buddha, he said that man requires two things; one is ‘Gyan’ and the other is ‘Sheel’. Gyan without Sheel is very dangerous. It must be accompanied by Sheel by which I mean character, moral courage, ability to be independent of any kind of temptation, truthful to ones ideals. I am very keen to see that no member enters this august assembly who does not possess Sheel in adequate measure.”

We will ignore these lofty ideals of our fore-fathers at our own peril.

Presidential Grace: - President Ram Nath Kovind visited Shimla last week to address the convocation of the Y.S. Parmar Agriculture University. It was reported that he politely declined to accept the Degree of Doctorate- Honorius Causa which the university proposed to confer on him as a traditional gesture extended to other dignitaries too in the past. I think President Ram Nath Kovind did the right thing in doing so. There is no point in adding that Ram Nath Kovind will go down in history as the President of India. Degrees or no degrees will not make any difference. I term it as 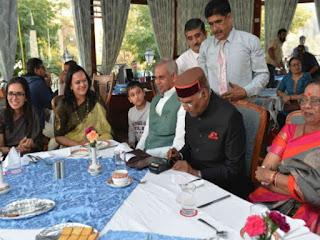 ‘Presidential Grace’. President Kovind made yet another graceful gesture during the visit. One young student observed that President Ram Nath Kovind and his family’s walk and visits on the streets of Shimla tended to generate undue and avoidable inconvenience to the common man on the road due to traffic diversions and security arrangements. The intension of President Kovind, it is assumed and rightly so, was to go and mingle with his people as the first citizen of India, as far as possible. But our system of bandobast came in the way. I have seen in developed countries of Europe that their leadership easily moves around in metros, bicycles, buses and shopping malls without any fanfare. We are yet to imbibe that culture. Security agencies are needed to adopt innovative methods to provide requisite security to the dignitaries taking into account the civic needs of the common man.  The gratification in the current incidents in Shimla was that President Kovind was gracious enough to express regret and apology for the inconvenience caused to the public for his public moves and interaction. It should be appreciated. Thanks Mahamahim.

Posted by ramesh chander at 5:25 PM