After my retirement from a diplomatic career in December, 2010, I came back to my roots in Jalandhar. With a view to keep myself abreast with the community activities, I have been maintaining a positive interest in the goings-on with regard to the socio-religious developments on one hand and economic -political happenings on the other. I have been recording my understandings and impressions on these matters off and on in my blog to share these with the community, particularly the educated lot. Since then much water has flown in the Beas and the Sutlej rivers of the Doaba region of Punjab where the dalit concentration is the highest in India. The issue of dalit assertion in the region remained in the news for the last two decades with the fast changing ground realities pertaining to political, economic, social and spiritual identity of the dalit communities. 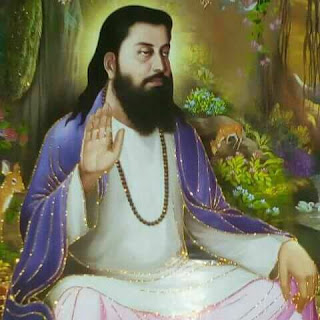 ***
पराधीनता पाप है; जान लियो रे मीत ;
रविदास दास पराधीन से  कौन करे  है प्रीत!
The socio-political aspect of dalit identity and assertion was taken up by Babu Mangu Ram Muggowalia of Ad-dharma Mandal with the association of leaders like Master Gurbanta Singh, Seth Kishan Chand and literary stalwarts, inter alia, Charan Singh Safri, Gurdass Ram Alam, Chanan Lal Manak, Pritam Ramdasspuri, Charan Dass Nidharak, and Bhag Mal Pagal. The underlying influence was the impact of Guru Ravidass’s revolutionary social and spiritual philosophy enshrined in his poetic expressions:
नीचों उच्च करे मेरा गोविन्द,
काहू ते न डरे !
***
कायम दायम सदा पातशाई ,
दोम न सोम एक सो अहिं !
Feeling the nerve and pulse of the situation, the iconic personalities namely Babasaheb Ambedkar, Acharya Prithvi Singh Azad, Gopal Singh Khalsa, Chaudhary Sunder Singh, Lahori Ram Balley, Babu Kanshi Ram and social and spiritual activists like Banta Ram Ghera came on the scene to strengthen the trends of dalit assertion but with a somewhat different approach. Dr. Ambedkar was a spiritual person by upbringing. The influence of Sant Kabir and Guru Ravidass was clearly visible on his social and spiritual thinking though he was intellectually inclined towards Buddhism. Babasaheb steadfastly stood for humanism like Guru Ravidass. I was told that Babasaheb Ambedkar in the 1930s-40s, himself led the Guru Ravidass traditional Shoba Yatra a couple of times starting from Karol Bagh in Delhi. These political leaders propagated and carried forward the message of equality, fraternity and casteless society, the very tenants of Guru Ravidass’s philosophy.  Prithvi Singh Azad and Sunder Singh followed the great Guru through Arya Samaj. Gopal Singh Khalsa and his associates took the route through the teachings of Sikh Gurus. Lahori Ram Balley and Kanshi Ram and their people followed a somewhat radicalized line but the crux of their struggle remained to empower the marginalized segments of the society through political struggle as desired by Guru Ravidass:
चारों वेद करे खंडोती !
This relentless crusade for socio-economic and spiritual upliftment of dalits in the region resulted in cajoling “dalit consciousness” as termed by Prof. Ronki Ram of Panjab University to establish “dalit identity”. The Seths of Bootan Mandi, the prominent business brigade of the community in Jalandhar, showed the way to economic emancipation by establishing successful businesses. The resultant better economic status triggered migration abroad for better pastures which resulted in further economic strength and prosperity. As a natural corollary, this economic well being resulted in better education leading to socio-political and socio-religious assertiveness. The spiritual Deras became little more active and organized to cater to the spiritual urges under the banner of Guru Ravidass and other Saints like Kabir and also the message of an “agalitarian society” under the tenants of Sri Guru Granth Sahib of the Sikhs. On the bureaucratic or official side, role of Ishwar Chander Pawar, Vimal Chandra and Gyan Singh Bal among others played a significant role in the 1960s, as worthy followers of Guru Ravidass and associates of Babasaheb Ambedkar in empowering their dalit brethren to join the main stream of the society and stand up for their rights and space in whatever way they could, keeping with the limitations while occupying their positions in the government machinery.
Sants of respective Deras, beginning with Sant Garib Dass and ant Ramanand of Dera Sachkhand Balan, started visiting foreign countries which resulted in increased awakening and assertive trends among the community. The resultant economic prosperity and educational empowerment contributed further to the growing assertiveness among the youth. The Chamar pride derived its direction from the Gurbani of Guru Ravidass. Ambedkarite poet Pritam Ramdaspuri, Gurdass Ram Alam and Santokh Singh Safri proudly termed them as the heirs of the legacy of the great Guru:
बंश  चों  रविदास  दी  हाँ; भीम दी औलाद  हाँ ! - Pritam Ramdasspuri
***
इंसानी  हक़  गरीबां नू दे  गया ; ओह  रविदास  आगू  इंक़लाब दा ! Gurdass Ram Alam
***
आजा गुरु  रविदास  दिलं  ठठिआ दी  आस ! - Santokh Singh Safri

It was ardently carried forward by contemporary writers namely Chan Goryanwala, Rattu Randhawa, Madan Jalandhari among others. Their writings, full of spiritual and emotional fervor, were sung by the who’s who of Punjabi singers like Hans Raj Raj Hans, Kanth Kaler, Master Sleem, inter alia.

It provided the raison d’etre to stand against the domineering attitude and behaviour of Sikh peasantry of ‘Jatt-bad’ on one hand and Manuwadi conduct of the upper caste Hindus on the other. Radical political philosophy of Babu Kanshi Ram as pronounced in his slogan “Tilak, Taraju or Talwar; Inko Maro Jutte Char” supported by the folklore of the likes of Mohan Banger, S.S. Azad and others added and strengthened the edifice of dalit assertion in Punjab. Assassination of Sant Ramnand and the murderous attack on Sant Niranjan Dass of Dera Sachkhand Balan by the Sikh radicals at Vienna (Austria) in 2009 hastened the process of dalit assertion. It polarized the society further and dalit assertion was visible on the streets. The question of dalit identity, as propounded by Babu Mangu Ram Mugowalia under the banner of Ad-dharma Mandal earlier, came to the fore. Some radical and assertive dalits, under the aegis of Dera Sachkhand Balan floated their own religion named Ravidassia Dharma sometime in 2010. Only time will assess and give its judgment whether it was a correct step towards establishing dalit identity or no. This action, to my mind, was a half baked and ill conceived idea of some Sants of the Dera bandwagon. As expected by many, against the wishes of hapless and ignorant masses attached to the Dera, it was a non-starter. I am afraid that many people may not agree with me but I thought of putting the things in its perspective.

The atmosphere was further charged by the folklore to support the assertion by the dalit masses driving its cue from word ‘Chamar” repeatedly used by Guru Ravidass in his bani:

All said, it requires no reiteration that socio-spiritual-politico-economic consciousness of dalits in Punjab, with about 35% demographic share, is taking cue and instruction from the life, mission and philosophy of Guru Ravidass. It will remain so. The symbols of that consciousness, identity and assertiveness, Guru Ravidass Mandir at Seer Govardhanpur at Kanshi, the birth place of the Guru and Guru Ravidass Memorial – Begumpura Minar at Khuralgarh in Hoshiarpur, are set to become more visible and pronounced. It is one of the positive ground realities.  But there are more realities which are negative. Dalits are a divided lot on the basis of caste, sub-caste, sects etc.. It suits their tormentors and opponents. The newly floated religion, Ravidassia Dharam, has tended to cement the divide which is unfortunate. Both Neo-Buddhists and Ravidassias need to understand that the mission of Dr. B.R. Ambedkar was to promote cohesion and unity not only among dalit communities but in the society at large. He was a spiritual person with a definite social and political agenda.
Dalits would ignore these negative realities at their own peril. They should follow the dictum of Guru Ravidass to salvage their subjugation and get their due space in the polity and society. United we stand and Divided we fall.
साध सांगत मिल रहिए माधो;
जैसे मधुप मखीरा !
Hearty Greetings on the Gurpurab of Guru Ravidass

Posted by ramesh chander at 8:04 AM