Miles to go before I sleep – International Day of Equality


Miles to go before I sleep – International Day of Equality

Keeping with the roadmap drawn on April 14 to pursue the proposal, made to the then EAM Sushma Swaraj in June 2015, on International Day of Equality, the matter was revisited with a letter dated April 15 to EAM Dr. S. Jaishankar under intimation to PM Narendra Modi.  It was further pursued with the Forum of Scheduled Caste MPs and MLAs through Speaker Charanjit Singh Atwal under intimation to important Ministers namely Thawar 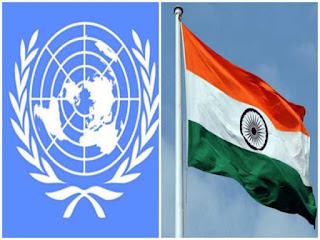 Chand Gehlot, Ram Vilas Paswan, Som Parkash, Rattan Lal Kataria, Ramdass Athawale and short listed MPs/MLAs of various political parties were urged to take up the matter in and outside the parliament/assemblies appropriately. The intelligentsia of the civic society was approached to extend their due support to the idea. The spiritual Deras in and around Punjab were engaged to consider and bless the proposal. The social and political activists were requested to facilitate the matter and take up appropriately with the GOI. With a view to invite and engage the younger generation to understand and support the idea, an open letter to students and teachers was addressed. The point which is intended to be made is that no stone will be left unturned in making our agenda reach home with the Government of India and others abroad. The interlocators and supporters abroad namely; Chetna Association of Canada, Federation of Ambedkar and Buddhist Organisations of UK, AICS of Canada, the Ambedkar Times Group of California (US) among others are fully involved in the process and doing their best in generating awareness of the proposal both in political and social circles in their respective places. But we need to learn and contend ourselves as stipulated in the poetic words of Robert Frost:

The Woods are Lovely Dark and Deep;
Miles to Go before I sleep.

The Government of India is yet to respond. We will remind them. We will continue to motivate and engage the civic society and political class to support the idea. Let the schools and colleges open, we would duly engage the youth in the process. The media is so far blissfully ignorant of the matter. We would make them understand and solicit their support. As we shared with you in write ups on the subject that slowly and steadily the idea was getting all due attention from the general public, intelligentsia, political and social activists, educationists and civic society, there is nothing which will deter us to proceed further. The government and political class, it seems, is yet to rise to the occasion. Let us hope they wake up and carry forward the proposal to the UN to honour the greatest son of India, Dr. Bhimrao Ramji Ambedkar by declaring April 14, birth anniversary of the icon as International Day of Equality. It is a matter of gratification to note that India is all set to get a non permanent seat at the UNSC for the next two years. It would be an opportunity for the GOI to carry forward the proposal with relative ease and comfort. I hope that GOI would get yet another feather in its hat by getting the proposal on 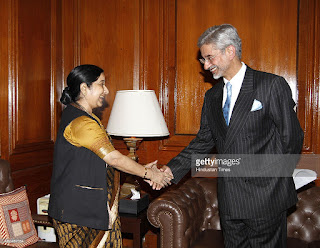 International Day of Equality approved by the UNGA and April 14, 2021 is celebrated and observed to pay a befitting tribute to Babasaheb Ambedkar and flag the international stature of India under the stewardship of PM Narendra Modi. The need of the hour, in the wake of the current racial turmoil in the US, is to support and bring about a sense of Equality and Fraternity in the world. These developments have presented a grim reminder to wake up. The increasing relevance of International Day of Equality has been explained in the link below which may be of interest to understand the matter in its right global perspective:

We are to do a lot and go a long way. Governments have their own considerations and positions. The political class generally remains sitting on the fence and waits for whips from their bosses. But I must warn with hindsight that so far nobody could ignore Ambedkar and anybody who might try willingly or otherwise will be disappointed with penalties to be suffered.  We would continue to do our bit. I share here a Hindi couplet sent by Motivational Consultant Jagat Shah to close my submissions:

Posted by ramesh chander at 6:41 AM