The prevailing situation in one of the established democratic polity, economically and socially advanced country, the only super-power of the world, the USA, is troubled by the happenings in the wake of unfortunate death of a Black- American, George Floyd owing to the alleged high-handedness by the police. The entire country is in turmoil. The blacks feel alienated and discriminated by the whites. There is a clear racial and ethnic divide. Giving way to their pent up anger against the administration and the society, blacks are on the road in protest. Some of them, including anti social elements, are resorting to violence and looting making a mockery of civil administration. These kinds of happenings are usual and routine in developing and poor countries including India, particularly India where the social system is based on discriminatory practices of 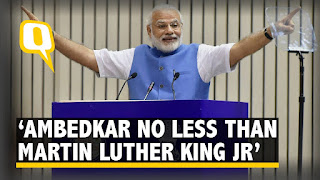 caste and untouchability. Though these inhuman and anti-social practices have been banned and stopped constitutionally yet it is taking time to eradicate the evil from the mindset of people. Same is true of the USA – from Abraham Lincoln – Martin Luther King Jr. – Barack Obama – Donald Trump, the bug of social menace of racial and ethnic discrimination could not be completely eradicated. In Africa, Nelson Mandela, Kenneth Kaunda among others could not avert the disaster in Rwanda, Burundi, Sudan, Somalia, Yemen etc. In Europe, the happenings in Eastern Europe in the early 1990s are a grim reminder of the unjust social and economic order in which the entire humanity is condemned to live. We need to sit, consider, discuss these ground realities, if we wish to live in peace and look forward towards further development and prosperity.

What is the answer to better the situation? The answer is clearly to resort to confidence building measures and enhanced social understandings besides constitutional arrangement to establish a just, social and economic order. It is not that I am talking of something new and unique. We all know this. But still, I would like to draw the attention of the international community to a proposal which was humbly made to the government of India in June, 2015 to declare April 14, birth anniversary of Dr. B.R. Ambedkar, the 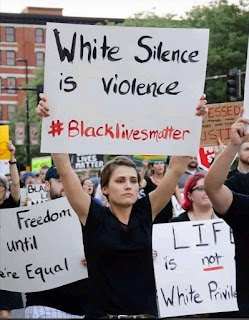 champion of equality, justice, liberty and fraternity, as International Day of Equality under the aegis of the UN. Since then, we have been pursuing the matter with the government of India and the international inter-locators in a humble way. The proposal is resting with the Ministry of External Affairs of the GOI. The immediate motivation to raise the issue in this write up, to engage the international community, came from the unfortunate and uncalled for happenings in the USA in the wake of George Floyd’s death resulting in social upheaval in the USA.  Some details of the proposal on International Day of Equality may be accessed from the link:

The proposal on International Day of Equality, if accepted, will bring in the legacy of Gautama Buddha – Swami Vivekananda – Rabindranath Tagore - Mahatma Gandhi – Babasaheb Ambedkar to strengthen the lofty ideals of the UN to establish a just political, social and economic world order. It will be yet another message for humanity to honour and adopt the cherished attributes of Equality, Liberty, Justice and Fraternity to live in peace and harmony. At the same time, it will be a befitting honour to the greatest son of India, Dr. Bhimrao Ramji Ambedkar, father of the Indian constitution and a champion of equality and fraternity in the diverse society.

Babasaheb Ambedkar did not represent any particular political ideology or dogma but the teachings and philosophy of the greatest Master Gautama the Buddha. It goes without mentioning that Dr. B.R. Ambedkar was one of the most educated and experienced personality of the contemporary world with coveted degrees in law, economics, humanities from the renowned universities of Americas, Europe and Asia. His sterling contribution to reform the Indian society of 1.3 billion remains unparallel in the annals of history so far.

With this, I close my submission, by underlining the increasing relevance of the proposed International Day of Equality not only to honour the greatest icon of our times, Dr. B.R. Ambedkar but also to put in place yet another big CBM to usher into a just and equitable world order, a great need of the day.

I take this opportunity to wish all the best to the people of the USA to come out of the current mess created by the mindset and sense of racial superiority which is against the tenets of a humane society.

Five decades after the civil rights movement and more than six decades after India adopted the constitution framed by Ambedkar, racial and caste discrimination as well as inequality run deep in the fabrics of both countries. Discrimination along caste and racial lines has been and still are structured by social, political and cultural institutions. Like King, Ambedkar-led movements against untouchability fought for Dalit representation in parliament, drew up a constitution which, he hoped, would ensure equal rights to all Indians, regardless of caste or religion. Yet, in both cases, much work remains to be done.
(Extract from Ms. Monobina Gupta’s article “The Shared Legacies of Martin Luther King and Ambedkar” published in the Wire on April 10, 2018)