Engaging with the Youth – International Day of Equality

Engaging with the Youth – International Day of Equality

I have been writing on the International Day of Equality regularly ever since it was decided to revisit the subject on the birth anniversary of Dr. B.R. Ambedkar on April 14.  Besides reminding the GOI through EAM Dr. S. Jaishankar and PM Narendra Modi, I wrote to political circles, spiritual deras, intelligentsia in the civic society, social and political activists to pursue the proposal to declare April 14 as International Day of Equality. Though the government is yet to respond yet, I must share here; the proposal is 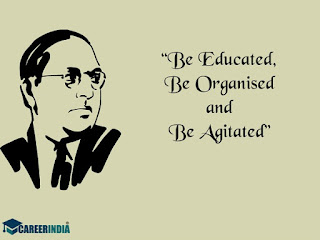 increasingly getting much needed support from all segments of the society. It is a matter of gratification. Some of the responses are really encouraging namely from Prakash Ambedkar, grand-son of Babasaheb Ambedkar, Raj Rattan Ambedkar, great grandson of the icon, MLA Jignesh Mevani, Justice S.P Bangarh, Retired IRS Sat Paul, Retired IRS L.R. Nayyar, Retired IAS T.R. Sarangal, Retired IPS Kashmir Singh, Ambassador Bal Anand, Ambassador V.B. Soni, Ambassador Zile Singh, Anbassador Azad Singh Toor, Ambassador R.P. Singh, Ambassador J.S. Sapra, Retired IFS H.S. Kingra, Lt. General J.S. Dhillon among others. I am confident that more and more support will be forthcoming and the GOI will be made to see, consider and respond to accept the proposal in the days to come. I am reminded of an Urdu couplet of Faiz Ahmed Faiz:

With a view to carry forward the campaign, I wrote to engage the younger generation of students and their experienced teachers in the process. My letter dated May 30, 2020 is appended below for perusal.

It may also be observed in this regard that many established educationists and academicians and educational administrations have shown positive interest and have extended support to the proposal and rightly so viz. Principal Kulwant Singh Phull, Principal Patwinder Singh, Prof. Rajesh Paswan, Prof. Jagdish Chander Joshi, Prof. Varun Nayyar, Prof. Dinesh Arora, Prof. Jaspreet Kaur, inter alia. Our interlocutors and stakeholders abroad namely Jai Birdi and his associates in the Chetna Association of Canada and Arun Kumar and Santosh Dass of Federation od Ambedkar and Buddhist Associations of the UK are doing their best to pursue the matter in foreign lands. We are on the right track, it seems. The day is not far when the proposal on International Day of Equality will be duly accepted and adopted.

It will not be out of place to mention that in many educational institutions abroad, Ambedkar Thought has been included in the curriculum for higher studies. It will only be appropriate if in India too Ambedkar Thought is included in the syllabus and curriculum of both schools and universities. This is the purpose of writing this open letter to the students and teachers’ communities to make them aware of the avenues to study and know the greatest son of India in the contemporary times, Dr. B.R. Ambedkar.  Babasaheb Ambedkar himself was much interested and engaged to interact with the younger generation. He addressed a Mock Parliament of 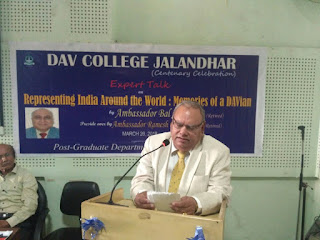 Students at the DAV College Jalandhar, my own alma mater, in October, 1951 and delivered a thought provoking speech on the parliamentary democracy in India. I am confident that the students and teachers would avail themselves of the suggested activities for their own advantage and benefit in the process of their educational pursuits. India, in its developmental journey, requires an awakened, alert and organized youth, obviously. Ambedkar is the answer to these needs with his well christened dictum of “Educate, Organise and Agitate” not only to smoothen our individual lives but also for further success and prosperity of our country “Bharat”.

An Open Letter to Students and Teachers
International Day of Equality

I need not repeat the obvious – students i.e. the youth is the future and teachers are the makers of that future of any country and the society at large. With a view to engage the students and their teachers with the proposal on April 14, birth anniversary of Dr. B.R. Ambedkar, as International Day of Equality, I thought of addressing this open letter to students and teachers. It is to inculcate, in the process of their education and learning, a sense of contemporary history and recognition and appreciation of the role of our leaders and icons in shaping that history. Babasaheb Ambedkar, father of the Indian constitution and a harbinger of ‘Equality, Liberty, Justice and Fraternity’ in the society, was one such stalwart. The proposal pertains to him and the lofty ideals of our polity and society. I intend to educate and awaken both student and teacher communities in this regard and that is the purpose of this open communication. I made this proposal on the International Day of Equality to the then Minister of External Affairs Sushma Swaraj in June, 2015.

Without going into the history, it would suffice to say that I initiated the proposal to declare April 14, birth anniversary of Babasaheb Ambedkar, as International Day of Equality in June, 2015 in the run up to celebrate the 125th birth anniversary of the great icon. It was pursued diligently with the GOI and others ever since but nothing much moved. The proposal saw the light of the day on April 6, 2020 with the City of Burnaby in Canada proclaiming April 14 as “Dr. B.R. Ambedkar Day of Equality”. It gave some encouragement and I resolved to revisit the subject and pursue the matter in my own humble way with the help and support of the stake holders.

Accordingly, I wrote to EAM Dr. S Jaishankar on April 15, 2020 the details of which may be seen at the link:

As a follow up of the Road Map, I wrote to the Chairman of the Forum of Scheduled Caste MPs and MLAs, Sardar Charanjit Singh Atwal on April 22, 2020 to pursue the matter further.  Subsequently, I wrote to about 80 MPs and MLAs, an open letter to about 200 friends, made an appeal to seek blessings of the spiritual Deras, urged about 15 political and social activists and solicited their support to the said proposal on International Day of Equality. It is a matter of satisfaction that the proposal is increasingly getting good consideration and much needed support from various sections of the society. The link would provide you all the details and the position so far of the proposal – International Day of Equality:

All said and done, I urge my young friends and enlightened teachers to kindly study, consider and support the proposal on International Day of Equality in the process of your educational pursuits. The student community and the faculty may consider joining hands, in consultation with the management, to organize and host seminars, lectures, panel discussions, talks, paper reading contests on the subject – International Day of Equality in their respective Schools/Colleges through relevant fora in their esteemed educational institutions. Students may be encouraged to write in the school/college magazines/publications. This activity will not only provide the students an opportunity to hone their debating skills but also work as a stimulus for their educational wellness. At the same time, these activities will tend to generate and encourage better understanding of our national ethos as enshrined in the very Preamble of our constitution. Due appreciation and recognition of our national heroes and icons will further strengthen our country and raise India’s stature in the comity of nations. Contribution of student and teachers, while doing their work in the temples of knowledge, to the proposal on International Day of Equality will be highly appreciated.

I leave it at this with the hope that students through their respective outfits, teachers through their faculties and managements of schools/colleges would jointly extend their support to the proposal of International Day of Equality appropriately. I would remain at your disposal for any further information/consultation in this regard.

Posted by ramesh chander at 5:26 AM