Keeping with my resolve on April 14 to revisit and pursue the proposal on April 14, birth anniversary of Babasaheb Ambedkar, as International Day, I right earnestly started my humble bit towards 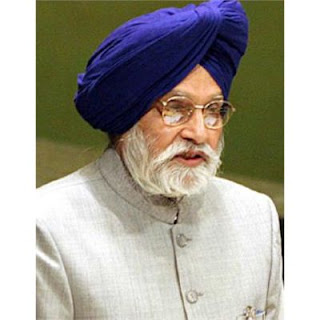 the goal with my letter to Indian Minister of External Affairs, Dr. S. Jaishankar on April 15 which may be seen at link  http://diplomatictitbits.blogspot.com/2020/04/the-road-map-to-realize-proposal-on.html

My next step in this regard is my letter dated April 22, 2020 to Sardar Charanjit Singh, Chairman of Forum of Schedule Caste MPs and MLAs which is appended below:

I believe that you are still holding the fort of the Forum of Scheduled Caste MPs and MlAs. You are aware of the proposal on April 14, birth anniversary of Babasaheb Ambedkar, as the International Day of Equality. It was good to interact and work with you to carry forward the proposal. I must register my appreciation for the whole hearted support you and your worthy son Inder Iqbal Singh has been extending in pursuing the matter with the high offices like the President of India, PM of India and also at the high-tables of the UN. These efforts are well documented in files of the PMO and MEA and are resting in their cup-boards in spite of the fact that much water has flown in the Ganges in India and the Hudson in New York since June, 2015.

With the City of Burnaby of Canada accepting the proposal and proclaiming April 14 as “Dr.B.R. Ambedkar Equality Day” on April 06, 2020 (Proclamation enclosed for ready reference), we have entered the second phase of our endeavor to convince the GOI to kindly endorse the proposal and make a demarche to the UN to declare April 14 as International Day of Equality. The EAM/PM, who would, as usual, be heading the Indian delegation to the UNGA session in September, 2020 should make it public in his speech at the UNGA. It is our laud thinking on the subject to officially celebrate the Day on April 12, 2021. I have again written to EAM Dr. S. Jaishankar on April 15, 2020 on the subject and has reminded him to kindly look into the matter (copy of my letter is enclosed for ready reference).

Obviously, Sir, my humble submissions do not carry much weight. We are to provide the much needed political and social push to the proposal and make our point reach home with the GOI. The purpose of my approach to you is say that kindly pick up the threads and revive and revisit our proposal on the International Day of Equality not only to honour the greatest son of India in the contemporary times but also the enhance India’s stature in the comity of nations through soft diplomacy. It goes without saying that Forum of Scheduled Caste MPs and MLAs could be a force to reckon with if it realizes its latent strength.

I am confident, Sir, that your support to proposal remains and you would do your every best to pursue the matter with EAM Dr. S. Jaishankar and PM Narendra Modi. I may add that some members of the Forum may be persuaded to take up the matter in the Parliament and the respective state Assemblies appropriately. I will remain available, as always, at your disposal, if you require any further information/consultation on the subject.

The Forum, I must write as a word of appreciation, has been very considerate and help full in reaching out to PM Narendra Modi with the proposal in the past. I also copied the letter of April 22, 2020 to some of the Ministers like Thaawar Chand Gehlot, Ram Vilas Paswan, Rattan Lal Kataria, Ramdass Athawale, Som Parkash among others. I will also be directly writing to some of MPs and MLAs, in due course, to solicit their support both in the parliament and various state assemblies. It is a long journey. I am reminded of Robert Frost’s poetic expression which Jawaharlal Nehru quoted in his Last Testament:

Woods are lovely; dark and deep,
Miles to go; before I sleep.

Meanwhile, it is gratifying to note that there is considerable enthusiasm among the stake holders, followers of Babasaheb and the public with regard to the proposal. I shared some of the reactions in my earlier blog and add some more by way of thanks giving:

"It has been a pleasure, since long, to interact and work with you with regard to matters of interest and concern to the community and the society at large. I thought of writing to you to reiterate our dedication and commitment to support you fully with regard to the big project of declaring April 14, birthday of Bharat Rattan Babasaheb Dr Ambedkar, as “International Day of Equality”. Obviously, we, at the Ambedkar Times Forum are to stand with you and other stake holders as our itselfthe Group of publication is fully dedicated to the greatest son of India, Dr. B.R. Ambedkar.
I take this opportunity to wish you all the best in your wonderful work. I assure you, Sir, of the full support of the “Ambedkar Times” and the “Desh Doaba” weekly newspapers Sacramento (California) as your Media Partners in this regard."

Retired IPS Kashmir Singh of the Achievers’ Foundation sent a message on WhatsApp:

“I on behalf of Achievers Foundation will support the project initiated by you. I will be obliged if draft content can be shared. I will dwell on the theme that will be provided by you
I must place on record your initiative for getting 14th April declared as International Equality day in Canada.”

Posted by ramesh chander at 9:48 AM