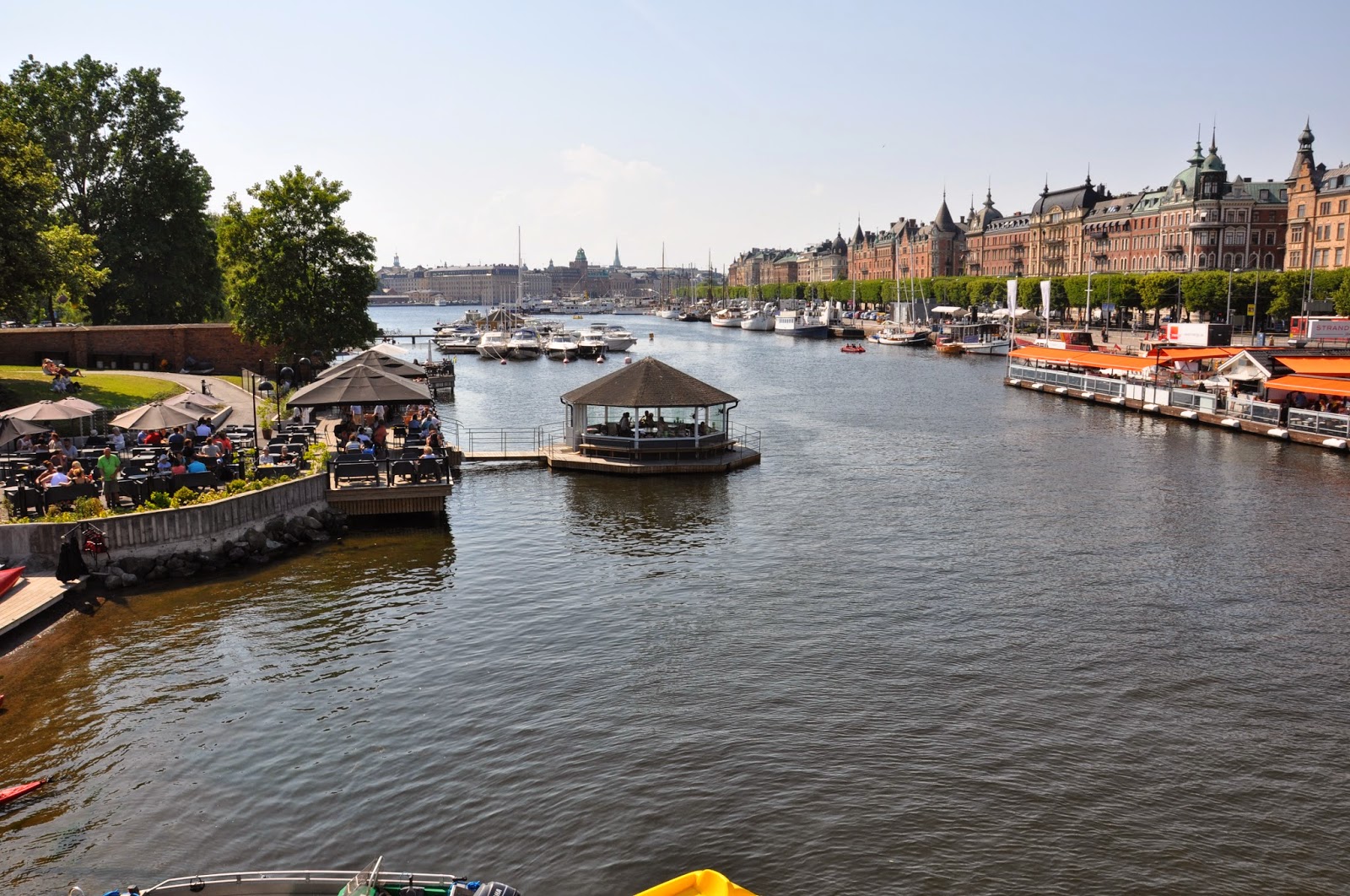 It is a warm sunny day, July 8, in Stockholm. People are enjoying themselves in the parks, water-fronts, home lawns and balconies. We also went for a brief visit to the down town to renew our memories of beautiful city Stockholm, a city on water. Naresh, my son and our grand children Pallavi and Arvind accompanied us to show us the places of interest.

We found a good blend of the old and the new. The basic character of the city which we lived from 1991 to 1994 has been consciously maintained. There are a few more high rise buildings in and around the city. The traffic has increased considerably but it is, as usual, very much regulated and disciplined. We passed through the famous Wenner Gren Centre on one end of Svea Vägen, Stads Biblioteket (State Library), famous Kyrka (Church) and cemetery where the grave of Prime Minister Olof Palme is located, Indian Embassy (near the church) on Adolf Fredriks Kyrkogata and the stately State Kultur Huset ( State Cultural House) on the other end of Svea Vägen. The city, as it was before, is incredibly clean and green. One not so pleasant sight which I noticed was that there were beggars unlike before. I think that it has come because of the EU´s freedom of movement and work. 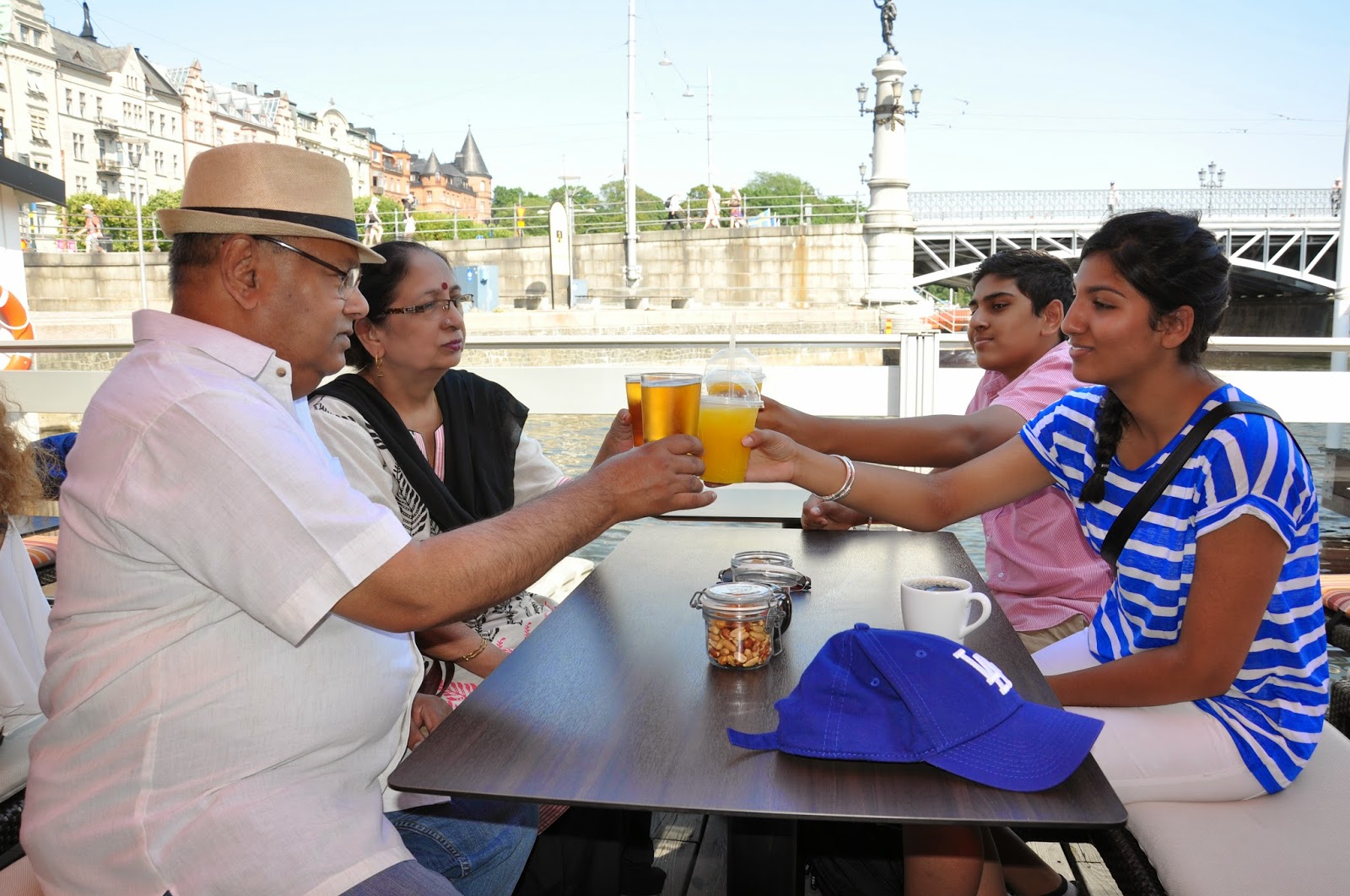 We headed for a short walk on the Strand Vägen water-front, a famous spot for tourists and fun-loving crowd. It was enjoyable. People were boating in private and hired boats.   It is known that in Sweden to own a private boat and  a summer house (Sommar Hus) is considered a status symbol. Naresh treated us to a glass of chilled draught beer on a floating restaurant, Strand Bryggan (Beach Bridge). We felt relaxed and happy. 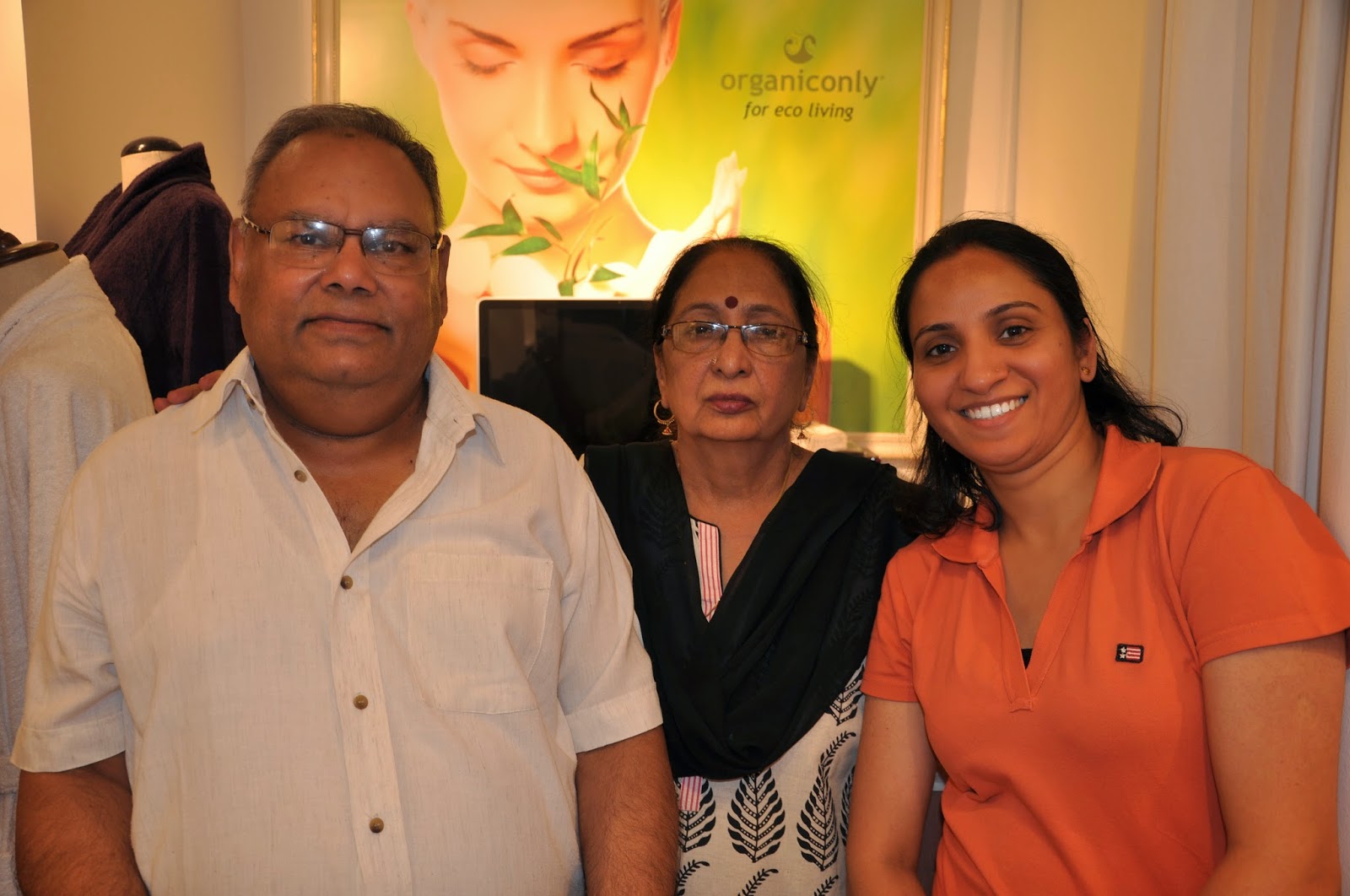 On our way back, we visited Naresh´s small shop, BAMBOO Store by Organiconly, in the prestigious Sture Gallerian at Birger Jarlsgatan. They sell clothes made of bamboo fibre and other items made with organic processes only. It is a good environment friendly business concept. We were happy to see Naresh and Anju´s venture. Naresh is a self made man. We wish him further success in the years to come. Anju, on our suggestion, drove us in front of India House (Residence of the Indian Ambassador) on the  posh Villagatan. In the early years of India´s independence, Prime Minister Jawaharlal Nehru stayed in this House during his visit to Sweden. I have had the honor to dine with the Swedish King Karl Gustav XVI over a dinner hosted by Ambassador P.S. Sahai in 1993 before His Majesty´s visit to India. I was the First Secretary in the Embassy of India and still cherish that memory.

More later as it comes.

Posted by ramesh chander at 9:32 PM