Rahul Gandhi – Rahul Gandhi, 47, is a scion of the Nehru-Gandhi clan, a known family of India with a long legacy of Motilal Nehru, Jawaharlal Nehru, Indira Gandhi, Feroz Gandhi, Rajiv Gandhi, Sanjay Gandhi, and Sonia Gandhi in the social and political life of India in the contemporary times. Rahul Gandhi, a reluctant politician to begin with like his father Rajiv and mother Sonia, has come of age in politics. He took over the reins of the old grant party of India, the Congress Party on December 17, 2017 as expected. Notwithstanding the propaganda onslaughts of his political opponents terming Rahul’s elevation as the President of the 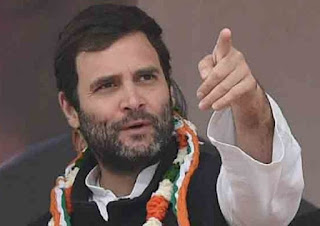 Congress Party as ‘dynastic coronation’, Rahul has arrived, if the results of Gujarat elections are any indication where he led the Congress election campaign.  The BJP has won, no doubt, but not without getting the heat against the self-righteousness of the ruling elite led by PM Narendra Modi. Rahul, by now, I think, is a mature politician. He should firmly stand for secularism, pluralism, democracy and casteless society. I could not understand his over emphasized and over professed Hindu identity, as ‘Janeudhari Hindu’ in the run up to the Gujarat elections. He should proudly remain what he is, like his great grandfather, Jawaharlal Nehru. Let us wish Rahul Gandhi all the very best in the larger interest of India and its democratic polity. The political forces of India should polarize under the respective banners of the BJP, right of the Centre and the Congress Party, left of the Centre, leaving good space for the Centre. This kind of polarization is needed if we want to see the largest democracy of the world as a dynamic one too.

Falling Standards of Electioneering – The state elections in Gujarat and HP are over and also municipal elections in Punjab. The political pundits are busy in analyzing the results and political parties and their leaderships busy in justifying their role, conduct and outcome of the elections. Some pertinent points have come to the fore which ring warning bells for the democratic polity, secular and pluralistic society and adherence to unconstitutional methods to achieve political goals. It is time to stop, sit and think before it 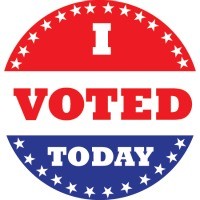 becomes too late and we put our democracy in “jeopardy” as visualized by no less a person Dr. B.R. Ambedkar, father of the Indian constitution. The elections were not contested on the basis of political agenda, social and economic interests and concerns and above all not with “Gyan and Sheel”; the much needed moral fabric for the democratic set-up. The often confessed agenda of so called “Vikas” was side-lined and abandoned in favour of caste and religion with a view to polarize vote banks. It suits the ruling BJP. The Congress led by Rahul fell into the trap. He over-zealously visited Hindu temples. BJP countered it and challenged his Hindu credentials. Rahul Gandhi lowered himself further by flaunting himself as a “Janeudhari Hindu” against the Nehru legacy of secularism. Mani Shankar Aiyar added fuel to the fire by terming PM Narendra Modi as “Neech Aadmi”. He did not use the word ‘Neech’ to identify his caste or birth, to my understanding, but to say that Modi was low i.e. ‘Neech’ in his conduct, behaviour, and demeanor.  PM Modi, as a past master to exploit such situations, encashed it by stressing that Aiyar not only insulted him but also hurtled the pride of Gujarat by calling him ‘Neech’. It was a willful distortion of the intent of Aiyar’s untimely utterances. BJP was feeling the heat of the youth brigade of Rahul Gandhi supported by Hardik and Mevani, among others. Again, Mani Aiyar’s dinner diplomacy on the eve of voting in Gujarat provided the BJP and PM Modi further ammunition to fire to defeat the opponents. PM Modi, to my thinking, crossed all limits of diplomatic niceties by dragging Pakistan and PM Manmohan Singh in the alleged conspiracy against him. He also generated the “Supari” allegedly arranged by Mani Shankar Aiyar in connivance with his Pakistani friends to defeat and unseat the democratically elected government of Modi. The acrimonious comparing, led by no other than PM Modi, crossed all limits of political sagacity and morality.  This fast falling standards of electioneering is a matter of worry and concern. I am reminded of Babasaheb Ambedkar on the subject of morality in politics and I quote, “The education can hardly be the sole qualification for membership of the parliament. If I may use the words of Buddha he said that man requires two things: one is Gyan and other is Sheel. Gyan without sheel is very dangerous. It must be accompanied by sheel by which we mean character, moral courage, ability to be independent of any kind of temptation, truthful to ones ideals. I am very keen to see that no member enters this august assembly who does not possess Sheel in adequate degree.”

Municipal Elections in Punjab – Elections to some of the municipal corporations and councils in Punjab were conducted last week on December 17. Jalandhar Corporation was one of them. I am based in Jalandhar and as such I witnessed these elections. It is a matter of regret increasingly we have made a mockery of our system. It is a matter of concern and worry. First of all, after the delimitation of Municipal Wards, the elections were announced in a hurry which created all round confusion among the political parties and aspirants to participate. The administrative and election machinery were not fully prepared and equipped to handle the 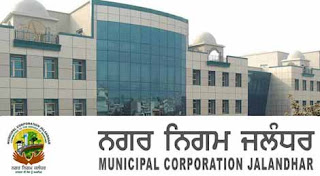 elections. New Ward Limitation details were not readily available even to the aspiring candidates. Polling booths were not allocated properly and in many cases these fell in the neighbouring wards. The voters were not briefed and informed through voting slips, as it was done earlier. It was a noisy affair with loud speakers mounted on rickshaws and three wheelers. There were several categories of wards namely; General, SC reserved, SC ladies reserved, General Ladies reserved, OBCs etc. The whole exercise was confusing. With a view to match the categorization, many couples from adjacent wards were in the fray. The wives of aspiring players were thrown in the arena as their wards became lady’s reserved. Obviously, it led to piling of reluctant and unsuitable candidates. Most of the lady candidates were dummy candidates or Mukhotas as it was certain that their husbands will hold the fort in practice. It is a negation of democratic norms. I am told that husbands of such lady Councilors even attend the meetings of the Council and act on behalf of their spouses.  The redeeming feature is that this time the ladies have a majority in the 80 member Jalandhar Municipal Corporation. It was also in the media that most probably, the coveted post of the Mayor of the city of Jalandhar will be reserved for a lady councilor and that too from the SC community.  The local councils are expected to play a definite role in not only strengthening the grass-root democratic institutions but also play a big role in providing good municipal services and facilities to the citizens. It is all the more important to pay much needed attention to smoothen the functioning of the municipal councils. It will go a long way in bringing about and attaining the objectives “Smart Cities” project.

Posted by ramesh chander at 5:24 PM