PUNJAB ELECTIONS – FRIENDLY SUPPORT to Some of the Candidates 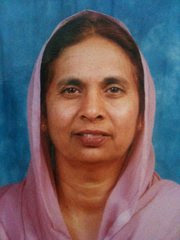 I am in Jalandhar, my home town. For the first time, after my retirement from IFS a year before, I am keenly watching the elections. One thing has impressed me that the elections now are well organized and do not raise much dust and noise. It is a credit to the Indian democracy. I am registered as a voter in the Jalandhar Cantonment constituency and would exercise my vote after a long gap. I did so in 1977 in which Indira Gandhi lost and for the first time at the Centre a non Congress government was formed under the leadership of Morarji Desai. I have had the opportunity to see these developments first hand as I was posted in the PMO in a junior capacity, close to the seat of power.

Today, I am writing as apolitical person to support and encourage some of the candidates in the fray as I like. Some of them know me personally and some not. It is just to give a right perspective to the general public with a view to get deserving candidates elected in these days of increasing money and muscle factor in the elections. One such candidate is HARDEV KAUR who is contesting from the Jalandhar Cantonment constituency on the BSP bandwagon. I would like to support her not on the basis of her party affiliation ( both Hardev Kaur and her husband Prem Shant are committed members of the BSP and were close to Babu Kanshi Ram) but for her personal integrity and also her social and family values. Prem Shant and Hardev Kaur are my family friends. I have had the chance to know them well. Keeping with the roots, Hardev is totally integrated with the society and community. Her father in law Shri Tara Chand 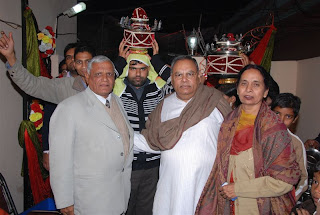 was a staunch Ambedkarite. He and the family were fully involved in the community activity and politics of the time under the banner of the Republican Party. I am reminded of an anecdote in a lighter vein. The election symbol of the Republican Party was also an Elephant as it is of BSP now. Tara Chand brother Maghar Ram had migrated to the UK. The name of his wife was Aatti who was staying back home in Jalandhar. Some of the activists around Tara Chand coined an interesting and focused slogan “मघर कह गिया आत्ती नु; वोट पौन्ना हाथी नु !” ( Before going to the UK, Maghar told his wife Aatti to vote for the elephant). It was the kind of involvement, Hardev’s family had with the community. Now coming to the crux that why I support Hardev;s candidature. She is a simple lady with integrity. Vote for her will be a vote for the enlightened section of the women folk and in turn would add to the cause of women empowerment. As we say that charity begins at home, the service also begins at home, to my mind. Hardev kaur has done that service well and skillfully. Prem was a junior civil servant to begin with. He rose to become an officer in the Excise and Taxation Department of the Government of Punjab. Prem Shant is a successful man. It is said that every successful man has a women behind. That woman was Hardev Kaur. Their two daughters are professionally qualified practicing doctors with MD degrees to their credit. Their husbands are MDs too and are highly placed professionals. One of daughter of Hardev and Prem is highly educated with MA & B.Ed ( if my off the cuff information is correct) and her husband is occupying a coveted position of a Judge in one of the districts of Punjab. Sushil Sheemar, son of Hardev and Prem, is a highly placed senior officer of the ITS of 1991 batch. His wife nick named Lovely ( I don’t recall her real name) is a dignified lady again belonging to the judiciary and adorning the seat of a Session Judge in Hoshiarpur. It is not difficult to see that how much effort and involvement Hardev had put in to bring their children and family to such a high pedestal. I think she can do the same in her new avatar as a politician and elected representative of the people. We must give a chance to such dedicated people belonging to the roots for the public good.

Hardev Kaur may not be having the requisite financial and logistical sources to be match to her opponents. She may also not be having a sound support of her Party as compared to the others in the fray. But Hardev’s personal credentials are much high and clear to deserve to an elected representative of the people. I wish Hardev all the very best.
Posted by ramesh chander at 9:33 AM