A TRYST with DESTINY

India is celebrating the 65th Independence Day today the August 15. GREETINGS & CONGRATULATIONS on this auspicious day. India has come a long way in her development and progress over the decades. It is a matter of satisfaction. But still it has to go a long way in eradicating poverty, hunger and illiteracy in which millions of fellow Indians are living. The scourge of caste and social inequality is still a big blot on the face of independent India. More needs to be done. India, nevertheless, has a 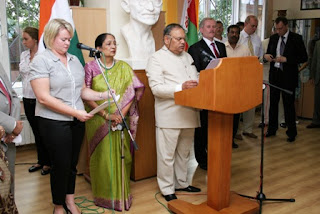 arrived, to catch up with the 21st century, but it is yet to reach and bring about cheer to the masses living below the poverty line. Last year on August 15, 1910, I had the honour to hold the flag in Minsk ( Belarus) and host the Independence Day celebrations.

I am reminded of the famous speech of Jawaharlal Nehru, the first Prime Minister of India, at the midnight of August 14-15, 1947, on the eve of INDEPENDENCE, in the Constituent Assembly, in which he said in a poetic tone:


" Long years ago we made a tryst with destiny, and now the time comes when we shall redeem our pledge, not wholly or in full measure, but very substantially. At the stroke of the midnight hour, when the world sleeps, India will awake to life and freedom. A moment comes, which comes but rarely in history 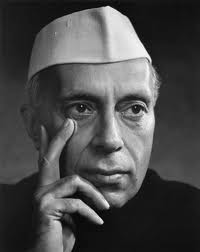 , when we step out from the old to the new, when an age ends, and when the soul of a nation, long suppressed, finds utterance. It is fitting that at this solemn moment we take the pledge of dedication to the service of India and her people and to the still larger cause of humanity. "

These were the lofty ideals of our leaders. We started at the right path. We came on the rails with all the difficulties on the way. We are on the move. We have hopes. We tend to realise them under the democratic system which we adopted to run the country. The things are getting difficult. The vested interests and the messengers of doom are working over time to derail the process. India needs to ward itself off from the " Grammar of anarchy " as fore warned by Dr. B.R. Ambedkar, being spread and propagated by some of the so called leaders under the guise of " Satyagraha " outside the constitutional parameters of such actions.

Let me refer to still another warning of the father of the Indian constitution Dr. Ambedkar. He said in the Constituent Assembly on November 24, 1949:


"Here I could have ended. But my mind is so full of the future of our country that I feel I ought to take this occasion to give expression to some of my reflections thereon. On 26th January 1950, India will be an independent country. What would happen to her independence? Will she maintain her independence or will she lose it again? This is the first thought that comes to my mind. It is not that India 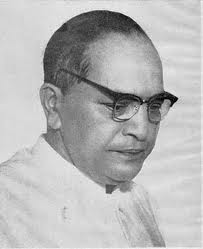 was never an independent country. The point is that she once lost the independence she had. Will she lost it a second time? It is this thought which makes me most anxious for the future. What perturbs me greatly is the fact that not only India has once before lost her independence, but she lost it by the infidelity and treachery of some of her own people. .........Will history repeat itself? It is this thought which fills me with anxiety. This anxiety is deepened by the realization of the fact that in addition to our old enemies in the form of castes and creeds we are going to have many political parties with diverse and opposing political creeds. Will Indian place the country above their creed or will they place creed above country? I do not know. But this much is certain that if the parties place creed above country, our independence will be put in jeopardy a second time and probably be lost for ever. This eventuality we must all resolutely guard against. We must be determined to defend our independence with the last drop of our blood. "

Jawaharlal Nehru's ' tryst with destiny ' and Ambedkar's ' reflections on independence ' shall serve as the guide posts in the march ahead. India shall also not ignore the