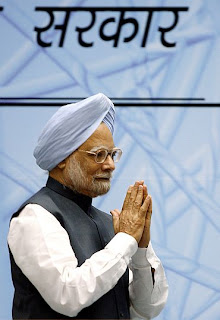 PM Manmohan Singh spoke to the nation from the Lal Qila yesterday on August 15 on the auspicious occasion of the 65th Independence Day. It was a traditional speech by the PM which has become a yearly ritual. But this year, I noticed some departures from the traditions. I thought of sharing it with the readers of this lay man's blog.

PM mentioned and referred to almost all important issues and developments like corruption, price rise, terrorism. social inequalities, farmers and land issues, state of the economy, media etc. He also asserted that India has come a long way but still to go a much longer way. It was normal to report to the people the 'state of the nation' at this important occasion. There were two important and significant departures in the speech: i) there was no mention of foreign policy - it was a good skip particularly in the wake of ongoing internal problems of corruption and many other internal issues engaging the attention of the country. I think, foreign policy of any country, is the extension of its internal situation. It is important to set the house in order and foreign policy will flow from that. Anna Hazares, Baba Ramdevs and the self appointed spokespersons of the so called Civil Society shall consider and heed to PM Manmohan Singh who said, inter alia, in his Independence Day speech " The road ahead is long and arduous. Particularly, the prevailing situation both inside and outside the country is such that if we do not act with understanding and restraint, our security and prosperity can get adversely affected." and ii) there was no mention of any other national or international personality or quote from their utterances - I think it was a pleasant departure.PM rightly said " We should also have faith that our democracy, our 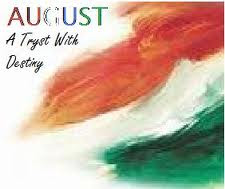 institutions and our social ideals and values have the capacity to deal with any difficulty. We should all have faith in ourselves. The faith that we can build a promising future for ourselves. The faith, that united we can do the most difficult of tasks. Let us all resolve to build a bright future for our country " May be he has in mind the famous couplet of Dr. Iqbal: