THE AARAKSHAN CONTROVERSY - A point of view


I have read with interest the controversy on the forthcoming movie AARAKSHAN. The issue, to me, seems to be unnecessary and uncalled for. The movie produced by Prakash Jha, renowned movie personality, is yet to be released. The controversy that the movie is against the dalits is based on hearsay. The public does know the contents and the message, if any, of the movie. I read some months before that the lead actor in the movie Saif Ali Khan was harassed and threatened by the concerned. I read t 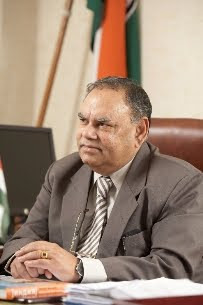 he other day that some forum has been made in Jalandhar to oppose the movie. Today, I read that P.L. Punia, Member of Parliament and Chairman of the Scheduled Caste Commission have desired to see the movie before it is released. The producer Prakash Jha and the Censor Board headed by Leela Samson have not agreed to do so. On intervention by the Ministry of Information, a special screening of the movie was arranged by the Censor Board for a 9 member Panel (5 members of the panel belonged to dalit community) constituted for the purpose. They did not find any objectionable content and intension in the movie. The movie is scheduled to be released on August 12.
I have not seen the movie. Most of the so called activists who have apprehensions about the movie have also not seen it either. What is the controversy then? Is it inferiority complex? Is it fear? Is it ignorance? Is it exploitation or blackmail by the vested interests? We are living in a democracy and shall not be afraid of debate and discussion. Let people speak their mind in a civilized way. The dalits shall prepare themselves to meet them make their point, if there is any. Democracy also provides them the power of vote. Defeat the adversary, if required, at the Hastings. Dr. Ambedkar. became the Chairman of the Drafting Committee of the Constituent Assembly by his own right. Jagjiva 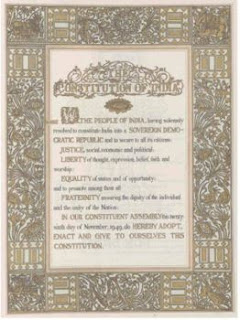 n Ram could not become the Prime Minister in spite of the fact that he was the most competent and eligible to hold the position. Mayawati is holding the coveted position of the Chief Minister of Uttar Pradesh for the fourth time on the basis of her own strength and ability. Let us shed the fear and get ready for the fight by democratic means in the parliament, legislatures and the society at large. I heard one of the songs of the movie AARAKSHAN which goes something like this: