Today, March 8 is the International Women’s Day. The Day is celebrated all over the world to celebrate the importance of women in the society and empowerment of the so called weaker sex. It is the century year of the women’s day. It was observed in Europe in the year 191

1 for the first time in Germany. The Working Women’s Day was an important day in erstwhile Soviet Union and the Soviet bloc countries in Eastern Europe. I personally witnessed and participated in the celebrations in Prague and Minsk during my diplomatic assignments.It became the International Women’s Day in 1977 when the UN observed it as the year of Women Empowerment and declared it as 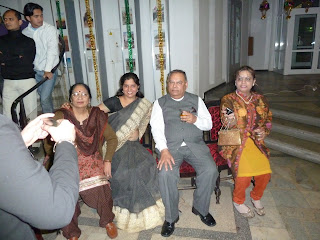 the Day of Woman’s Rights and International Peace. Since then March 8 is observed with all fan fair and solemnity it deserved and rightly so.

The International Women’s Day is also celebrated in India but still it is cosmetic and is confined to metropolitan cities and that to only in the elitist circles. It is a matter of gratification to note that in India women enjoy, legally and constitutionally, equal rights and status. The ground realities are different. The woman equality and empowerment is still an important issue which needs to be addressed both by the society and the administration with concerted efforts. We are yet to go a long way. The father of the Indian constitution said long before “I measure the progress of the community by the degree of the progress which women had made” and fought relentlessly to make the necessary provisions in the constitution for the equalality and empowerment of women. According to the Hindu philosophy woman is considered the ‘Greh Lakshmi’. Guru Nanak, the great Sikh Guru, spoke against the ill treatment of the women folk and said ‘ so kiyon manda akhiye jis jame rajan’. Mahatma Gandhi wished that the President of the India shall be a woman and that too one from the dalit communities. The outcome is not bad and is rather encouraging Indira Gandhi remained the Prime Minister of India for almost two decades. President of India is Pritabha Patil. T 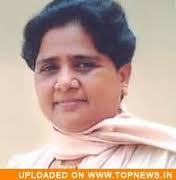 he strongest political personnality is Sonia Gandhi. Meira Kumar is the Speaker of the Lok Sabha (Lower Chamber of the Indian Parliament), The Chief Minister of one of the largest state of India Uttar Pradesh is none other than Mayawati, a dalit, the Head of the Indian Foreign Service (Foreign Secretary), of which I was a humble member till recently, is Nirupma Rao. Not only in India, have the Indian women made big strides even abroad. Many of them made to the high and coveted positions in the Parliaments and Governments of important developed countries like the USA, UK, and Canada. It is a tribute to the Indian democracy.

Much needs to be done। The girl child has to accepted and respected in the families. The woman in the house is too respected and loved. It will help in getting happy families and harmonious society. The world would become a better place to live. I conclude in the words of a famous Indian poet:
एक नहीं दो दो मात्रI नर से बढकर नारी
Posted by ramesh chander at 2:26 PM