His Holiness THE DALAI LAMA

The Dalai Lama, Tenzin Gyato, has announced his decision to relinquish his political role in the matters related to Tibet. The announcement, which has created ripples in China and the other quarters concerned with the Tibet issue, came on the 52nd anniversary of the Tibetan uprising of March 1959 against the high handedness of the regime in Beijing. The Dalai Lama, the spiritual and political leader of Tibet, escaped to India along with his large number of followers. India welcomed and sheltered

him as an 'honoured guest'. The Tibetans formed a Government in exile with headquarters in Dharamshala in the State of Himachal Pradesh in India. Since then, the Dalai Lama and his followers supported by many democratic states and governments and also civil societies throughout the world have been struggling to get the right place and recognition for Tibet in the Peoples Republic of China. But the issue remains. The decision of the Dalai Lama will tend to focus the issue again. China would need to look into the issue afresh to find a just and agreeable solution. The Dalai Lama would no more be available with his sobering and compassionate approach. The concerned, particularly the Chinese authorities, would have to deal with the new Tibetan leadership.

The Dalai Lama remains a source of inspiration for more than 400 million Buddhists around the world. Before his coming to India in 1959, Dr. B.R. Ambedkar had already embraced Bud 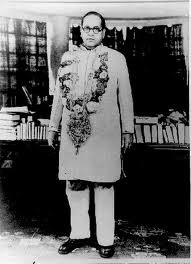 dhism in 1956 which came a milestone for the revival of Buddhism in India. The Dalai Lama ignited the urge and strengthened the Buddhist thought and philosophy. The Chinese government has termed the decision of the Dalai Lama to handover the political leadership of Tibet to an elected Tibetan leader ' a trick to deceive the international community. ' On the other hand, keeping in line with his mind and mission, the Dalai Lama said in his announcement " China has a huge potential to contribute to human progress and world peace. But to do that, China must earn the international community's respect and trust." It is the Dalai Lama. The government of India has commented that the Dalai Lama may continue to enjoy the hospitality as an 'honoured guest' in India and rightly so. The message of the the Dalai Lama's decision to handover power and wanton voluntarily shall not go unnoticed in India and many more countries. The scent of 'Jasmine Revolution' underway in West Asia is potent enough to touch the other shores too.

I had the honour and privilege to meet the Dalai Lama two times during my diplomatic interaction. I met him and lunched with him in Tokyo sometime in 2003. I was impressed with his simplicity and charmed humility. He is an embodiment of love and compassion. The second time, I met the Dalai Lama was in Prague in 2005. He spoke at the inter-faith forum on human rights. It was an extempore delivery and a free wheeling inter-action with the audience. The Dalai Lama stole the show with his simple but straight exposure and presentation. I vividly remember his stopping and greeting me particularly in the crowd after the function. I will cherish the warm handshake with the Dalai Lama.

Posted by ramesh chander at 8:10 AM