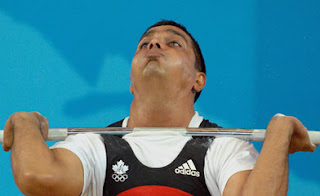 The XIX Commonwealth Games 2010 will start today the October 3, 2010 at New Delhi and will conclude on October 14. The stake holders, particularly the Indian organisers, the Indian Government and the Indian nation at large are keeping their fingers crossed for the smooth conduct and success of the games, in the background of considerable difficulties and adverse public image. At times, it became so scary that the games were likely to be called off, as some of the skeptics wished. The honour and the prestige of the country was at stake. The venues were not ready, the desired services were not in place, the Organising Committee under Suresh Kalamadi were facing corruption charges.There were endless problems like security, floods, civic amenities, dengue, sale of tickets and so on. The blame game started and it further added to the confusion. Prime Minister Manmohan Singh had to take intervene and to set the things right but it was too late. He should have done so much earlier as the stakes were too big. I even thought that Rahul Gandhi should have come forward with his youth brigade, like his father Rajiv Gandhi did in the Asian Games in 1982, and extended his hand in saving the prestige of India which was badly hit in the run up to the games. Today, it seems things, by and large, are under control and the games are due to be inaugurated with a gala supporting extravaganza in a few hours time. It only shows that we have the capacity to do things under pressure. The army could make and get operational the bridge which collapsed a few days before near the games venue just in six days which the contractors could not do so in more than six months. The Indian companies can make magnificent palaces, world class infrastructure abroad to the entire satisfaction of the clients. Why shall we fail at home.Why shall it be so. Perhaps, we lack in collective sense of performance and delivery. We suffer the corrupt, sitting at the helm of the affairs. We lack in national pride. We lack in partnerships among the Government, the civil society and the corporate sector. The Fennels and the Hoopers, the czars of the Commonwealth Games, joined the band wagon of skeptics and stared to shout from the top. It would have been better if they had taken their share of blame and responsibility in the process of missed targets and timely delivery of the logistics of the games by the concerned. India has to face this challenge and fight in removing the tag of a developing country. We Indians ourselves shall come out of the psyche and feel good and equal. Only then the others will consider and recognise us. I have no difference with the likes of Mani Shankar Aiyer who did not approve of the Commonwealth Games to be hosted by India, as I respect Mani Shanker Aiyer as one of the finest minds of India, but once the decision has been take it becomes our responsibility and duty to do our best to make it a success. The world would see us as India and not as individuals how so big one may be. It also does not mean that we shall not learn from the mistakes. Not only we need to learn but also to bring to book the guilty who could not deliver and are still clinging to their chairs.

The mega event will showcase India and its culture to the world. I understand the Jawaharlal Nehru Stadium and the Commonwealth Games Village are the modern temples for the sporting community and present state of the art facilities.. The Games are set to be declared open in the evening by President of India Pratibha Patil and Prince Charles (Prince Charles is a Charming person. I met him two times closely - once at the funeral of Prime Minster Rajiv Gandhi, dressed in a Scottish Kilt and second time in Glasgow at a cricket match between the Indian team and the Scottish team) who is representing the Queen Elizabeth to the Delhi Commonwealth Games at the gala ceremony. The Delhi Commonwealth Games is the biggest ever with about 7000 players from 71 Commonwealth countries and territories with about 600 strong Indian contingent.The Indian contingent will be lead by the Olympic gold medal winner in shooting at Beijing Abinavh Bindra. 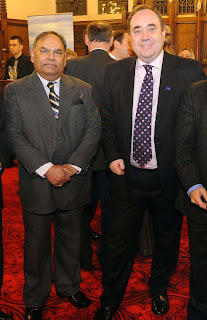 The next Commonwealth Games will be hosted by Scotland in 2014 at Glasgow. The Flag and the Baton will be passed on to Scotland at the closing ceremony of the Delhi Games on October 14, as per the tradition. I remember fondly when the First Minister of Scotland Alex Salmond personally thanked me ( I was the Consul General of India in Edinburgh, the capital city of Scotland) for India's support to the Scottish bid for the games a couple years before. I also visited the sports facilities in Sterling where the Scottish players were trained in the run up to the Pune Commonwealth Games held in 2007 and met the players who were enthusiastic to visit India not only for the Pune games but also the Delhi commonwealth Games.

The opening and closing ceremonies of the Delhi Commonwealth Games have been prepared meticulously and will present an exposition of the highest tradition and culture of India. It has been firmed by by the experts like Javed akhtar, Shayam Benegal and will be performed by the artists - about 1000 drummers, 1000 classical dancers, yoga demonstrators, etc under the Oscar winner music maestro A.R. Rehman of JAI HO fame. Now the stadiums will echo the slogan ' यारो ! इंडिया बुला लिया ' । The negative publicity and skepticism will be met by a resounding success, it appears. The Delhi Commonwealth Games will prove to be a land mark in India's journey to glory. WAH ! SHERA WAH ! Allamah Iqbal said: