THE PROUD BUT HUMBLING MOVEMENTS

The two proud but humbling movements for India happened yesterday, the October 12 at New York and today the October 14, 2010 at New Delhi - India got elected to a non-permanent seat at the UNSC and India successfully conducted and concluded the Commonwealth Games respectively. Both the events are, as it is, important for the Indian nation. But we shall take it as a humbling experience as we have ' miles to go before we sleep '. 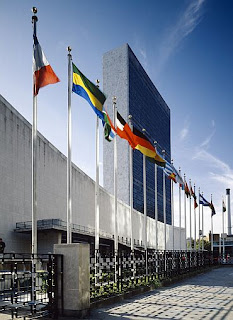 India became a non-permanent member of the UNSC after about two decades. But the success is not small. India got 187 votes out of the 192 total votes against the required votes of 128 to be elected, the highest among the other candidates. It is a proud movement for the wheel of Indian diplomacy of which I am also a small cog. India deserves to sit at the High Table of the UN. India's credentials for a permanent seat at the Security Council have been fully established. But it is not easy we are to be strong to get our due space in the comity of nations. It is satisfying that we are on track.

The Commonwealth Games got concluded successfully and peacefully. The Indian players brought Gold and Glory to with the second position in the tally of medals with 101.It is not a mean achievement in the background of problems in the run up to the games. The lessons learnt in the process shall duly noted. The guilty in bringing disrepute to the country shall be brought to book to ward off such repetitions. The stakes were too big. We could make it. It s 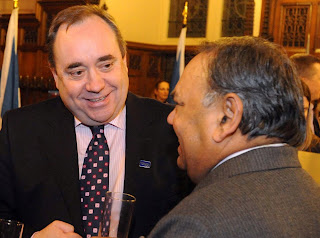 hall humble us further to get ready for the times to come. While watching the concluding ceremony of the Games, I got fully involved emotionally. The next Games will be hosted by Scotland in 2014 at Glasgow. The Flag and Baton of the Commonwealth Games was formally handed over to the Lord Provost of Glasgow Bob Winter with whom I interacted many times both officially and socially when I was the Consul General of India in Edinburgh. I could see First Minister of Scotland Alex Salmond sitting with other dignitaries and happily waiving the Scottish Flag to welcome and cheer elegantly tartan- kilted young Scottish boys and girls danced on the bagpiper tunes. I wish the Glasgow Games all success. The Indian contingent at the XX Commonwealth Games at Glasgow will receive good support and cheer from the ever hospitable Indian community in Glasgow. Let me conclude with a quote from Robert Frost:

The Woods are lovely dark and deep;
But I have promises to keep,
And miles to go before I sleep.
Posted by ramesh chander at 8:04 PM