India is the second most populated country after China with more than 1.2 billion people. India is the largest democracy in the world. India is one of the fastest growing economies globally. Not long before, the growing population of India was increasingly considered a problem. But the changing demographic scenario in India presents a different picture. The demographic dividend is turning out be 'India's Youth Dividend'. The majority of our population is under 35 years of age. The following figures speak for themselves:

By the year 2020, the average in India will be only 29 as against 37 in China and the US, 45 in developed Europe and 48 in China. India has 459 million young people who were born after1975. Of these 333 are literate which 73 % of the total youth population. It seems the future belongs to India. The Editor-in-Chief 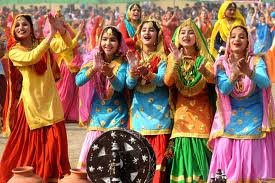 of The India Today magazine wrote 'What will be our tomorrow is what young people decide today.'