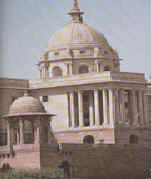 I wrote about the autobiography of Hardit Singh Malik in my Blog of April 1, 2010 . Now I have glanced through the book. It is a fascinating story of ' the most distinguished sikh of his time ' as Khushwant Singh, the famous columnist and writer, terms it.

Hardit Singh Malik has made some pertinent comments on some of the diplomatic/political personalities of the time. These are interesting. Girja Shankar Bajpai was one of the distinguished diplomats in the early years of the Indian diplomatic interaction after independence in 1947. Malik has commented on a basic human trait, loyalty and dedication, which we all need to sail through in life. He writes about Girja Shankar Bajpai and i quote " The story went that when someone remonstrated with Panditji (Jawaharlal Nehru) pointing out Bajpai's reputation, Nehru remarked that he had always served his masters well, at one time the British and now Indians. " I have had the opportunity to work and interact with the two worthy sons of Girja Shankar Bajpai, Uma Shankar and Katyani Shankar, who followed their father's foot steps and rose to the highest positions in the Indian Foreign Service by their own right. It was particularly satisfying, though in a junior position, to work with Katyani Shankar Bajpai in Beijing when he was the Ambassador of India to China in the late 1980s. Hardit Singh Malik writing about his experience at the UN in 1948, has made some telling remarks on V.K. Krishna Menon and I quote " Some years later when our representative, V.K. Krishna Menon was making his marathon speech at the Security Council on the Kashmir question and earning much merit among his admirers and friends, the general impression at the UN, and among diplomats in general, was that far from winning over people to our stand on the issue, he had succeeded in making more enemies at the UN than any representative of India had ever done. " It is a known that Krishna Menon was close to Jawaharlal Nehru and enjoyed his trust.

I will write about two more points emanating from the book:

1) Hardit Singh Malik referring to Mohammad Ali Jinnah's efforts to win over the sikhs before the creation of Pakistan. The story of Prime Minister of Egypt Zaghlul Pasha, trying to win over the christian minority in 1924, is interesting. PM Zaghlul Pasha agreed to all the demands of the christian minority listed by them without even reading them. Jinnah told the sikh leaders ' that is how I will treat the sikhs.' Malik who was on the delegation of the sikhs questioned by saying ' God forbid, supposing you are no longer with us when the time comes to implement your promises.' Jinnah responded with all authority and said ' Mr. Malik, my word in Pakistan is like the word of God; no one will dare to go back on it.' Jinnah, I understand, was a man of calibre but an egoist to a fault. The subsequent events could not justify the misplaced confidence of Jinnah. Jinnah did the same with the dalits. Dr. B.R. Ambedkar, a dalit leader, was appointed as the Chairman of the Drafting Committee of the Constituent Assembly and the Law Minister in the interim Government of India. Jinnah in his zeal to match Indian arrangements appointed Jogindernath Mondal, a dalit leader of Bengal, as the first Law Minister of Pakistan. Mondal started his work in right earnestness but could not hold. Jinnah's scheme of things failed and Pakistan tended to be an Islamic state and not a secular and democratic one like India. Jogindernath Mondal had to resign in October, 1950 and opt back to India. Jinnah's over confidence could not be justified. Later, incidentally, I had the chance to listen to Jogindernath Mondal at a public meeting in mid 60s at my native place at Bootan Mandi (Jalandhar) when I was a young student. I vividly remember he spoke in English and Lahori Ram Balley, a leader of the then Republican Party of India interpreted his speech in Punjabi. i was impressed though, frankly, I do not remember the content of the speech.

2) Hardit Singh Malik returned to India on completion of his Mission in France as the Ambassador of India in1954. He was sounded to be appointed as the Governor of Maharashtra. But Morarji Desai who was the Chief Minister did not accept Malik. PM Nehru sounded Malik to go to Argentina as Ambassador. Malik wished to go back to Paris. Nehru said that it would be embarrassing as Malik had already said goodbye to the President of France. The agre'ment for the appointment of Malik's successor K.M. Pannikar had not come yet. Malik could succeed in reversing the orders and went back to Paris as Ambassador. It was a sort of diplomatic coup. It generally does not happen. But it makes a loud commentary on the rapport and support the Ambassadors enjoyed with the political bosses back home.
Posted by ramesh chander at 12:01 PM