Recently, I have read the book ' India in the Mirror of Foreign Diplomatic Archives ' edited by Max- Jean Zins and Gilles Boquerat. Both of them are senior French academics. The book provides an interesting reading of the thought process of the French, British, the US and the Soviet diplomats and the political leadership of these countries in the early years of India's independence and formative years of Indian diplomacy. It also provides a good insight of the struggle India had to undergo to find a place and due space for itself in the comity of nations. Though the Indian side of the story is yet not fully available yet the archives of the other important countries bring out the flavour and essence and makes an informative and interesting reading.

The British left India in 1947, France was yet another colonial power in India in addition to Portugal. After the de facto transfer of the French settlements - Chandernagore, Karaikal, Mahe, Pondicherry and Yanam signed in October, 1954, these settlements were finally handed over to India on Novem 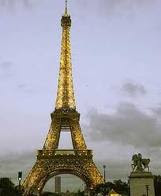 ber 1, 1954. Initially, France tried to hold on. The dispatches of French diplomats said ' There was no need for France to be ashamed about its presence overseas in its dealing with Indians, who were known to be sensitive to questions of racial segregation. It was enough to remind them of the humanitarian principles that had inspired the colonial policy of the Third Republic. ' An interesting fact came to light. General de Gaulle came to power in France in 1958. It was not to the liking of Jawaharlal Nehru. He compared General de Gaulle, according to Dr. Sarvepalli Gopal, the biographer of Nehru, to Mussolini rather than Churchill. General de Gaulle, on his part, did not like the way India laid its hands on the French settlements in India in 1954.
The American achieves make an interesting and informative commentary on Jawaharlal Nehru and his foreign policy right from 1947 to the death of Nehru in 1964. It becomes clear that Nehru did not find much acceptance with the American leadership. Ne

hru's neutralism, on one side and his support to the Soviet Union and China, in the early years of India's independence, greatly annoyed the US. John Foster Dulles did not understand Nehru's ' soft spot' for the Soviet Union and China. Dulles termed the non-alignment policy of India as ' an immoral and shortsighted concept.' The Kashmir issue was first important engagement between India and the US. The comments of Ambassador Klahr Huddle, US Representative to the UN Commission for India and Pakistan (UNCIP ) in 1948 on the Indian stand on the Kashmir issue convey all and I quote "self-righteous and intransigent stand". The first Ambassador of the US to India (1948-51) in a dispatch in 1949 before Nehru's visit to America cautioned that Prime Minister Nehru was ' a vain sensitive emotional and a complicated person.' At the same time Ambassador credited Nehru as ' an expert politician and a natural leader.' Nehru visited the US in 1949 and he was accorded a warm welcome by the public and media praised him as ' the hope for free Asia after the fall of China to the communists.' But the US officials were not impressed. The US Secretary of State Dean Acheson, after meeting Nehru during his visit to the US in 1949 commented 'Nevertheless, he was one of the most difficult men whom I have ever had to deal.' George McGhee, Assistant Secretary of State in 1949 found Nehru fuzzy headed and not a clear thinker. Krishna Menon offended Americans including Dulles and ' made them anti-India.' by his ' acerbic tongue and anti - American stance '. One more fact on the Kashmir issue has come to light which relevance even today. On the Kashmir problem, Nehru and Dulles agreed in 1953 that ' a plebiscite was not the best way to resolve the dispute and dividing the state would be the better way. Recalling the acrimonious and emotional votes in the inter-war Europe, Dulles looked with disfavour on plebiscites.' Dulles, however, backed off from pressing this approach in the face of the stiff opposition countered in Karachi when he raised this idea. It may be recalled here that some Indian leaders including Dr. B.R. Ambedkar also pleaded the same line of division of Jammu & Kashmir and plebiscite, if needed, only in valley. It has been reported that subsequently the issue came nearer solution, a few times, on the same lines of division or at least declaring the line of control as the international border but somehow could not be concluded. President Eisenhower was perhaps the only American in those early years who liked Nehru up to some extent but they ' disagreed on their appraisal of China '. The American archives also indicate that President Eisenhower had been impressed with President of Pakistan General Ayub Khan. Nixon in 1953, when he was the Vice President of India, disliked Nehru and described him ' the least friendly leader.' and made unflattering remarks 'the US should take a firm course with Nehru who often embarrassed the US.' President Kennedy, in spite of negative appraisals, in his State of the Union message in January,1961 ' lauded the " soaring idealism " of the Indian leader (Nehru), in spite his 'preachy neutralism'. The state visit of Nehru to the US in 1961 was ' a disappointing failure ' as per the US assessment. President Kennedy described the visit as ' the worst state visit that I have had ', according to the biographer of President Kennedy Arthur Schlesinger.
India has a long way since the early years of our her independence. The foreign policy of India is live and evolving with the changing times and the challenges. Both France and the US have now friendly and mutually beneficial relations with India as partners in development.

Posted by ramesh chander at 3:54 PM