The birth anniversary of Babu Mangu Ram Mugowalia (January 14, 1886 – April22, 1980) falls on January 14. I have been writing off and own in the Ambedkar Times and my Blog: diplomatictitbits.blogspot.in on the life and mission of Babu Mangu 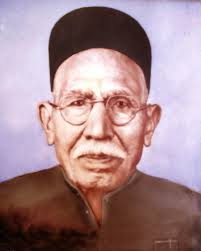 Ram “Prophet of dalit struggle in Punjab” as termed by Prof Ronki Ram of the Punjab University, Chandigarh. I thought of remembering the great dalit icon Babu Mangu Ram Mugowalia again as a humble tribute to him for his pioneering contribution for the emancipation of the marginalized sections of the society in the early years of the 20th century under the banner of Ad-dharam Movement which was founded by him in 1925-26 on his return from the democratic world abroad and his sterling role in the Gadar Movement in the USA for the independence of India.

Initially, the ad-dharam movement was initiated by Vasant Rai,  Achutanand among others as a ‘reform movement’ of Hindus under of Arya Samaj to counter Christians, Muslims and Sikhs who were targeting dalits to join them under the arrangements of communal divide initiated by the British rulers in 1909 and further strengthened in 1919 which ultimately resulted in the ‘Communl Award” of PM Ramsey MacDonald in 1932 after the Round Table Conferences. It goes without saying that the Communal Award was the outcome of untiring efforts set in motion of the Memorandum of Ad-dharam Mandal submitted to the Governor of Punjab in 1929 which was rightly called “Magna Carta of dalits” and aptly pleaded and registered by Babasaheb Ambedkar in the Round Table Conferences against a stiff opposition by Mahatma Gandhi and the Hindu leadership at large who wanted to keep dalits under the subjugation of upper caste Hindus. The Ad-dharam Mandal under the stewardship of Babu Mangu Ram Mugowalia stood by Dr. B.R. Ambedkar when he was struggling for registering his view point for the emancipation of the depressed classes from the tyranny of caste Hindus. The rest is history.

With Babu Mangu Ram Mugowalia’s expose to the liberal ideas of the USA and his work and interaction with the Gadari Babas made him revolt against the social discrimination of the caste Hindus against the depressed people under the caste system. He foundered Ad-dharam Mandal, in cooperation and coordination with his likeminded colleagues and declared the following as their motive and agenda, as written by Prof. Ronki Ram in one of his articles on the subject, “The leaders of Ad Dharm thus chose to restore dignity and freedom to the untouchables by detaching them completely from Hinduism and consolidating them into their own ancient religion – Ad Dharm— of which they had become oblivious during the long domination by the ‘alien Hindus’. In fact, the task of reviving their ancient religion was not an easy one, for the untouchables had forgotten their Gurus and other religious symbols during long period of persecution at the hands of the Savarnas. They had been condemned as impure and declared unfit to have their own theology. Thus, to revive Ad Dharm was tantamount to developing a new religion for the Achhuts. Mangu Ram’s claim that the Dalits were the real inhabitants of this land made an enormous psychological impact on the untouchables, providing a theological podium to sustain and reinforce the new Dalit identity.”Manyawar  Kanshi Ram, a dalit icon who brought the marginalized sections of the society to the political map of the country in recent times to carry forward the mission of Babu Mangu Ram, explained the agenda and rationale of Ad-dharam Movement in one of his public speeches in Hoshiarpur and said, “What is Ad-dharm? To tell people about this, I have called this meeting at this place. The Ad-dharm movement was the movement of rebellion against the Hindu religion. It was the movement against the Manuwad. A religion that mistreated and exploited Chamars for years and years, Ad-dharm movement was the movement against that oppression. It was the rebellion against all those atrocities. Ad-Dharm movement was the revolt against the Hinduism.”

The agenda and mission of Ad-dharam Movement and Babu Mangu Ram was clear and candid in establishing the dalit identity separate from the Hindus and Sikhs as Moolniwasis of the land. The contribution of Babu Mangu Ram and Ad-dhram Movement in this regard was immense and appreciable. It must be recorded in history in its right perspective. The subsequent developments like the Poona Pact of 1932 signed between Mahatma Gandhi and Dr. B.R. Ambedkar in the wake of the Communal Award, independence of India in 1947 and the new constitution of India and also Babasaheb Ambedkar’s embracing of Buddhism in 1956 changed the political and social scenario which resulted in diminished relevance of Ad-dharam Movement. But the impact and contribution of the Movement, nevertheless, will remain in the dalit consciousness for long years to come.

It is a matter of satisfaction that the mission of Babu Mangu Ram Mugowalia with appropriate changes to cater to the needs of changing scenario is being followed and promoted by All India Ad-dharam Mission under the leadership of Sant Satwinder Singh Hira of Khuralgarh Sahib, historic site pertaining to Guru Ravidass ji, in Hoshiarpur district of Punjab and many other outfits. I take this opportunity to wish them all the best in realizing the lofty ideal of establishing a casteless and equitable society as visualized by Babu Mangu Ram Mugowalia.

With this I close here with Naman to Babu Mangu Ram Mugowalia on his birth anniversary as my humble tribute to the great leader.

Posted by ramesh chander at 6:06 AM