The whole world and the international community are engaged in fighting the deadly pandemic – Corona Virus or Covid – 19.  India is no exception. Thousands and thousands have died and lakhs and lakhs, throughout the globe, have been found positive for the virus and are being treated under difficult conditions. The developed countries where medical facilities and health care arrangements are 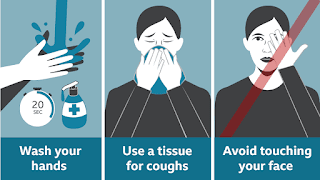 supposed to be of desired standards are equally trapped by the Corona Virus. I will not go into the details with figures. It will be suffice to underline the gravity of the situation that as of March 28, about 10 lakh people have been found positive with the virus and about 30,000 people have lost their lives. The situation is really grim which requires concerted efforts to contain the virus and impending danger to the humanity.

Fortunately so far in India, things are not that alarming though we woke up a bit late. Nevertheless, it is not time to resort to the blame game. In India about 900 people have been found positive and about 20 have died so far. But we are not to lower our guard. We are sitting on a volcano given the ground situation of our under development and poverty. We don’t  have adequate medical facilities and health care regime. Poverty and illiteracy would yet be an impediment in imposing self discipline – social distancing, 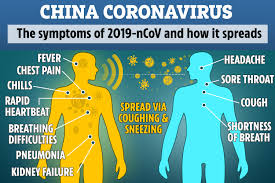 self confinement and isolation – the only effecting mantras to control the virus from its spread in the absence of any effective medicine or vaccine. The central government under the stewardship of PM Narendra Modi and the state governments has declared countrywide Lock out and even curfew in many regions to meet the deteriorating situation with the only available remedy to contain the virus that is - social distancing, self confinement and isolation. We all must listen and cooperate to save ourselves though it is easier said than done. But there is no other option. We would ignore this at our own peril.

There is immediate fallout of the sudden and immediate lock out which needs to address to make the lock out successful to achieve the intended results. I know the authorities are doing their best both at the central and state levels. But still to underline the immediate need to look into some of the aspects, I thought of reaching the public and the authorities and seek action and cooperation:

-         Appoint district level joint committees of governmental authorities and the civic society to monitor the situation and address local requirements to make the lock out effective.

-         Police authorities should be sensitive to the human needs and human psychology while enforcing the curfew and lock out and use their discretion. It has been observed that the police have been resorting to excessive force with undue approach of high handedness. I know it is a difficult situation particularly when the mob mentality overtakes and some people do not listen to the authorities. The enforcement agencies need to be tactful but assertive. We are a democratic country and should not be seen as a police state.

-         Central government has come out with a relief package for the poor. It is good gesture with a meager 170 lakh crores (about Us Dollar 2.2 million). But it would have been better given the scale of poverty and immediate requirements of the unorganized sector. The state governments are also doing their bit but need to do more. Now is time to sincerely and seriously implement the relief packages without any delay. The relief including monetary dole outs must reach the poor and needy. It should not remain on paper and the media to gain brownie points. Otherwise the situation has every potential to go out of hand and result in lawlessness leading to ‘foot riots” as warned by some economic experts. It is advisable to the authorities to take a good note of these requirements.

-         Internal migration has created yet another problem. The exodus of workers from their work places because of shut down of factories and projects have rendered them unemployed. They have no fallback position with any money in hand and shelter on their head. It is correct that the exodus defeats the purpose of confinement and social distancing but what to do. They are hapless people- worried and concerned to avoid starvation not only of themselves but their families back home. There is no point in blaming them. It seems that they are no mood and mind to listen also. The authorities are trying to make them understand and making necessary arrangement for their food and shelter. But I don’t think that there would be any respite from the movement. Better would be, in spite of the inherent dangers of spreading the corona virus in the rural areas, to organize transport and make their movement in an orderly fashion with all possible precautions. In some circles, it is argued that if governments can spend crores and crores on bringing back NRIs from affected countries by air flights why the authorities are jittery in spending small money on their transport by buses etc.? Let us maintain the social order by demonstrating that governments are equally concerned about the poor and under privileged.

-         People, who don’t have access to unaccounted money, don’t have cash in hand. Government would also pay the relief amounts to the Jan Dhan Accounts of the beneficiaries as announced. Obviously, they would ned to get banking services physically as most of them have no excess or mechanism to resort to on-line or digital banking. Pensioners and other senior citizens also have their money in banks only. Banks are not working. It is a problem which needs to be addressed. Banks should start working immediately, if not full time; let it be part-time with skeleton staff. Payment of insurance should be facilitated to avoid later difficulties in claiming insurance claims. Banks should entertain their clients with a liberal approach with discretionary powers to senior officers to help the clients rather than invoking minor procedural cookies. The idea is to avoid dislocation and undue scare.

-         Let us not allow ourselves to be bogged down by political rhetoric. The ruling outfits must engage the opposition in meeting this unprecedented challenge. The opposition should be mindful that they should not find faults with the governments just for the sake of opposition. United we stand – Divided we fall.

The whole world is looking at us as most of developed world has been engrossed by the pandemic. We are struggling to ward off the danger just near our door with meager sources. Let us pledge ourselves to fight the deadly virus of Covid – 19 with determination and grit. If we fail to stand up and do our best, there would be no one to save us. We should be aware of these ground realities. Let us listen to the authorities and the governments who are fully engaged to save us and the humanity at large. I conclude with our resolve to stand up and fight the virus together concertedly and jointly. May my country become a place of the vision of our forefathers as visualized in the Gurubani:

Posted by ramesh chander at 5:24 AM