Training School for Entrance to Politics – A flagship project of Dr. B.R. Ambedkar

Training School for Entrance to Politics – A flagship project of Dr. B.R. Ambedkar

India boasts of, and rightly so as the biggest democracy of the world. But at the same time, let me hastily add, that it is yet to become an ideal democracy. Our fore-fathers particularly father of the Indian constitution Dr. B.R. Ambedkar was fully conscious and alive to the fact that we need good political managers and 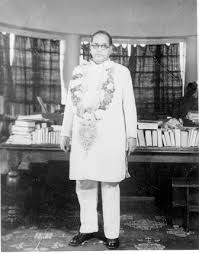 executives to run the show and play the game of politics.  If we, in the words of Dr. Ambedkar himself, are to transform the political democracy into social and economic democracy, we would need to learn some ‘Dos and Don’ts’ in the game of politics. Dr. Ambedkar thought of these basic requirements and planned to take a two prong approach – one to launch a real democratic and secular political party with a pan-India base and acceptance and second to establish a training school to educate and train competent and good players to enter public life and politics in 1956. He contacted and consulted like-minded public figures, academics, intellectuals and politicians on these two important requirements of the Indian democracy in its infancy. The political party, Dr. Ambedkar thought of, was the one which later, after his death, appeared as the Republican Party of India. The training school, he envisaged, was established in Bombay (Mumbai) in July, 1956 which also could not survive for long. The untimely demise of the great leader and visionary in December, 1956 itself, when these two important projects were just in the making, changed the whole scenario. The demise of Dr. Ambedkar was one of the greatest setbacks to the people who wanted to join hands with him in transforming the murky political scene and to strengthen the foundations of the newly established democracy under the new constitutional arrangements of which he himself was the initiator and proponent.

I will not waste time by writing much about the Republican Party. It was nowhere near in fulfilling the vacuum and meeting the aspirations of the greatest son of India and faded away in due course. Allow me to write about the Training School for Entrance to Politics established by Dr. Ambedkar in July, 1956 of which he himself was the Director. One may assess the importance of the school from this very fact that he himself, in co-operation with his close associate S.S. Rege, who was made registrar of the school, took the responsibility of running this dear project in spite of his failing health. The biographer of Dr. B.R. Ambedkar, Dhananjay Keer said about the School, “the school was meant for those who cherished the ambition of joining the legislature and it was the first of its kind in the country. Dr. Ambedkar himself prepared the syllabus of the school and launched the project with a batch of 15 students. It is said that Babasaheb was scheduled to address the first batch of the students in Bombay on December 10, 1956 but the cruel hand of his untimely death on December 6 intervened to stop it. The followers of Dr. Ambedkar got carried away by their narrow political agenda and did not pay any attention to this important project. The school as such could not be sustained beyond March, 1957.

Sixty long years have gone by. A new hope and a silver lining have appeared on the horizon. Two JNU alumni have decided to undertake and revive the Training School for Entrance to Politics so thoughtfully established by Dr. Ambedkar. Dr. Kshilpa Uke and Dr. Shiv Shankar Das after their intense research and study have taken 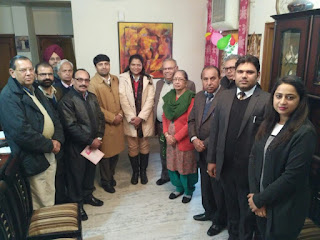 up the initiative. It is a welcome step. This scholar couple visited Punjab in mid January, 2017 for the purpose and shared their idea and agenda with the Ambedkarite intelligentsia. It was my pleasure to receive them and host a luncheon meeting for them on January 16 in which about 20 participants from cross sections of the educated segment of the community participated. Our scholar visitors gave us to understand that they were satisfied and happy with the interest and response they received. I take this opportunity to wish them a great success in their highly motivated and enlightened approach to revive the school, a flagship project of the great leader.

The community and the society at large is facing crisis of genuine leadership. Dr. Ambedkar was a visionary leader and thought of the needs of a good and functioning democracy long back in 1956 itself. His approach to politics and public life was based on the Buddhist philosophy of Gyan (knowledge) and Sheel (morality). He was interested and committed to motivate the youth to come forward and get trained to meet the challenges of the future and established a school for the purpose. But it was not to be. With a view to realize the dreams and aspirations of our leader, let us extend all possible cooperation and help to Dr. Kshipra Uke and Dr. Shiv Shankar Das in this regard. As a first step towards this, they have planned a “60th Anniversary Souvenir” for the Training School for Entrance to Politics” and they are in the process of identifying and compiling material and financial resources by way of advertisements etc.. We should help them in this lofty project as a befitting tribute to Babasaheb Ambedkar. The coordinates of Dr. Kshilpa Uke and Dr. Shiv Shankar Das are given below:

Posted by ramesh chander at 9:33 AM