Election Bytes of a Novice

Dear Voters of Punjab,
You are aware that I have been writing about the Punjab elections for the last about two months as an open letter of an aam aadmi. Now the final count of candidates from all political outfits and hues are available. The swords have been drawn for the fight to the 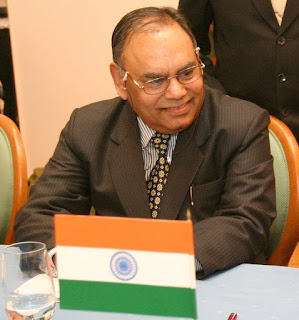 finish. In this letter, I will tend to give some of my random observations on the elections as a novice.

·       I myself was one of the aspirants of the AAP ticket from one of the constituencies in Jalandhar. The party did not endorse my candidature and allotted it to one of my colleagues. I felt bad on one count or the other and conveyed my hurt to the leadership in a disciplined manner without making a hue and cry in public. They, in turn, assuaged my feelings and I decided to leave the matter to rest. Now to put the matter in perspective, I feel that perhaps in politics there is no place for sweet nothings. My written communications to AAP Central Observer Sanjay Singh and AAP Punjab State Convener Gurpreet Ghuggi in this regard did not invoke any answer. Perhaps, leaders respond and engage with only those who have some nuisance value. Good that I don’t boast of any. I am reminded of PM Indira Gandhi’s advice to K. Natwar Singh when he joined politics after resigning from the IFS in early 1980’s. I quote K. Natwar Singh; I left the Indian Foreign Service in 1984. I had four-and-a-half years left in the service. Prime Minister Indira Gandhi and I were walking down the staircase in South Block. I said: “Madam, in a day or two I will be leaving for Bharatpur. My first priority would be to acquire a khadi outfit -- kurta, Jawahar jacket etc”. Her response was immortal, “Now that you are joining politics, a thicker skin would be more useful.” I could not become thick skinned.

·       After watching the ticket distribution exercise of the other parties like the Akali Dal, the Congress Party and the BJP, my ruffled feelings of not getting the AAP nomination received balmy touch. The stalwarts and leaders of standing got crushed by the turncoats and new entrants. The faithful and loyalist were made to make space to the new comers and people with tact and nuisance value. It was gratifying to note to satisfy my own self. The less said the better.

·       The election manifestos are yet another joke. All parties appoint high powered committees to make their manifestos. A lot of hullabaloo is made in announcing and issuing these documents. But it remains only sweet nothings. Only political analysts and academic investigators might have some interest in manifestos, public at large is not concerned. Moreover, political parties tend to forget the manifestos as fast as possible. I would like to believe the two stalwarts of popular politics- Chaudhary Devi Lal said where was the need of a new manifesto? Just change the cover of the last one. On the other hand Babu Kanshi Ram made an off the cuff googly and said that Guru Granth Sahib was his manifesto. US President Abraham Lincoln once said “You can fool all the people some of the time, and some of the people all the time, but you cannot fool all the people all the time.” It seems the Indian political class has mastered the art of befooling all the people all the time.
·       Political corruption is here to stay. No matter what the political parties and practitioners of politics say. The would-be candidates to get the nominations of their parties spend huge amounts to get the tickets in the run up to elections. AAP party, a new entrant, propped up candidates and made them compete with each other and also make them spend on party propaganda before the allotment of tickets. Congress and BJP delayed their ticket allotment exercise. The ticket aspirants were made to make several journeys to Delhi and stay put in costly hotels to plead for their candidature. Is it not political corruption? In spite of Election Commission’s stipulations, all parties and their candidates are spending huge amounts on their campaigns. Will not the new MLAs tend to make at least what they have spent and also corpus for the future? How will the corruption be stopped? Perhaps, state funding of elections, ban on door to door canvassing, and ban on road shows may offer some respite. The election machinery may organize a few public meetings where candidates may speak about their agenda and programme. More and planned access to print and electronic media and also social media may be resorted to.

·       There should be some stringent stipulations for independent candidates. Most of them are vested interests with personal agenda. Almost all parties have dissidents. They should not be permitted to act as spoilers. Some major players use them as tools to divide votes and gain in the process. They are more vulnerable to succumb to monetary allurements.

More in the coming weeks till the D-date February 4, 2017, the Election Day in Punjab.
With regard,

Post –Script: “The allocation for the development and welfare schemes is multiplying every year with no significant difference of socio economic status of the dalits. Resource allocation, access to jobs, services, health and education facilities must reach the socially deprived sections, failing which , the dalits may emerge as an exclusive vote bank and disturb the political arithmetic of the state.”


Pramod Kumar. Director of Institute for Development and communications – Hindustan Times of January 20, 2017
Posted by ramesh chander at 6:01 PM