All Set for the Final Rituals of the Punjab Elections, 2017

An Open Letter of an AAM AADMI – All Set for the Final Rituals of the Punjab Elections, 2017

The formal announcement of elections in Punjab has been made. The code of conduct has been set and imposed w.e.f. January 4 and the voting is scheduled on February 4, 2017. The counting of votes will take place on March 11. By the noon of March 11, it will be known who will make the government in Punjab. It is a well geared 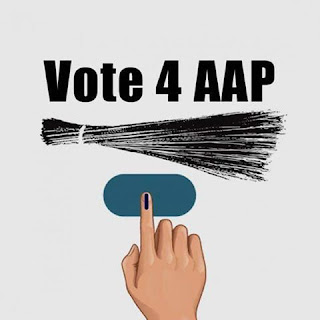 election mechanism under the democratic arrangements as enshrined under the rules and the constitution. All political parties and players are fully engaged in the exercise to reach the doors of the Punjab Secretariat and the assembly in Chandigarh. Elections in India are a mind boggling exercise. In Punjab alone for 117 seats, there are 1.97 crore voters. The salient features are that 25% voters are as young as 18-29 years, all voters have ID cards, and there will be 22,600 polling booths and 130 poll observers of the election commission. Rightly so, India is called the biggest democracy of the world.

Let us see the preparedness aspect on the part of the political parties and their candidates and also the enthusiasm of the general masses for this festival of democracy. In terms of announcement of candidates and conducting in depth door-to-door campaigns, AAP seems to be ahead of all. The micro management of the party through their volunteers’ network is marvelous. The AAP candidates got a fairly long time to reach out to the people. But at the same time, it is feared that a sense of fatigue may over power them towards the end. As I wrote earlier also, I think, the AAP managers should give some free hand to handle their campaigns. It would help in boosting up their morale. The Akali Dal is also well set not only in announcing their candidates but also spearheading their campaign with all the resources at their command including the government machinery and finances. The Congress party, as usual, is lagging behind not only in finalizing their candidates but also kick starting their electoral reach. The BJP, the junior partner of the ruling combine with only 23 seats to contest, is also way behind in the campaign. They are yet to name their candidates. The smaller parties are a fledgling lot. They are finding it difficult to find suitable candidates and matching finances. It is a matter of satisfaction that the street noise and hurly-burly of the past is missing and rightly so. The parties and the candidates are keen to engage print and electronic media including social media to conduct their campaign. More and more use of electronics such as video vans, LCDs and Apps like Whatsapp, SMS, Voice messages etc. have taken over from the loud speakers and noisy demonstrations. More needs to be done in this regard to give respite to the general masses from over burden them with unnecessary botheration by the parties and their candidates as done in developed countries of Europe and elsewhere.

The key poll issues of concern and interest in Punjab are many. The anti-incumbency against the ruling combine of Akalis and BJP is a major factor which will determine the outcome of the elections. The Congress and the AAP are all set to exploit this. The AAP leadership is cleverly trying to establish that it is a friendly and family match between the Congress and the Akalis. It appears people tend to buy this argument. Drugs are another important issue besides the fate of farmers and panthic issues. The Akalis are, it appears, on the receiving end in this regard. The water issue (SYL canal) is the only political issue in the elections. Though all major players like the Congress, the Akalis and the AAP are making noises in this regard but, it appears, common people are not much concerned. The law and order and also the indebtedness of the state are yet more important issues which the opponents of the ruling alliance would tend to raise and exploit. The election manifestos have become an unnecessary ritual in the elections. Here also the AAP has taken the lead and has already issued its manifestos for various segments of the society and economic activity. The others are yet to complete this avoidable exercise. These manifestos serve no purpose. It is more air than substance. I think AAP has taken a good decision to go for constituency wise manifestos. It makes lot of sense to my mind. At least people can catch hold of their representative on local issues and make him or her answerable.

All the parties are facing many difficulties in keeping their flock together in the run up to elections. The allegations of corruption and selling of tickets, family oriented approach; criminality, muscle and money power etc. are some of the known reasons of this running around. The major problem with our democratic polity, to my mind, remained that polarization of political forces could not take place on the basis of programme, agenda and policy. People are shamelessly changing their allegiance and affiliation just to satisfy their personal agenda. It is a blot on the system. It will be advisable to teach these turncoats and fly-by-night operators a good lesson by defeating them and conveying in no uncertain terms that people despise them and their conduct. Following the advice of Dr. B.R. Ambedkar, people with Gyan and Sheel should be sent to the august Assembly in Chandigarh. He said, “The education can hardly be the sole qualification for membership of the Parliament. If I may use the words of Buddha he said that the man requires two things. One is ‘Gyan’ and the other is ‘Sheel’. Gyan without Sheel is very dangerous. It must be accompanied by Sheel by which we mean character, moral courage, ability to be independent of any kind of temptations, truthful to ones ideals. I am very keen to that no member enters this august assembly who does not possess Sheel in adequate degree.”

Before I conclude this, let me touch another point which is akin to my thinking – the empowerment of the weaker sections of the society including women. In addition to economically weaker sections of the society belonging to any social strata, dalits alone make more than 32% of the demographic divide. Why the empowerment of these sections of the society is not high on the agenda of political parties. We ushered into political democracy with the dictum, according to the father of Indian constitution, Dr. Ambedkar, of “One vote one value”. But could we establish this practice? The answer is a big NO. The money power, caste system and discrimination against the women folk have negated this lofty ideal. If there is no reservation, I think, perhaps there will be no dalit in the fray. How many dalits have been given tickets from general constituencies by any of the parties? The retired dalit IAS, IFS, IPS and other professionals like doctors engineers, academics are not good enough to become MLAs from general constituencies.  How many women candidates have been favoured with tickets? Some of my friends might counter this thinking and say that we should not encourage these divisive tendencies. Why the dalits and deprived should not think:

By the time, I write my next letter on the coming Monday, the situation will be more clear and the political pitch will be raised further by the players on ground. It is gratifying to note that voters are getting wiser by each passing day. It is felt that people intend a good change. Will the infant player AAP be able to earn the popular support for that change? I think it can if the leadership understands the dynamics of dalit share in the pie. Many of you may not digest what I say. But in the last election in 2012, Akali-BJP combine could make it only because they could defeat the Congress in reserved seats and could garner support of dalits in general ones. The Congress candidates lost by slender margins of less than 1000 votes in at least ten constituencies. In a poetic parlance, it may be said:

Postscript:
The potence of Ambedkar

“….aanewaale dino mein dekhna, ki saara karobar, jaise hum pehele note ya sikko se karte the, voh din door nahin hoga jab yeh saara kaarobar, is BHIM app ke dwara chalne wala hai. Yani ek prakar se Babasaheb Ambedkar ka naam saari arthvyvastha ke andar yeh BHIM app ke dwara centrestage mein aanewala hai (See that in the coming days, the whole business which we used to do in coins and notes, the time is not far away that all the business would be done through this BHIM app. It means that in one way, the name of Babasaheb Ambedkar would come to the centre stage of this economy through this BHIM app).”

Posted by ramesh chander at 8:12 AM