At the outset, let me confess that I feel sorry that I could not write after May this year in my blog because of pre-occupation in my public life in association with Aam Aadmi Party (AAP). I was an aspirant of the party ticket to contest in the forthcoming elections from a constituency in Jalandhar. But the party in its own wisdom did not consider me worthy of such a venture. I am relieved of the hustle and bustle of electoral politics. I have time to pick up the threads and start writing again as a novice Blogger on matters of interest and concern.
I wrote on April 22 “Guru Ravidass Memorial at Khuralgarh” and would like to review the situation in the light of the position on the subject and related matters. I wrote and I quote:

Quote
All the major players in the great political game are busy in wooing the dalits to gain their support and votes. In the process, they are undertaking and employing all the tricks and tactics not that there is any love lost or they are interested in improving their position or empowering them as equals but only to befool them to get their votes. This is the 10th year of the Akali-BJP government in Punjab, maybe the final year before they are thrown out by the upcoming political forces like the AAP. What have they done for the dalits?  Dalit icons Guru Ravidassji and Dr. B.R. Ambedkar have suddenly appeared on their radar. Have they budgeted any definite amount to be spent on the Khuralgarh project? Have they fixed any timeline to complete the project? Have they put in place any special outfit to see the execution of the 110 crore Khuralgarh project? What special programme have they made to celebrate and observe the 125th birth anniversary of the greatest son of India, Dr. B.R. Ambedkar? I wrote to the Deputy CM of Punjab on the subject some months ago but there was not even an acknowledgement.  Again surprisingly, I read a story in the Hindustan Times that MOS Vijay Sampla has mooted a proposal to make a world class memorial of Dr. B.R. Ambedkar at Bootan Mandi, the so called capital of dalits. I, a humble Bootan Mandian, welcome the proposal. But I am certain that the proposal will remain a news item only.  I will write on this subject separately.

My dear dalit brethren, kindly watch out for the emerging scenario and marshal your forces to safeguard your interests in this great game otherwise you will again be cheated.
Unquote

The community has been cheated as expected. There is no news about the Khuralgarh project. It seems nothing has happened except some ceremonial inaugurations by the government Ministers. They may make some false promises in the run up to elections and nothing more will appear on ground. What the Deras, self professed and declared followers of Guru Ravidass, are doing? It is anybody’s guess. I think they are divided to the advantage of the ruling powers. The ruling powers know that the Big-Wigs of these Deras may be satisfied and allured by throwing some fringe loaves like providing some visible gunmen, red or blue light vehicles, escort Jeeps and such humbug. The faithful feel elated and the matter stops there.

Now I come to the second part, the Ambedkar memorial at Bootan Mandi in Jalandhar, announced and promised by MOS Vijay Sampla. As expected, it remained a news item and nothing happened on ground till the last week. The site of the promised memorial appeared in the news because of other reasons and not because of the Ambedkar memorial. I quote from the story carried by the Tribune on October 26.

Quote
Proposed to be a site for setting up a girls college or even Dr BR Ambedkar Memorial by the SAD-BJP leaders, plots cut in a nearly 4-acre land of Chara Mandi where the Market Committee intends to set up a vegetable market went for Rs 10 crore in an auction held yesterday.
The sale of the property has not gone down well with the Congress leaders of the area.
Congress councillor Pawan Kumar said, “The auction report has come as a big surprise for the area residents. Deputy Chief Minister Sukhbir Badal had promised that the land here would be used for setting up a girls’ college ahead of the 2012 Assembly elections.”
The Congress councillor added, “We had even carried out a signature campaign from the residents of the area wherein as many as 10,000 people had sought the setting up of a girls’ college here. The area is inhabited by Dalit population and any such development would have been surely welcome, but the government went ahead with its interest to generate revenue out of the site ignoring the demand of the people.”
Even Union MoS Vijay Sampla, in a bid to woo the Dalit community of the area, had sometime ago announced the setting up of Dr Ambedkar Memorial at the site.
He had even said that he had held talks with Deputy CM on the matter and had got approval from Union Minister Thawar Chand Gehlot.

Obviously, the community feels cheated. Where are the leaders of the area, who are aware of these promised projects, namely Vijay
Sampla, Bhagat Chunni Lal, Rajesh Bagha, Santokh Chaudhary, Hans Raj Hans, Surinder Mahey, Seth Satpaul Mall, Avinash
Chander, Pawan Tinu to mention a few among others. Where is the BSP? Why should they pocket this cheating and insult to the icon of the community? Where are the outfits like the Ambedkar Mission Society, Ambedkar Bhawan Trust, Samta Sainik Dal and various Ambedkar Senas. Why are they not taking up the issue and compel the governments and leaders of the ruling parties to come clear on their promises? When will they use the so called dalit vote bank to their advantage? Let us sit and find out answers to some of these questions. Let us not allow anybody to take us for granted. 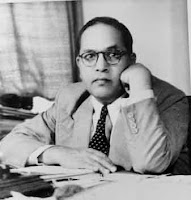 Let me conclude by bringing in AAP of which I was an active volunteer till recently. AAP is a new player and is yet to establish its credentials with the dalit communities, with a huge vote share of more than 32%, in the electoral politics. The party is about to come out with its SC Manifesto in the coming days. I as a humble member of the party I have been interacting and communicating with the Punjab Dialogue of the party under Kanwar Sandhu and Chander Sutta Dogra directly and also through Zonal Observer for Jalandhar Rajiv Chaudhary on matters of interest and concern to dalit communities of Punjab. I also submitted a 10 page Non-Paper on the subject in which my proposals and suggestions to recognize and honour the dalit icons were included. I am confident, though my communications did not get any formal acknowledgement from the Punjab Dialogue, that some of my suggestions may find some mention and may be included in the said SC Manifesto of the AAP. AAP is said to be a party with a difference. Let us see if they show some desire to catch up with the expectations of the community.