Handling terrorism is too complex a matter – easy to write about 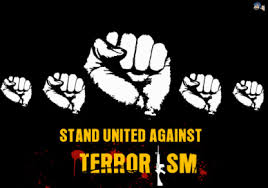 and comment on but very difficult to act and deliver. However, some aspects of handling terrorism still need to be answered for the better understanding of a layman like me. The subject is currently in news on account of Dinanagar (Gurdaspur) terror attack of July 27. It is a matter of gratification that our security forces successfully ended the matter by killing all the three terrorists who most likely came from across the border. The resultant damage inflicted by the terrorists was also big in which many of our police personnel, including SP Baljit Singh, and civilians lost their lives.

It is very difficult to control terrorism. Terrorists need to be lucky only once and the receiving end i.e. people and the forces to counter the scourge of terrorism need to be lucky all the time. It is all the more difficult to handle terrorists of ‘Fidayeen’ variety. Unfortunately, we have a hostile neighbor with a porous border. They host, train, export terrorists almost as a state sponsored activity to bleed India. Nothing much can be done about this till we settle things with Pakistan either politically and diplomatically or otherwise. The only option at this juncture, therefore, is to tighten our defense and border controls and be vigilant at home. There is no point in blaming each other as and when such terror incidents happen. We need to be alert and ready to face the situation as it comes.

The main purpose of this piece is to consider and assess the response of our police and other agencies to handle terror strikes within our borders. I have been following these incidents and actions with interest and concern. My overall assessment is that we talk much and do little. It seems that we forget quickly and learn nothing from such situations. Apart from the local police authorities, who should generally be handling such terror incidents, there are a plethora of other agencies like Para-military Forces, National Security Guards (NSG), Military etc. I have observed that whenever a terror strike happens, all these outfits are made to rush to the scene. It creates a chaotic situation generating unnecessary hype and commotion. There is no designated command to act and handle such situations. In the recent incident at Dinanagar, the local police was ill-equipped to give a desired and expected response to terrorists who were Fidyaeens from Pakistan. Additional police force was called from neighboring stations. Special Weapons and Tactics (SWAP) contingent of Punjab to handle such situations was called and deployed. The NSG and Military was also summoned and kept on standby.  It appeared that there was no clear cut strategy and nobody knew who was in command. Nevertheless, the action was on to flush out, over-power or eliminate the terrorists holding their positions inside the police station. The SWAP commandos were not fully dressed and equipped, as reported in the media also, to handle the situation. SP Baljit Singh, who was also not fully equipped, held the position, along with his men, valiantly and fell to the bullets of terrorists and lost his life.  Punjab Police authorities were adamant and wanted to handle the situation by the Punjab forces resulting in undue and uncalled for delay in finishing the operation.  The terrorists could have tried to blow the building and escape in the resultant chaos and confusion and inflict more damage which was in any case their motive. The terrorists had a rocket launcher which was enough to destroy a building. The people at the helm were more interested, it seems, in adding another feather in their caps without caring for the cost. The electronic media, it has been seen, invariably go berserk and become handy in spreading rumors by telecasting unconfirmed stories by adding their own spicy narrations.


All said, I would like to reiterate, it appears, that we are not fully 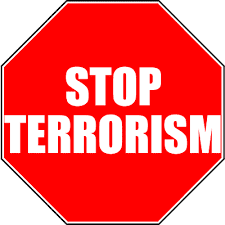 serious and ready to meet the challenge, in spite of the fact that we have been at the receiving end for many decades. The concerned agencies are to be fully trained, equipped to fight the menace of terrorism. The command structures, starting from the local administration like District Collector, should be put in place to avoid confusion in decision making at the first instance. Thereafter, the action may be followed and reviewed by State and Centre level Committees as per assessment and requirement instead of making all the agencies to rush and create avoidable confusion at the first go.
Posted by ramesh chander at 2:41 PM