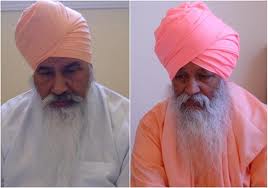 The 3rd anniversary of assassination of Sant Ramanand of Dera Sachkhand Ballan in Jalandhar was observed by the followers of the Sant and the Dera and also the other concerned on May 25. The tragedy in which Sant Ramanand sacrificed his life and Sant Niranjan Dass the current Chief of the Dera suffered grivious injuries is again in news. The Government of Punjab, as ordered by the Hon’ble High Court of Punjab and Harayana on the Public Interest Litigation ( PIL) filed by an NGO called General Samaj Manch, has appointed a Commission headed by a retired High Court Judge to decide claims of public and private property got destroyed in the backlash of the unfortunate incidents in Vienna on May 24, 2009.

I have no intention to interfere in the judicial process of the country. I have full faith in the constitutional and judicial set up of the land as I, like majority of the ordinary people , feel that to uphold the democratic eddifice of India, we shall abide by the law and do not resort to violence and unconstitutional methods which were termed as “Grammar of Anarchy” by Dr. B.R. Ambedkar. But I have a few questions or daubts in my mind which I will like to get clarified both by the authorities and also the concerned leaders or say the organisers ( if there were some) of the said acts of violence and destruction of property.

i) The PIL has been filed by an NGO called General Samaj Manch. The name of the Manch itself speaks about the bias which it must be holding against the dalits. It is obvious that most of the involved in the said violence or destruction in the aftermath of the assassination of Sant Ramanand were likely to the followers of the Sant and Dera or the dalits who felt outragged by the attack in Vienna. Is it that the General Samaj Manch feels that the dalits ( the special or specified samaj) has no right to protest and give air to their anguish ? Did the authorities counter the petition of the General Samaj Manch or decided to silently side with the Manch in the caste ridden society to teach a lesson to the dalits who tend to assert themselves ?

ii) It has been reported that the Court had clarified to make it clear that liability of the compensation amount will be borne by the perpetrators of violence as well as organisers of the agitation. It is obivious that the so called perpetrators were the affected and pertubed dalits. They shall compensate the loss. Who were the so called organisers of the agitation ? Did they plan the agitation or was it sponetanious? Is it that the dalits shall not agitate and give vent to their feelings ? I think nobody planned the resultant violence. The Dera and the community leaders fully supported the authorities and appealed to the perturbed masses to be calm and peaceful. Otherwise the situation was getting out of hand.


iii) I have no information on the question that- Is it for the first time that such an order has been passed against the perpetrators of mob violence in India ? Who paid the damages in the 1984 Sikh riots ? Who paid for the loss in several communal riots in the country ? We need to look into this.


iv) I have no knowledge of the thinking and reaction of the Dera Sachkhand Ballan and the so called organisers of the agitation of the Vienna backlash. This the time to stop, think and standup to the emerging scenario. It is not an ordinary situation. The vibration of this will be felt in the years to come. Are the concerned leaders both spiritual and political prepared to face the up coming out slaughts on the community ? I think the Dera Sachkhand Ballan shall consider and undertake the follow up on these matters.

We need to think and find answers to to some of these questions, atleast for my own satisfaction as one among you, my fellow brethren.