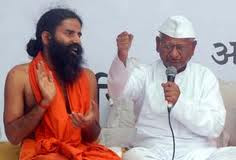 FOOD for THOUGHT
Mahatma Gandhi adopted ‘Satyagraha’ as the modus operandi of his political and social action against the British rulers in the fight for independence and also sometimes political and communal causes like the ‘fast unto death’ against the ‘communal award’ resulting in the Poona Pact in 1932 with Dr. B.R. Ambedkar and ‘Satyagraha’ at the time of partition of India in 1947 and so on. India got its independence on August 15, 1947. Mahatma Gandhi was assassinated by Nathu Ram Godse, a fanatic and fundamentalist. India adopted its constitution and became a Republic on January 26, 1950. The whole scenario got changed giving way to democracy as against civil disobedience, non-cooperation or ‘Satyagraha’.Dr. B.R. Ambedkar, the father of the Indian constitution, referred the change in his last speech in the Constituent Assembly in November 1949 and said

“If we wish to maintain democracy not merely in form, but also in fac 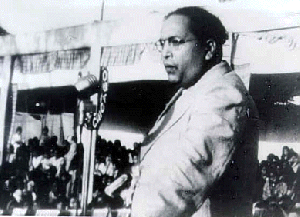 e watched. The Government, it seems is worried, as Swami Ramdev enjoys huge following. Some more food for thought is the aftermath of Jaiprakash Narain’s ‘ Satyagraha ‘ in early 1970s resulting in Emergency imposed by the then Government of Indira Gandhi. I think it is the ‘Grammar of Anarchy ‘which Dr. Ambedkar talked about in his thought provoking speech in the Constituent Assembly.
Posted by ramesh chander at 3:00 PM