THE CORRUPTION DEBATE – A POINT OF VIEW

The issue of corruption is in the news every day. It will remain so in the years to come as it is an important issue which not only affects our daily lives but also the overall health of the country and the society. Bribes are a fact of life in India. The Transparency International ranked India at 87 out of 178 countries in its Corruption Perception Index in 2010. Corruption is not a new issue but of late it has generated somewhat additional focus in the wake of some huge scams and corruption cases which have come to light in recent times. Some of the activists of the so called ‘ civil society ‘ like Kiran Bedi, Sh 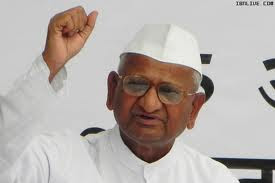 anti Bhusan and social and community activist like Anna Hazare and Swami Ramdev have thrown their weight behind the corruption debate and the questions pertaining to its handling and eradication. The Government has been made to succumb to the demands of fortifying and strengthening the official and legal frame work including statutory and constitutional provisions. It is intended to bring in the desired checks through the system of Ombudsmen, as in some European countries, to control corruption. The Lokpal Bill is being drafted which will be presented in the Parliament in the coming months. Some of the provisions of the draft Bill are appearing in the media. The judiciary is also getting pro-active in addressing the issues related to corruption. The Government and the Opposition is getting vocal as it is a political compulsion for them to speak. The Aam Aadmi (common man) is getting interested but confused. Not only it is a contentious issue but also a long drawn process which requires constitutional amendment.

Notwithstanding the well placed concern on the issue of corruption which certainly needs to be addressed and tackled head on, there is an urgent need to see and examine the issue from historical, constitutional and practical perspective. Undue gratification (corruption or bribe) has been one of the tenants of governance (political/diplomatic expediency) right from the Kautilya (Chanakya) times under the dictum of SAM, DAM, DAND, BHED. It states the obvious. Some discount, in view of the human instincts, is due while making the law and in the process o its implementation. It does not mean that corruption or bribery has to be allowed or legalized. The next aspect is the law or the constitutional provisions... It is very easy to say that the relevant laws are not enough to deal with a particular issue. But, to my mind, the realities are different. Our constitution is a well written and very wisely made instrument. It has already stood the test of time. Prime Minister Indira Gandhi tried to re-enforce or change some of the provisions. The Swaran Singh Committee suggested the changes and some of them were incorporated in the constitution, of course by the due procedure of the law. Even the nicely worded poetic Preamble of the constitution was amended by adding the words ‘democratic, secular, socialist’. I think it did not make any difference. India was both democratic socialist and secular state even before the amendment and it will remain so as long as the spirit of the constitution remains and prevails. Prime Minister Atal Bihari Vajpayee also appointed a constitution review committee. The Committee could not do anything worthwhile. I am reminded of Dr. B.R. Ambedkar who asserted in the Constituent Assembly “As much defense as could be offered to the constitution has been offered by my friends Sir Alladi 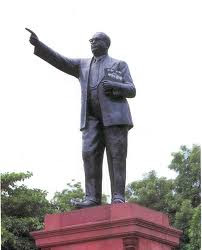 Krishnaswami Ayyar and Mr... T.T. Krishnamachari. I shall not therefore enter into the merits of the Constitution. Because I feel, however good a Constitution may be, it is sure to turn out bad because those who are called to work it, happen to be a bad lot. However bad a Constitution may be, it may turn out to be good if those who are called to work it, happen to be a good lot. The working of a Constitution does not depend wholly upon the nature of the Constitution. The Constitution can provide only the organs of State such as the Legislature, the Executive and the Judiciary. The factors on which the working of those organs of the State depends are the people and the political parties they will set up as their instruments to carry out their wishes and their politics. Who can say how the people of India and their purposes or will they prefer revolutionary methods of achieving them? If they adopt the revolutionary methods, however good the Constitution may be, it requires no prophet to say that it will fail. It is, therefore, futile to pass any judgment upon the Constitution without reference to the part which the people and their parties are likely to play”. I think necessary legal framework is already in place which shall meet the emerging scenario. There is no need to make unnecessary and excessive laws which coul 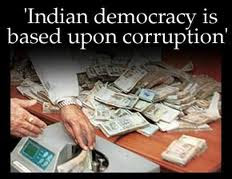 d not be implemented. The noose shall be tight against the corrupt politicians and beaurocrates. There shall not be two opinions on this. But the question remains that telecom scam; adarsh scam etc. and the likes of Radia and Hasan do not affect and harm the common man directly. The common man is more harassed and tortured by the police constables, electricity, water, telephone, ration card inspectors. How do we propose to control that? They make some additional bucks daily. They are not rich. How one does proposes to attach or confiscate their properties. Corruption at high levels prevails in other countries too but generally the common man is not subjected to these problems on day to day basis. It does not mean that one shall not be flexible but more rules and regulations have not served the purpose. The mind set needs to be changed. The menace of money power in the elections, increasing criminal elements in politics need to be checked. The judiciary needs to be strengthened and made efficient. It is said that justice delayed is justice denied. The legal process needs to be geared up to address corruption particularly the small corruption which is faced by the poor and common citizen.
The existing institutions and mechanism need to be streamlined and strengthened. The constitutional and statutory authorities like the Comptroller and Audit General, the Election Commission, the Vigilance Commission, the National Human Rights Commission, the Union Public Service Commission, and so on. The newly made and introduced provisions of the RTI Act, the RTE Act should be fully implemented. The ‘revolutionary methods ‘referred to by Dr. Ambedkar would be a danger for the democratic edifice of our polity and establishment. I hope the well meaning people like Anna Hazare and Swami Ramdev and the leaders and activists of the ‘civil society’ do not, knowing or unknowingly, would be interested in, as it is said, ‘ eating and not only counting the mangoes’. I reminded of Dr. Iqbal who wrote beautifully: