Some of my fellow BootanMandians - 3

I wrote about the Seths of Bootan Mandi. Some more families including Seth Sat Paul Mal ( I understand that he is the current President of the Guru Ravidass Education and Welfare Trust), Harish Mahey, Manohar Mahey, Seth Bhagwan Dass, Kamal Mahey and Girdhari Lal are also doing well. Girdhari Lal's wife Narinder Kaur is also an elected member of the Jalandhar Corporation. It is a matter of regret that the economic and financial soundness of these Seths could not contribute effectively to transform the backwardness of the society into success and progress. They remained divided and mired in narrow considerations of politics and self promotion. I feel bad in my mind to this hard fact but it is so, to my mind. I think most of the dalit society in the region still look towards Bootan Mandi for the lead. I may quote Dr. Iqbal:
" जरा सी नम हो तो यह मिटटी बड़ी ज़रखेज है सकी "
Let me mention a few names with whom I interacted quite closely during my formative 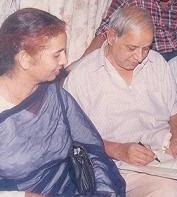 years in Bootan Mandi both as a fellow student and also as a social activist. Prem Shant - one of my close family friends. Prem, to my mind, is the first person in the recent years who showed upward social and economic mobility in real terms. He was the first to change his residence from Bootan Mandi to the new posh adjacent colony-Guru Teg Bahadur Nagar in the early 80s and many others, rightly so, followed him. Prem retired as Excise And Taxation Officer some years before. He and his family are committed Ambedkarites and politically oriented towards the BSP. Prem, I know personally, was close to Babu Kanshi Ram even when Babuji was still struggling to find his feet in politics. During his visits to Jalandhar, he used to stay with Prem at his residence. Hardev Kaur, the wife of Prem, is also socially and politically active. She even contested though unsuccessfully an election for the Punjab Assembly as a BSP candidate some years before. I like and respect Prem particularly because of the fact that he paid good attention to the education of his children. Their two daughters are professionally qualified doctors who are happily married to well placed doctors, the third daughter has a Master's degree plus and married to a professionally qualified legal attorney, son Sushil is a Senior Executive in the Indian Telecom Service is married to Lovely ( I forget her full name) who herself holds a senior position of a Judge in the Judiciary. I feel good to have Prem as my friend. Moreover, he has been very helpful in some of my personal matters, I being a small man of Bootan Mandi. My another fellow BootanMandian who made a mark in the government service is Bihari Lal. He retired as a Senior Executive in Tele-communications more than a decade ago and now lives in Delhi. I write with a sense of gratitude that Chacha Bihari Lal extended all due help to us and treated me and my family with lot of love and care during my initial years in Delhi. Bishambar Mahey (brother of my friend Sat Paul) also comes to my mind. I don't know exactly but some years before I was told that Bish Mahey (as he is known) held a good position as Director/Producer at the BBC in London. We shall be proud of Bish Mahey. I may be excused if I have missed some other person who deserves a mention. It is not intentional but a gap of information and contact.

It will be difficult to conclude this without referring and mentioning some of my personal friends in Bootan Mandi, outside the realm of the Sethhood. I interacted and associated with most of them in some of my social and civic activities under the umbrella of the Guru Ravidass Youth Club in the 60s.

These are: Hardial Banger - a complete gentlema 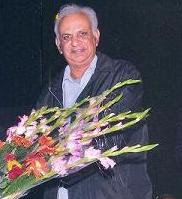 n, Manohar Mahey - a down to earth businessman with social and friendly aptitude. He is also the President of an NGO called Vigilant Brotherhood, Hussan Baudh - as good as the Budha. He contributed positively to the establish the Budha Vihar in Bootan Mandi alongh with Darshan Kaler and others., Ram Lal Kainth - a scholar and philospher friend, Sat Paul Mahey - can even sell Taj Mahal ( a made a mark in insurance business). Yet another name which comes to my mind is that of Swaran Duggal. He is a good man but unfortunately lost his bearings and lost track. It is a pity. After a few months as of now, after I retire from the Indian Foreign Service, I intend to go back to Jalandhar and revive my association with of them and benefit from their experiences. I think, it will be a good fun.
Posted by ramesh chander at 4:20 PM