Beyond the News - The Ambedkar Times 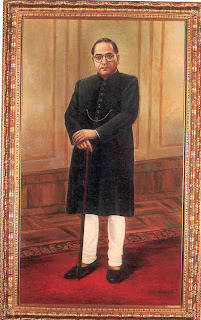 The legacy of Dr. B. R. Ambedkar is of interest to me and also to the millions not only in India but beyond across the world at large. There are several publications - newspapers, magazines, handouts, etc. whi 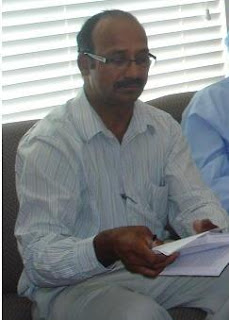 ch are dedicated to the name and legacy of the great leader and social reformer - Dr. Ambedkar. Today, I will comment on one such important newspaper and on-line web-site. - The Ambedkar Times which is published and hosted by Mr. Prem Kumar Chumber from Sacramento (California), USA. I regularly peruse and follow both the English and the Punjabi editions of the esteemed Ambedkar Times on- line on the Internet sitting cosy in my Study at home. I found the paper educative and informative particularly with regards to the issues and matters of interest and concern to the dalits and other weaker sections of the society. I wish the Ambedkar Times all success and good health and further prosperity to the Chief Editor Mr. Prem Kumar Chumber in the years to come. Though I have not met him in person as yet but we are in co

ntact through E-mails. I have found Prem Chumber totally responsive and forthcoming. I wished to write about him in my Blog but the paucity of information with me is the constraint. I know his brother Mr. C.L. Chumber who is also engaged in the Punjabi newspaper ' The Qoumi Udhariyan', being published from Jalandhar. He is also involved, like Prem, in social and community matters. Both the brothers and , I understand, their families are the followers of Guru Ravidass, Dr. Ambedkar, the Gadari leader and founder of the Ad-Dharam Mandal Babu Mangoo Ram Mugowalia and are fully dedicated to the common causes of the community.

While walking through my memory lane, I recall that some young enthusiasts of my native place Bootan Mandi in Jalandhar started bringing out The Ambedkar Times, a weekly in Punjabi in the late 1960s. Among this group, Shri Sagli Ram Shant and Shri Hans Raj Bhukha were the most active and engaged. It was a good effort but could not be sustained due to the obvious reasons of lack of funds and not so cohesive approach of the community. Dr. Ambedkar yet did not come on the radar of some of the leaders, particularly of the Congress and other national parties like the Jan Sangh and regional parties like the Akali Dal. The Republican Party was the deemed custodian of the Ambedkar's legacy. The scenario has changed. It was bound to change. Dr. Ambedkar is the celebrated hero of the nation and particularly so of the dalits. The legacy of Dr. Ambedkar will remain a potent force for the establishment of a just social order in India.

The good work, in spreading the message and mission Guru Ravidass, Dr. B.R. Ambedkar, Babu Mangoo Ram Mugowalia, being done by the Ambedkar Times under the stewardship of Mr. Prem Chumber, will go long way in adding positively to the movement and the lofty ideals of fraternity and brotherhood in the society. I wish the Ambedkar Times becomes a daily, the earlier the better. You may like to access the Ambedkar Times on-line at the following web-sites:

The power of media is great. The voice of dalits and other under privileged has to find its due space in the society as yet. The Ambedkar Times is expected to play a role in the process. Allama Iqbal wrote: