Dalits are increasingly facing the challenge of dwindling leadership both in terms of quantity and quality. It is a matter of real concern and worry for the masses belonging to the weaker sections of the society. My immediate provocation for writing this piece is the recently reshuffled Council of Ministers of PM Narendra Modi. 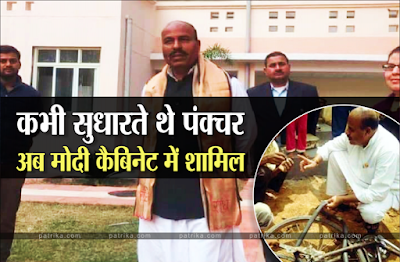 There are 12 Scheduled Caste Ministers – 1 of Cabinet rank and 11 Ministers of State. It is a glaring imbalance, only one cabinet rank minister for about 20% of the population, which may be noticed easily. But my intention is not to underline, though an important
point, this issue. I would confine myself on the vacuum in the hierarchy of dalit leadership which is widening over the years since independence.  Unfortunately, it is evident that a joint electorate as against separate electorate envisaged by PM Ramsey MacDonald in 1932 has resulted in this undesirable situation. Mahatma Gandhi and 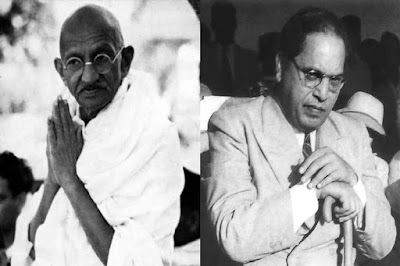 other Hindu leaders tricked and blackmailed Dr. B.R. Ambedkar and made him sign the Poona Pact, 1932. The new constitution stipulated enabling provisions for affirmative action for the empowerment of dalits in form of reservations including political reservations for reserved seats in parliament and legislative assemblies. These provisions for political reservation were initially made for ten years. But it is interesting to note that no political party wants to undo this in the name of so-called ‘merit’ and ‘equality before law’ even after more than 70 years. It suits them to keep dalits divided and continue to rule over them. This process is directly responsible for the situation where it is difficult to find a leader of pan-India status and image among dalits. Babasaheb Ambedkar realized this undesirable anomaly but it was too late and he quit the scene in December, 1956 in his death. Babu Kanshi Ram understood the problem and termed the current lot of dalit politicians as ‘Chamchas’ (Stooges). The situation is becoming acute with every passing year after year. There is no line of hierarchy among the dalit politicians who can really claim their presence and recognition throughout the length and breadth of India. None of the Ministers in the current central government has the stature and status to claim to be a leader beyond their electoral constituencies or may be their own states. Not that these Ministers are not able or capable, if one simply goes by their educational qualifications, experience, professional and political success -  at least two of them are retired IAS bureaucrats, two or three are qualified doctors, one or two are academic doctors and more than two of them have been Ministers for many years. But still the predicament remains; no one enjoys the status of a leader by his own right.

I will not go deep into history and start from contemporary times with Dr. B.R. Ambedkar who proved his mettle to be leader by his own right and contributed a great deal in handling the issues of the community besides his immense contribution in the national affairs. He tried his best to bring along many of his associates viz. Dadasaheb  B.K. Gaikwad, N. Shivam, Joginder Nath Mandal, Seth Kishan Dass among others, with a view to generate a second line of leadership but succeeded only partially. Babu Manguram Mugowalia, a Gadarite Baba,  played a sterling role in motivating dalit youth under the flag of Ad-dharam Mandal. Babasaheb Ambedkar was not oblivious of the requisite needs of developing a trained cadre of leaders. Towards the end of his demise in December, 1956, he endeavored to establish ‘School of Politics’ and did so but later in the absence of Babasaheb, it could not take off. Later on, after the launching of Republican Party, these leaders showed some promise and further developed yet another breed of leaders like B.R. Khabragade in Maharastra, B.P. Maurya in UP, Lahori Ram Balley in Punjab who could garner support and recognition beyond their respective regional domains but could not make a pan-India dent. On the other hand, just to counter Ambedkar, Congress Party propped up leaders like Babu Jagjivan Ram, D. Sanjivaya, Prithvi Singh Azad among others. Jagjivan Ram showed his political acumen and took the risk in 1977 to grab the coveted position of PM but the caste-machinations did not allow it to happen. Jagjivan Ram missed the chance to be one of the best PMs of India. In subsequent years, leaders like President K.R. Narayanan, Buta Singh, Chand Ram, Ram Vilas Paswan, Sushil Shinde, Meira Kumar, Kumari Shelja, P.L. Punia, Udit Raj, Charanjit Singh Atwal,  inter alia, under various dispensations came on stage but could not go far. Babu Kanshi Ram,
a visionary leader after Babasaheb Ambedkar developed a trained 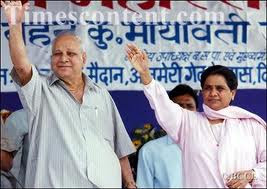 and motivated cadre in the name of BAMCEF and propped up leaders like Mayawati. Kanshi Ram could not hold on because of his paralytic sickness and Mayawati got confined to UP and finally bogged down under her own baggage of said to be ‘greed for money’. She did not allow a second line of leadership to come up, unfortunately. Under various political formations currently in the non-BJP outfits, leaders like Ramdas Athawale, Prakash Ambedkar, Raj Rattan Ambedkar in Maharastra, Jeevan Malla in the South, Chardrashekhar Azad (Ravan) in UP, Jeevan Mavani in Gujrat, Chirag Paswan in Bihar, Santokh Singh Chaudhary, Harinder Khalsa, Inder Iqbal Singh Atwal, Avinash Chander, Sushil Rinku, Pawan Tinu, Jarnail Nangal, Sukhwinder 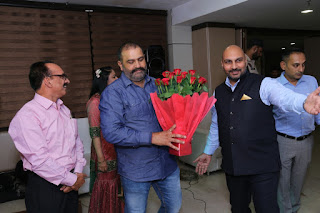 Kotli in Punjab are engaged in representing dalit communities but none of them has the promise and wherewithal to do so effectively and come up the to face the challenges of the future. Dalits, it seems, are boarding a rudderless ship. Political structures and rules of the game, willfully and cunningly created by the vested interests to keep dalits on the margins, tend to divide dalit votes and party whips restrict them to raise important issues and vote with a sense of freedom. The problem is acute. The MPs and MLAs elected from the reserved seats work for their respective parties and not for dalits as ordained in the constitution. 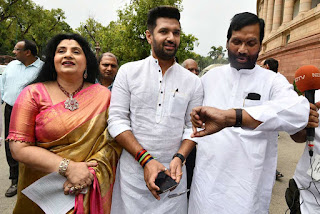 It may be observed, before I conclude, that all the 12 Ministers in the BJP government are almost dummies. Some dalit leaders in BJP are roped in by the crumbs. It is projected that BJP/RSS are taking due care of the hitherto neglected sections of the society both politically and socially.  One may count and list these names as Gautam Dushyant, Vijay Sampla, Som Parkash, Hans Raj Hans, Sunita Duggal, Rajesh Bagha, Rattan Lal Kataria, one or two Governors and to cap it all Mahamahim Rashtrapati Ram Nath Kovind. Nothing is changing on ground. The dictum of ‘one vote – one value’ has been negated 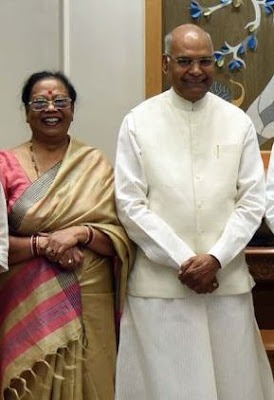 willfully. I am sorry to add. Though it is a fact that BJP by now is the largest party having dalit MPs and MLAs in India yet the fact remains that BJP could get this distinction not be winning over dalits or doing something concrete for them but by sheer mathematics of dividing the votes on one hand and exploiting the poverty and under-development inflicted on these hapless masses.

What is the solution? It requires an in-depth study and analysis of the issue. It seems it would take another century to change the Manuwadi mindset to do away the social maladies like caste system in spite of all the constitutional provisions. I think drastic steps are required to be taken. The beginning should be made by the dalit leadership itself. Start with abolishing and withdrawal of political reservations. It has outlived its utility. I think, after that, no dalit would be able to make it to the Parliament and Assemblies. First the major parties like BJP, Congress Party and other Hinduwadi outfits would not risk to field SC candidates. Second, even if they field some as a face saving exercise, SC candidates would not win because of caste prejudices, lack of money and muscle power. On the other hand parties like BSP, Azad Samaj Party, Republican Party, Dravid Bahujan Party, and others should contest on the basis of the slogan given by Babu Kanshi Ram – ‘Jis ki jitni sankhiya bhari; utni

us ki hissedari’. Most of the SC candidates are unlikely to make it and get elected still. That would tend to trigger a real revolution both in the society and the polity. That is what we need to realize the dreams of Babasaheb Ambedkar and Kanshi Ram. The ‘Chamcha Age’ would end and dalits would have leadership which would have to perform to remain in the reckoning.  It would tend to result in real peaceful revolution under the constitutional arrangement which Ambedkar made himself so laboriously. Faiz Ahmed Faiz may give some encouragement and hope to the teeming millions: -

Posted by ramesh chander at 6:25 PM