Laughter from our daily routine is drying up, unfortunately. Someone has rightly said “Politics is the gentle art of getting votes from the poor and campaign funds from the rich by promising to protect each from the other.” It fully justifies what has happened in India so far. There is no alignment or polarization on the basis of ideology and programme. All political outfits and the players in the game are the same. BJP, it seems, is having one item agenda of blaming Nehru-Gandhi family and the Congress Party for every problem of the country. And to say something on the opposition, I am reminded of a political assertion which became an instant joke. In the early years of our independence, Congress party boasted of a network of canals for irrigation and termed the majestic Bhakra Dam as a ‘Temple of 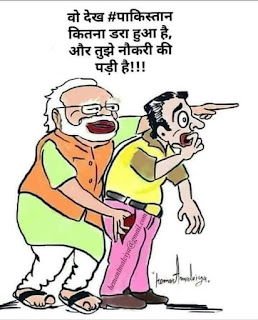 modern India’ and claimed that soon there would be agricultural revolution. The opposition, say the communists, countered it and said that the water being given by these canals and dams would be of no use as the electricity had already been extracted from the water. The common man did not know the nitty-gritty of this and was further confused by the clever politicians.

In a recent article in the Hindustan Times, the Congress leader Abhisek Manu Singhavi thoughtfully quoted Delhi High Court’s humorous assertion in a case, “The viewers who want to watch action films should (instead watch TV debates on current affairs…”. For the last more than a month, all the TV channels, particularly those who tend 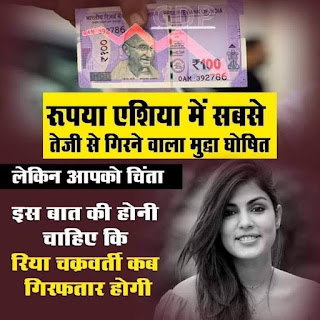 to stand with the powers in Delhi are obsessed with the death of actors Sushant and Rhea as if that is the only problem the country is facing. Yet another actor Kangana has also joined the league and TV channels have picked up the threads as usual, some spicy material to sideline the real issues on which governments are supposed to answer questions. Who says there are no comic movements in politics and governance in India?

It seems the authorities have washed their hands of the corona virus and have accepted it as ‘an act of God”. The responses to fight the virus are – wash hands, wear mask and keep social distance and be “aatmnirbhar”. The thalibajao and light the candle gimmicks are 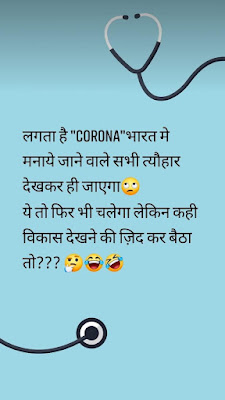 forgotten. The worrying factor is, India has reached a figure of 45 lakh positive cases with about 75 thousand deaths with daily addition of almost one lakh of infected cases. It seems the situation is getting alarming every passing day. We are busy in discussing the charming actors of Bollywood, naming the critics as anti-nationals, banning the books on riots, contempt of court etc. When will we mature and control the noises of intellectual hypocrites - ‘Bharat PuchtaHai” a catch line of Republic Bharat TV channel. Can we stop this joke on the nation called India?

Here are some jokes in circulation, though people are scared to narrate even jokes lest they are termed as anti-nationals:

A telling comment on treatment meted out to actor Rhea:

Good explanation of love to convince a grumbling wife:

Wife: Why can't I feel/see your love and affection for me?
Husband: It’s asymptomatic love!

I conclude as usual with a poetic quote taken from the social media: 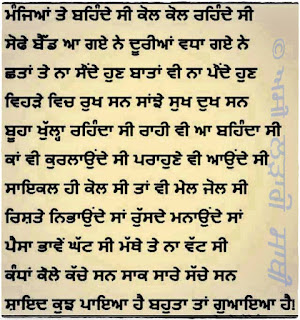 Posted by ramesh chander at 6:11 PM