Analytical Commentary on Poona Pact of 1932

Analytical Commentary on Poona Pact of 1932

I have written about Poona Pact of 1932 signed between Mahatma Gandhi and Babasaheb Ambedkar a couple of times before and gave my views. The anniversary of the Pact falls on September 24. Editor Prem Chumber of the Ambedkar Times invited me to write a piece on the subject for the esteemed paper. I was a bit lethargic as much has been said and written on the subject and moreover now, it has no practical relevance and it has gone to the realm of history. An immediate provocation to say something again on Poona Pact was the video message of a staunch Ambedkarite and an intellectual living legend Lahori Ram Balley which I heard on Facebook a little while ago. I am not inclined to go to the facts and figures in this regard and would limit myself to a running commentary on the importance of Poona Pact and how it contributed in bringing the depressed classes on the political map and agenda of India in the subsequent landmark events of India Act, 1935 and finally the Constitution of India. In fact, in other words, it turns out to be a 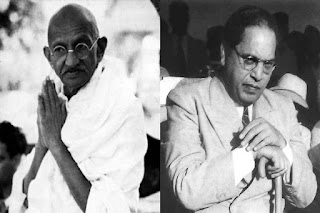 tribute to the sagacity and integrity of the one of the greatest sons of India, Babasaheb Ambedkar on one hand and the suspect attitude of Mahatma Gandhi in blackmailing Ambedkar to watch and protect the interests of the Hindu society at large at the cost of dalits on one hand and the treachery of the ruling elite after independence on the other by not faithfully implementing the special provisions made for the Scheduled Castes to give practical shape to the understandings stipulated in the Poona Pact in all sincerity and solemnity. I think, that is why, later Ambedkar himself termed the Pact a “mean deal” as it could not deliver as promised and visualized both by the society and also by the polity.

The Separate Electorates to the depressed Classes in line with the similar provisions for Muslims, Christians, Sikhs etc granted in the Communal Award of PM Ramsey MacDonald was the result of Ambedkar’s untiring efforts and assertions at the Round Table Conferences much against the agenda and wishes of Mahatma Gandhi who wanted dalits to remain in the fold of Hindus. Mahatma Gandhi tried his best to convince the British rulers in Delhi and London to undo the Separate Electorates offered to dalits in the Communal Award but failed. He flouted his usual weapon of “fast” to exploit and compel the British rulers on one hand and also the recognized leader of depressed classes, Babasaheb Ambedkar on the other. Gandhi started his “fast unto death” in the Yerawada jail in Poona where he was detained. It was one of the cunning tactics of caste Hindus led by Gandhi to stop a separate identity of dalits and to defeat Ambedkar. The whole country was made to stand and oppose separate electorates to the depressed classes. The atmosphere was so vitiated with hatred that Babasaheb was condemned as anti-national and anti- Hindu. He was threatened to be killed before something untoward happened to Gandhi. The wife of Gandh, Kasturba made appeals of mercy to Babasaheb to save the life of her husband. Hindu fundamentalists like Babu Rajendra Prasad, C. Rajagopalachari, Madan Mohan Malaviya among others appealed and requested Babasaheb Ambedkar to save the life of Gandhi by rejecting the separate electorates to dalits and remaining in the Hindu fold. It was a very difficult and critical preposition before the sole leader of the depressed classes. On one side, he was to abandon and forego voluntarily the gains and advantage he himself achieved at the Round Table Conferences and otherwise for the benefit of the depressed classes and on the other to prove his credentials as a nationalist and a caring leader for the overall good of the main stream of the society. There were threats to his life. Balley Sahib in his message which I mentioned before narrated a historical fact of an editorial written by Mahasha Krishan in the Urdu paper The Partap published from Lahore where he threatened that Ambedkar must be careful and considerate in taking the decision as dictated by the Hindu leaders led by Mahatma Gandhi otherwise before the final rites of the Mahatma, if he died in his “fast unto death, the funeral of Ambedkar would be held before that. One can easily gauge the gravity of the situation. Ambedkar was not only a consummate intellectual politician who not only knew the universally accepted dictum ‘politics is an art of the possible’ but also subscribed to the lofty ideals of compassion and morality of the Buddha. As a true nationalist and recognizing the value of Mahatma Gandhi’s role as a leading light of the freedom movement and also his preference to bring about cohesiveness in the society at large instead of ushering the country into communal divide and hatred decided to cooperate and agreed to the submissions of Mahatma Gandhi and other Hindu leaders which resulted in the famous Poona Pact of 1932. Babasaheb Ambedkar was a negotiator par excellence. He tried his best and convinced the Hindu leaders to see the situation of the depressed classes in the Hindu fold and do something concrete to ameliorate their sufferings in the Manuwadi set up. There was no option with the Gandhi camp. In the Poona Pact, Ambedkar got more facilities and enabling provisions for the depressed classes than offered in the Communal Award by the British rulers. Not only the reserved seats in the legislature but also special provisions in education and socio-economic aspects with a view to integrate dalits with the main stream of the society as equal partners. With this the much maligned concept of ‘Reservation” was born which finally found enumeration in the Constitution of India of which Babasaheb himself was the architect and pilot. The opponents of ‘Reservation” for dalits are ill- 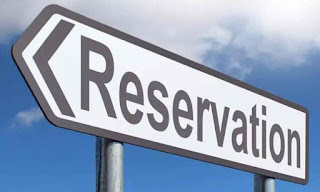 informed and half educated that nobody offered the special provisions of reservation etc. on the platter out of magnanimity and compassion but were achieved with ardent and consistent efforts and sacrifices by Dr. Ambedkar and his associates and the suffering masses. The spirit of Poona Pact will remain alive under the overall impact and implementation of the Constitution of India. The only negation which comes to my mind is that by foregoing the separate electorates, dalits lost an edge in electing their true representatives in the parliament, legislatures and municipal bodies. Perhaps this is the reason by Manyawar Kanshi Ram called them “Chamchas” and some of the dalit activists opposed the Poona Pact. Let us leave it to historians to judge and give their verdict.

All said and done, I have no hesitation in saying that whatever Ambedkar Sahib did and accomplished in signing the Poona Pact was a master-stroke in the given times and circumstances under difficult and trying conditions. Babasaheb proved himself as a great and visionary leader. With this, I remember Poona Pact of 1932 the harbinger of political and social space for dalits  in the map of India. Salutes to Babasaheb Ambedkar.

Posted by ramesh chander at 6:43 AM