Dr. S. Jaishankar – Congratulations – Democracies are intermittently prone to throw surprises. One such surprise or say a wonder of democracy happened on May 30 on the inclusion of Dr. S. Jaishankar in the Cabinet of PM NarendraModi. It is a well deserved appointment, no doubt, but the decision and gesture by NarendraModi and Amit Shah also require applause as an ‘Out of 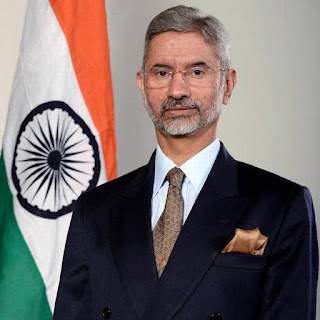 the Box' move. Dr. Jaishankar, one of the best diplomats of India, has been allocated the most coveted Ministry of External Affairs and rightly so. Is it the beginning of much needed ‘Out of the Box Diplomacy’, visualized by the outgoing EAM SushmaSwaraj and PM NarendraModi in outset of their first term in the government? If it is so, it is a welcome step to meet the challenges of the future and to address the ongoing problems and issues in the realm of India’s relations with the world and particularly with the countries in our neighborhood.  Dr. Jaishakar is singularly suited to undertake and do the job with his vast experience and intellect as one of the best diplomats of India. I wish him all success in the years to come.

When HardeepPuri, yet another senior colleague in the IFS, was appointed MoS in NDA -1 in 2017, I wrote about him which maybe accessed and may be of interest at www.diplomatictitbits.blogspot.com/search?q=Hardeep+Puri.
I thought of writing a few lines about Dr. S. Jaishankar too with whom I have had the good fortune to work and interact. I first met him in Colombo, Sri Lanka,sometime in 1987-88 in his office during one of my official trips from Kandy where I was the Second Secretary. I was impressed by his easy demeanor with a baby face look. I must say with haste that talking to him was satisfying professionally and otherwise. I followed him in Tokyo in 2000. He had left for his first Ambassadorial assignment in Prague. But Tokyo was full of him both in the Embassy and outside, a competent professional with a humane face. He was, as Deputy 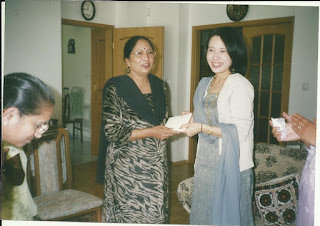 Chief of Mission, the leader of the Embassy team to face and deal with the resentment and anger of Japan, both the people and the government, to India’s nuclear tests in 1998-99.  Dr. Jaishankar was respected in Tokyo not only as an excellent diplomat but also a simple and straight human being. It was my good fortune that my association with Dr. Jaishankar was destined. From Tokyo, I was posted to Prague, Czech Republic as a Counselor where he was the Ambassador of India. I did not contact him on account of some non-professional reasons which I will not like to write here. But I know that Dr. Jaishankar was fully briefed, good or bad, about me by one of my immediate bosses in Tokyo. I kept Ambassador Jaishankar informed of my travel plans and joining them at Prague through my colleague and friend K.R. Chari, whom I affectionately called Raja, ever since we both joined MEA in March, 1970. On reaching Prague sometime in January, 2004, I met Ambassador Jaishankar in his office. He received me with warmth and extended all the professional courtesies and made me at ease. I was one of his admirers in the service. His stock in my mind went up and high in the background of my presumed briefings from Tokyo.  I found Dr. Jaishankar a through professional in his work and a fine human being in social and personal etiquette. He occasionally briefed the senior diplomats about the current issues and he adviced the course of action in the process of the Embassy’s work. He also kept the supporting staff in good humour and interacted with them. I being his Deputy as No.2 of the Embassy as a Counselor and later Minister, Ambassador Jaishankar treated me very kindly and gave me free hand to handle the assigned desk. I vividly remember when he invited us to India House in Prague to watch a cricket match between India and Pakistan as most of us did not have Sky TV facilities at our residences. While we were watching the match, he along with his domestic help, a young boy whom Ambassador Jaishankar liked very much, slipped out quietly and brought loads of Dominos Pizzas and coke for a handy lunch. I cherish that hospitable gesture of my honourable boss, Dr. S. Jaishankar.

As regards his thinking on the foreign policy of India in the coming years, just before his appointment as the EAM, Dr. S. Jaishankar  said, while speaking at the book launch of ‘Indian Foreign Policy : The Modi Era’ of Harsh Pant, that the country will have to position itself by optimising ties with all the major players which include “cultivating America, steadying Russia, managing China, enthusing Japan and attending to Europe”.  The challenges are big and complex. Let us wish our man at the helm, Dr. S. Jaishankar all the best in his new assignment as the EAM of India.

Posted by ramesh chander at 6:03 PM