The Dance of Democracy – Peoples Verdict - 2019

The Dance of Democracy – Peoples Verdict - 2019

The final act of The Dance of Democracy has been staged. The people’s verdict is in hand – with the decisive victory of Narendra Modi under the aegis of BJP and its allies. On the day of voting, after casting my vote, I posted in my Facebook time line, “Participated in the Dance of Democracy with a sense of regret and dissatisfaction. The political class has failed us 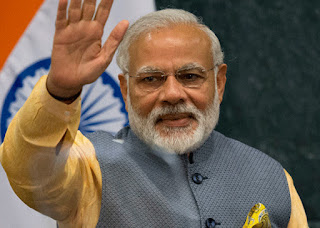 Today, May 23, the day of counting of votes, it has become clear by the afternoon that The Peoples Verdict has favoured Narendra Modi and his allies to run the country for the next five years with a clear majority. From apolitical perspective of a common man, I posted in the Facebook, “The 2019 elections have clearly indicate, to my mind, that the concept of Bahujan Samaj and also a joint front of Minorities, OBCs and Dalits, has lost its relevance. It is just a quick byte from a novice.

Joining the main stream of the society under the lofty ideals of just and equitable order .i.e. Samrasta is the only way. The marginalized sections of the society and their leadership are required to undergo a deep introspection to respond to the challenges of the future.”

Meanwhile, Narendra Modi has said in a Twitter message on the Peoples Verdict, 2019 and reiterated his vision for the new dispensation: “Together we grow. Together we prosper. Together we will build a strong and inclusive India. India wins yet again! #VijayiBharat,”
सबका साथ + सबका विकास + सबका विश्वास = विजयी भारत

Let us wish the new incoming government elected by the people all success in the years to come.”

Posted by ramesh chander at 4:53 PM