Ambedkar College at Bootan Mandi, Jalandhar
The residents of Bootan Mandi, my native place, and also that of the other nearby areas have been clamoring for a girls college in the vicinity of these localities which is predominantly inhabited by socially and economically weaker sections of the society. Most of them are the followers of Babasaheb Ambedkar and as such they would be happy if the proposed college is named after Ambedkar. The proposed location i.e. the plot of land for the purpose is available which is currently called Chara Mandi. It is an ideal 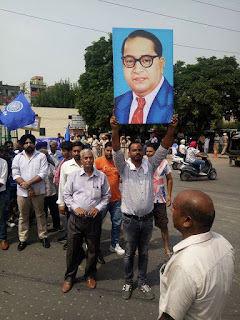 location for the college dedicated to the memory of the greatest son of India, Babasaheb Ambedkar – near the Ambedkar Park at Bootan Mandi, on the Ambedkar Marg (Nakodar Road), near the historical residence of Late Seth Kishan Dass where Dr. Ambedkar stayed in 1951, not far off from the Ambedkar Bhawan and one of the busiest crossings of the city, Ambedkar Chowk. The Seths of Bootan Mandi tried to have a college in Bootan Mandi in association with the personalities like Sufi Singer Hans Raj Hans but these half-hearted and insincere efforts failed as expected. The successive governments of the Congress Party and of Akali-BJP alliance promised the college at the site several times over the last two decades. MOS Vijay Sampla of the BJP also broached up the subject towards the end of 2016 in the run up to the early 2017 elections. These things remained in the media without any result. I wrote about this earlier in my blog:

http://diplomatictitbits.blogspot.in/2016/11/news-and-views-dalits-feel-cheated_3.html
With concerted efforts of some of the youngsters headed by Jagdish Disha, Vari Klair, Parshottam Klair, among others, the proposal has seen light, it seems. Ministry of Education, on advice of the Education Minister Aruna Chaudhary, has informed the District Collector of Jalandhar of the decision to establish a college in Bootan Mandi and has written to him to prepare a case and identify 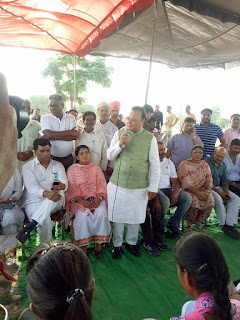 and acquire land for the project. Congratulations to all concerned activists who were fighting for the college and those politicians namely MP Chaudhary Santokh Singh, MLA Sushil Rinku and others. The ball has been set into motion but the game has to be played by us. Let us not lower our guard till something concrete happens. There are many slips between the cup and lips. We should convince the Hon’ble Minister of Education Aruna Chaudhary to complete all procedural requirements in this regard so that the foundation laying ceremony of the college could be held on April 14, 2018, the birth anniversary of Babasaheb Ambedkar. It will be a befitting tribute the great leader.

Babasaheb Ambedkar’s dictum – “Educate, Agitate and Organise” is as potent as it was and it will remain so in the years to come for the empowerment of the marginalized and weaker sections of the society and the nation at large. People are getting educated slowly but surely. The agitation for the college at Bootan Mandi clearly 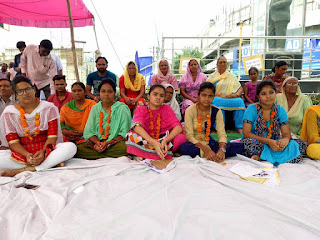 demonstrates that people are getting agitated for the right causes and that under constitutional means as propounded by Dr. Ambedkar. They are to get united and organized to achieve their legitimate goals in the run up to establish a fair and just order in the society. People have succeeded in convincing government for their just demand in a democratic way. It is a matter of satisfaction.

Posted by ramesh chander at 6:08 AM