The immediate provocation to write this is a brief story in the Outlook magazine of September 4, 2017 “The Missing Plate” about the Interpreter who was not served food at the banquet hosted by EAM Sushma Swaraj to her Turkman counterpart. It is a sad story which indicates the mindset to treat junior officials. It is gratifying to note that people, including media, have started taking due notice of these small but important etiquette and niceties. The position is 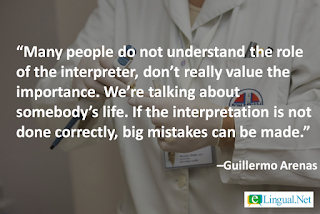 getting better to treat the Interpreters with all care and sensitivities. There were occasions in the 1970s which I witnessed personally in the MEA and PMO where Interpreters were not arranged to sit on the main table of the talks or meetings, leave alone dinners and lunches. It was indicative of the feudal mind of the senior bureaucrats and also of the political bosses i.e. ministers. India’s increased interaction with Russia, China and Arab countries brought into focus the interpreting needs for official interaction. Interpreters have started getting due recognition and place in the hierarchy, of late.

I understand, Interpreter Cell was disbanded in the early 1980s and Interpreters were deployed with relevant territorial divisions of the MEA. I again happen to work with at least two Russian Interpreters, Jyoti Savarkar and Suresh Babu, both young and intelligent. Jyoti stayed at my small flat in Delhi along with her boyfriend and later husband for a couple of years. Later, they could not maintain their love marriage and got divorced. Jyoti left for her native place in Maharastra and continued with her interpretation and translation work. I was told that she translated and dubbed the Mahabharta TV serial of B.R. Chopra in Russian language. Suresh Babu did well and is still in service. On my return from Kampala in October, 1997, I took over as Director (Central Asia) in the MEA. There also we had two Russian Interpreters, Sipra Ghosh and Ganesh Haloi.  Both are still in service. Sipra is a simple lady but highly motivated and good at work. I witnessed her interpreting with confidence and poise with PM Atal Bihari Vajpayee and EAM Jaswant Singh many a times. Similarly, Ganesh Haloi is a shy but dedicated professional. I am sure that both Sipra and Ganesh will go further up in their respective careers.

Interpreter’s cadre was a dormant cadre – Interpreter-Interpreter-Interpreter. They have been struggling to change the position. Except the lone example of Vasant Paranjpe, about whom I would write a few lines separately, nobody was able to change the track. Dr. Sherwani on his own, as I know, undertook additional responsibilities for Afghanistan and Iran Desks and set the ball in motion. Later when the Interpreters were deployed with respective territorial divisions, they got their normal designations as Attaches, USs, DSs, and Directors and so on and started doing additional work apart from their duties as Interpreters. It was a welcome change which opened more avenues for them. Santosh Ganguly was the first to cross the D-line who was appointed Consul General of India to St. Petersburg in Russia in early the 1990s. It took another twenty years or so for Suresh Babu to cross the barrier. He was appointed as Ambassador of India to Armenia in 2013. Suresh Babu is now a serving Ambassador of India to Mongolia.

There are some more interesting stories pertaining to Interpreters of MEA. Teresa d’ Souza and William Sadoc used to narrate these tales. Vasant Paranjepe, first Interpreter to become a Joint Secretary (EA) and Ambassador of India, was a carefree and unkempt official in his younger and formative years. Teresa even combed his hair when he was called by PM or EAM for Interpretation on a short notice. Paranjpe was a brilliant Interpreter. Chinese Premier Chou-en-Lai, seeing his fluency in the Chinese language, when he worked as an Interpreter for talks between him and PM Jawaharlal Nehru complimented Paranjpe by say that he knew better Chinese than Chou-en-Lai himself. I have had the opportunity to meet him in Peking (Beijing) in 1978 during the visit of then EAM Atal Bihari Vajpaye. Paranjpe was specially called from Pyongyang (North Korea), where he was the Indian Ambassador, to be a member of the EAM’s delegation due to his expertise on not only the Chinese language but also the entire gamut of India-China relations. There was yet another Interpreter, Weer Rajendra Rishi alias Walliati Ram Rishi, who achieved laurels in his chosen field. Rishi was a scholar of Russian language. He was awarded with Padma Shri on his pioneering work ‘Russian Hindi Dictionary’.  He wrote some more books on the language and culture including: Roma - The Panjabi Emigrants in Europe, Central and Middle Asia, the USSR, and the Americas. Rishi was also the founding Director of Indian Institute of Roma Studies established in Chandigarh. There may be many more interesting stories about Interpreters which may be listed and told as they are not only first hand privy to ‘inside  and behind the curtain’ facts but also a treasure house of interesting incidents and tales involving dignitaries who shape and mould the destiny of nations and their people.

Posted by ramesh chander at 4:37 PM