An Open Letter of an AAM AADMI – Ticket Distribution Blues

All parties in Punjab are busy in the process of distributing and announcing their candidates for the forthcoming elections scheduled for early next year. It is a difficult exercise in an open and democratic system. It becomes all the more difficult in the absence of polarization of political forces and players on the basis of ideologies and agenda. Keeping the flock together is a real problem for the party bosses and leaderships. Dissentions and dissertations haunt the parties. But there is no way out. The leaderships take these blues in their stride as part of the game.

Aam Aadmi Party (AAP), a self-professed party of volunteers and swaraj (self rule and grassroots governance) was the first to take up the cudgels and announced its first list as early as August, 2016 followed by more lists in subsequent months. AAP has already announced 103 out of the total of 117 candidates by now. As expected, it was not smooth. Many feathers were ruffled in the process. The bragged principle and norm of involving the workers and volunteers in the process of selection of candidates were ‘gone with the wind’ as an eye wash. The lofty ideals of ‘Three Cs’ – Corruption, Criminality and Character did not find much application in the process of picking up candidates, it seemed, by the party that claimed to be a ‘party with a difference. Some names did not even figure at the time of so called voting by the volunteers and they were given tickets. Some joined the party a day earlier and were made candidates ignoring the claims of those who were made to run and work. Some outsiders were accommodated rejecting the claims of locals. It resulted in expected opposition and revolts by the aspirants of tickets who were made to work as volunteers and provoked and advised to spend huge sums of money by the said-to- 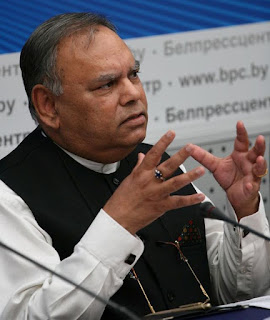 be central observers and their teams in the run-up to the final selection and allotment of tickets. The party has, it seems, suffered loss of credibility in the face of charges of corruption, demands of huge amounts of money, sexual exploitation, arrogance and high-handedness of the party bosses. The situation is not conducive and pleasant. There is wide spread heartburn among the ranks and files of the party. AAP claims to be a secular party with a national vision. But it seems it succumbed to the momentary temptations of caste and sub-castes, like the traditional parties, while allotting tickets. The case in point is that of four reserved seats – In Jalandhar West the ticket has been given to a person belonging to Bhagat (Kabir panthy) community. An Ad-dharmi Chamar has been favoured from Adampur. Kartarpur has been allotted to a Valmiki and Phillaur to a baptized Ravidasia or Mazhabi Sikh. All the four candidates are 10+2 educationally or even less as against highly placed and qualified professionals and retired officers. The distribution of tickets has given a definite set back to the party image and standing against allegations of corruption, money, sex and blackmail etc. The party would need to pay some additional attention to these blues to remain in the reckoning. I have written this not as criticism but as a matter of self introspection.

The Akali Dal is no exception. It has also faced problems in ticket allocation. But they are not as bad off as the AAP after the release of more than 80 seats out of their quota of 94 after seat sharing with BJP. At least there are no charges of corruption and money. The allegedly tainted leaders like Avinash Chander and Sarwan Singh and some others have been denied tickets. The likes of Pargat Singh have parted ways with the Akali Dal. The new comers like Seth Satpaul Mall, a turn coat and a spent force has been embraced on wrong assumptions of his nearness to a powerful dera in Jalandhar and his status in the community, to my mind. The Akali leadership has the advantage of being in power and a cadre based and top-heavy party with fewer avenues of protest and revolt. Moreover, the party leadership headed by wily politician Parkash Singh Badal is apt at smoothing the ruffled feathers by the principles of ‘Saam, Daam, Dand, Bhed’.

The Congress party is yet to announce tickets. They may do so in a day or so. Their problems are enormous. It is an old party with more leaders and claimants. The party structures have many layers of decision-making which make the job more difficult. The new entrants like Navjot Kaur Sidhu, Pargat Singh, Inderjit Bolaria have jolted the computations. There will be a lot of heartburn and protests on ticket allotments. Congress Party has to take this into their stride. Let us see how the things take shape.

The BJP with 23 seats to their share is somewhat at ease. They are yet to announce their candidates. The cadre based party with the imposed discipline of the RSS is less likely to face much problem in selecting its nominees. The latest entry of Hans Raj Hans, a turncoat of the first order, may upset the Jalandhar West aspirant Mohinder Bhagat, son of the sitting MLA and a senior Minister in the government.

The fledgling outfits like the Apna Punjab Party of Sucha Singh Chottepur, BSP, Communist Parties, among others are finding it difficult to find suitable faces to make their candidates. They don’t have much at stake but to play spoilsport to make or mar the chances of a few with their random votes.

The position will be clear in a week or so as the announcement of election schedule is made by the Election Commission.
With regards,

“The education can hardly be the sole qualification for membership of the Parliament. If I may use the words of Buddha he said that the man requires two things. One is ‘Gyan’ and the other is ‘Sheel’. Gyan without Sheel is very dangerous. It must be accompanied by Sheel by which we mean character, moral courage, ability to be independent of any kind of temptations, truthful to ones ideals. I am very keen to that no member enters this august assembly who does not posses Sheel in adequate degree.”