Political temperature is rising in Punjab. All parties are busy in finalizing their candidates. Most of the 117 constituencies are likely to witness three cornered contests among the Congress, Akali Dal, BJP and AAP. The Akali Dal and BJP appear to be on the receiving end with its incumbency baggage. AAP was on the move upward a 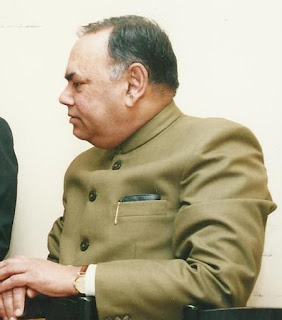 couple months before. But in between due to infighting on account of Chhotepur’s departure and dissatisfaction of ticket aspirants, the party image suffered a jolt. The Congress graph appeared to be on the rise. But the Congress is yet to face the ticket distribution blues. It will not be easy to keep the flock together, particularly on tickets to the new entrants like Navjot Kaur Sidhu and Paragt Singh and a couple of others. AAP declared its candidates early and they would benefit from it in terms of intensive contact exercise. But in between, the party has changed some candidates due to various reasons. It has not sent a good message to the supporters of AAP. Arvind Kejriwal’s intensive tour and well organized public rallies in the second half of November throughout Punjab have certainly helped in putting the party back on track, in spite of the fact that the party was seen on the back foot with its alliance with the maverick group of Bains brothers and their part Lok Insaf Dal. I only hope, being a humble member of the AAP, it recovers from this sense of lack of confidence.

I think, if AAP could take care of the following three factors in the coming two months, it would be able to make it in the final run:

·       The repeated allegations of corruption and demand of huge sums of money by the bosses of the party from the candidates and aspirants need to be addressed with all sincerity and seriousness. People tend to believe these things as it is commonly said that there could be no smoke without fire. AAP came up as a party against corruption. Caesar’s wife should not only be clean but also appear to be clean.

·       AAP leadership should not stand on ceremonies and false ego. They should reach out to disgruntled and estranged workers and volunteers including those who have been denied tickets.  It may not be out of place to mention that volunteers who have been denied tickets are sore with the leadership not because they could not get the tickets but because of the fact that the party managers made them run and spent money in the run up to tickets and finally the tickets were given to new comers and outsiders. The party bosses also did not think it fit to take them into confidence and explain to them the rationale behind the allotment of tickets.

·       Some four or five candidates have been changed due to one reason or the other. It has not sent a good message. The workers whose candidatures have been withdrawn have levied allegations of corruption and demand of huge sums of money by the leadership. They are likely to join the disgruntled group which met at Desh Bhagat Yadgar Hall at Jalandar on November 3 and the show was not exactly without reason. Some urgent damage control by the AAP is called for before goes out of hand. The party should desist from changing candidates.

·       The Central Observers and their teams have done good work to establish the party at the grassroots. But the allegations that the local leaders are totally side lined is gaining acceptance. A fine balance needs to be created. The volunteers like Sukhpal Kaira, C.D. Kamboj, Sat Paul, and others, I understand, are feeling suffocated. Jagtar Sanghera whose candidature from Nakodar seat may also join the bandwagon. Gurpreet Ghuggi, to my mind, is not taken seriously by the workers and volunteers as it is felt that he does not have any clout in the decision making process of the party. AAP should empower its local leaders. People are fast getting disenchanted with the Central Observers and it is not good for the party.

All said and done, it is high time that AAP gets serious and set its house in order. People wanted change and they saw a good alternative in the AAP. But with the fast changing scenario, the ground situation is changing. An urgent introspection by the party bosses is called for before it gets too late.