Bootan Mandi is a famous residential and business area of Jalandhar located at Nakodar Road (Ambedkar Marg). Most of the inhabitants of Bootan Mandi are dalits (Ad-dharmis) who were engaged in traditional leather business. On the out-skirts of the Mohalla, from the 1950s to 1970s, Mirasis, another segment of the dalit society, lived in their shanties/jhuggis. Their main occupation was to sing and cut jokes or do some comedy at marriages and on occasions of birth of a boy or any other auspicious event. Later, some influential  businessmen of Bootan Mandi acquired their prime location on the main road and provided them residential pucca houses at a site nearby. In those good old days, they were living in harmony as an integral segment of the society and inter-mingled with the Bootan Mandi residents.  They considered them as their mentors and depended on them for their bread and butter. Some of them are still living in and around Bootan Mandi. I vividly recall when some Seths of Bootan Mandi used to entertain themselves, off hand and impromptu, with the singing of folk songs by these Mirasis and pay them a few bucks. It is a matter of satisfaction that some of them really saw upward mobility and made a name not only for themselves but also for the society at large. It is a pity that the Seths of Bootan Mandi who claim to be the custodians of the legacy of Guru Ravidass and Dr. B.R. Ambedkar never showed any inclination in owning these Mirasi Musicians who excelled themselves in their labour of love against all odds both social and economic. I have noticed that these renowned musicians also, may be as a conscious or sub-conscious response to their neglect by their benefactors in Bootan Mandi, did not take pride in disclosing their heritage.  It is an injustice to the lofty legacy and ideals of Guru Ravidass and Babasheb Ambedkar. It is just a co-incident that Dr. Ambedkar precisely addressed a mammoth public meeting in October, 1951 at the very location where make-shift shanties of these musicians existed.

The immediate provocation to write about these worthy sons and 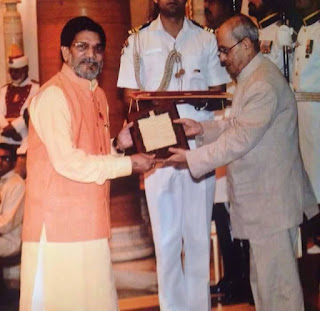 daughters of Bootan Mandi is the news that Ustad Puran Shahkoti has been conferred the Sangeet Akademi Award by the President of India, Pranab Mukherjee.  Puran Shahkoti, a living legend of Sufi music, spent his childhood and formative years of his youth in Bootan Mandi. His father Niranjan Dass (Nanjoo) was a good and humble person of the clan. It is a matter of great satisfaction that Puran Shahkoti educated and trained his talented son, Master Saleem, to become a recognized and renowned singer of standing not only of Punjab but also in Bollywood. There is a saying in Punjabi, “Guru Jina De Tapne; Chele Jan Chadap” (disciples excel whose guru is good). Puran Shahkoti is also the guru of world renowned Sufi singer Hans Raj Hans and many more established and budding singers like Jasbir Jassi, Sabar Koti, Parvez Pezi, Dilshan, among others. I take this opportunity to greet and congratulate Ustad Puran Shahkoti and wish him further success and laurels in the years to come.

The story does not end here. Bootan Mandi has the honour of owning yet another famous name and personality, popularly acclaimed as Bibi Nooran, a Sufi and rustic singer of standing. I have seen her singing both at impromptu sessions to entertain the Seths of Bootan Mandi and also at the Gurupurab celebrations of Guru Ravidass. Her son Karam Chand used to give her company on the harmonium. On recognition of her talent in the 1970s, Chief Minister Giani Zail Singh provided them financial assistance and a pucca house in Bootan Mandi itself. The famous Sufi song “Kuli Rah Vich Pai Asan Tere” which Bibi Nooran sang with aplomb is as good and kicking today as it was before particularly when it is rendered by Nooran Sisters, the great grand daughters of Bibi Nooran. Bibi Nooran’s daughter Swaran Nooran was also a good singer. It seems music was in the genes of Bibi Nooran.  Yet another acclaimed b musician the Mirasi clan of Bootan Mandi produced was Master Girdhari Lal who happened to be blind. He trained many singers and musicians in the area. I am told that, currently, Sonu Sunil of Bootan Mandi has already arrived on the scene and doing well particularly in spiritual and devotional singing. His maiden album cut and released by T-Series has been received well. Though I have not had any occasion to meet and listen to him so far yet I congratulate and wish him further success. 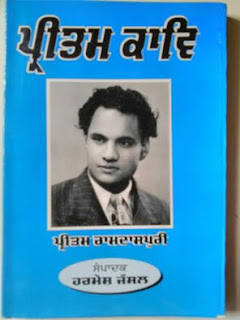 Besides excellence in music, Bootan Mandi, my native place, produced good literary personalities. The best of the lot was Pritam Ramdasspuri, a poet of standing who wrote on social themes in Persian, Urdu and Punjabi. I heard him reciting excellent poetry at various functions. Malind Publications of a fellow BootanMandian, Harmesh Jassal, published Pritam Ramdasspuri’s poetry under the
title “Pritam Kav” which was well received. Hans Raj Bhukha, a trade unionist and a social activist, was yet another poet who wrote revolutionary poetry of sorts. My own uncle (brother of my father), Jai Ram Parwana wrote poetry and songs on social and religious themes. Some of his songs have been sung by the legendary singer Hans Raj Hans and a collection of his works published under the title “Neechon Uch Kare Mera Govind” He had a good flare for drama and acting also. I am told that he formed a drama club and staged dramas against the dowry system which were well acclaimed. Later, a Punjabi film “Daaj” was made which was based on the dramas of Jai Ram Parwana. But 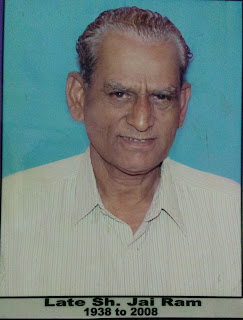 succumbing to intellectual hypocrisy, the film maker did not have the courtesy to ask for permission and give credit to Jai Ram Parwana. I take this opportunity to appreciate and recognize the literary and intellectual personalities of my native place Bootan Mandi. Bootan Mandi is yet to realize and own the rich legacy of its sons and daughters. I conclude this with an Urdu couplet: