In the 72nd year of India becoming a Republic in January 1950 after the promulgation of its constitution which declares India as ‘India that is Bharat shall be a Union of States’, it seems that the vision of our forefathers to make India a democratic polity is increasingly coming under stress. Of late, PM Narendra Modi’s government in its 8th year of governance with absolute majority in the Lok Sabha appears to be facing challenges which are bound to adversely affect the very edifice of Indian democratic federalism which might result in definite danger to India’s existence as an independent, sovereign and dignified member of the comity of nations. Without going into the details and blame game, it is time to sit and think to save India from ushering her into “Grammar of Anarchy” as feared by Dr. B.R. Ambedkar, the chief architect of the constitution. The political analysts both in India and abroad have already started terming our polity as ‘flawed democracy’ and ‘electoral autocracy’. It is a matter of concern and worry. India needs “Gyansheel” leadership, as advised by Babasaheb Ambedkar, with a sense of statesmanship to steer clear the mess which we have created for ourselves by placing our vested interests above that of the country. I have no hesitation in quoting Dr. Ambedkar again when he warned us in his speech in the Constituent Assembly on November 25, 1949 in which after explaining the history of how India lost her independence in the past and how it might be lost again. The visionary leader said, “Will history repeat itself? It is this thought which fills me with anxiety. This anxiety is deepened by the realization of the fact that in addition 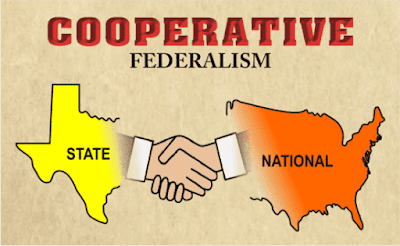 to our old enemies in the form of castes and creeds we are going to have many political parties with diverse and opposing political creeds. Will Indians place the country above their creed or will they place creed above country? I do not know. But this much is certain that if the parties place creed above country, our independence will be put in jeopardy a second time and will probably be lost forever. This eventuality we must all resolutely guard against. We must be determined to defend our independence with the last drop of our blood.” It is time to wake up before it is too late. I am reminded of an Urdu couplet of Allama Iqbal:

I am not an expert political analyst and write this as a layman but somewhat concerned and worried citizen about the on-goings in the administration and conduct of our senior functionaries. The immediate provocation in this regard came from some recent happenings of which all enlightened fellow citizens must be aware. Let me elaborate a bit:

i)                  Handling of the Covid situation: - It is presumed that Modi Government is strong and decisive with a thumping majority in the parliament. Unfortunately, the Government could not register its hold on the situation. It could not take along the opposition in dealing with the challenge. Rather than generating a sense of confidence among the masses with regard to labour migration, providing beds, oxygen and other medical facilities, vaccination, the Government remained bogged down in a blame game and finding excuses. Even if there were some inadvertent slackness in the conduct of the situation, there was no harm in admitting it and trying to rectify the situation. The leadership could not show ‘statesmanship’ and succumbed to scoring brownie points which went against the tenets of good governance. The resultant slugfest and bickering undermined the basic principles of ‘cooperative federalism’ as stipulated in our constitution in its letter and spirit. The opposition also failed to show their involvement and sincerity in working with the Government in dealing with the situation. It did not go well with our democratic credentials.

ii)               Political expediency prevailed: - It has been observed that, of late, the tendency to grab power at any cost has taken the driving seat. Both the governing class and the opposition remained busy in gaining political power by hook or crook without showing any scruples and adherence to the constitution, morality and propriety. Amidst the corona crisis, 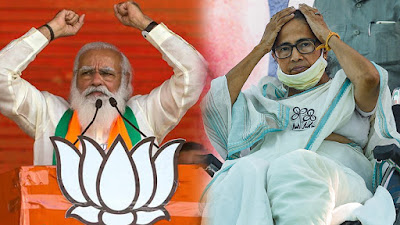 state elections were held without thinking of its repercussions. Unfortunately, the constitutional authorities like the Election Commission and so called free and fair media seemed to be towing the government dictates. Election Commission could have curtailed and streamlined the mindless election campaigns. The apex government agencies like the CBI, ED and others are used to settle political dissent. It is yet another area where we have miserably failed and the “Laxman Rekhas” crossed for political expediency. The constitutional coveted positions like Governors are unashamedly jumping in the arena to please their masters in Delhi. These are some of the disturbing trends for the democratic and federal polity which should be arrested, sooner than later.

iii)            The ‘Steelframe’ under threat: - The Civil Services, the so called ‘Steelframe’ and the permanent government of the country have increasingly come under stress and threat. It is not a good omen. The recent happenings in Maharashtra and Punjab involving senior police functionaries involved in slanging matches with their political bosses, the recent happenings in West Bengal involving extension, transfer to the Centre, and his appointment as an adviser to the CM stinks of rot which has set in the polity. Yet another example of insensitive conduct of the government has just come in Jalandhar itself – a senior functionary of the Enforcement Directorate, said to be an honest and straight officer, was handed over a charge sheet on the day of his retirement instead of a bouquet of flowers. Were the concerned authorities sleeping before, if there were serious charges against the officer? Can it happen without the nod of the Minister of Finance under whom the Directorate of ED functions? It is a disturbing trend which needs to be addressed immediately. Former Foreign Secretary, Shyam Saran has written, “There is a growing perception that the role and status of civil servants has diminished under the Modi government” in an article in the Tribune of June 2.

iv)            Judicial Overreach:- Of late, it has also been observed that the three principal organs of the state, as stipulated in the constitution, that is Executive, Legislature and Judiciary are loggerheads with each other; particularly the judiciary is trying to encroach upon the spheres of legislation and execution as the ‘High priest’ of the state. The case in point, to my mind, is the recent pronouncements and directions given by the courts in the matters pertaining to decisions and policies of the elected government with regard to dealing with Corona pandemic. It will be advisable to rectify the situation, before it gets too late. The system of ‘Checks and Balances’ in this regard is required to be adhered to scrupulously.

I have simply tried, as a novice, to underline and highlight some of the recent happenings which have undermined the principles and edifice of democratic federalism of our country. It was but obvious and natural that the tussle among the states vis-a-vis the Centre has generated avoidable heat and controversies detrimental to the smooth functioning in terms of the letter and spirit of the constitution. The 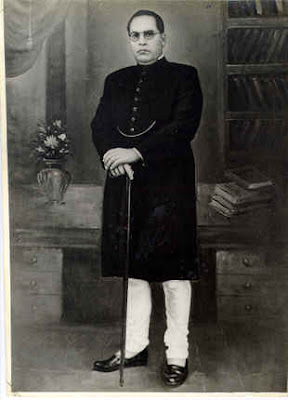 political leadership ought to be ‘Viveksheel’ and Gyansheel’ under the dictums of ‘morality and propriety’. Both the government and the opposition, political outfits, civil services, civil society at large need to look into this and have introspection to set the situation right before further damage is done. Let us once again visit Babasaheb Ambedkar and listen to what he said while cautioning the nation about the challenges ahead, in the Constituent Assembly, “I do not wish to weary the House any further. Independence is no doubt a matter of joy. But let us not forget that this independence has thrown on us great responsibilities. By independence, we have lost the excuse of blaming the British for anything going wrong. If hereafter things go wrong, we will have nobody to blame except ourselves. There is great danger of things going wrong. Times are fast changing.”
Posted by ramesh chander at 11:30 AM